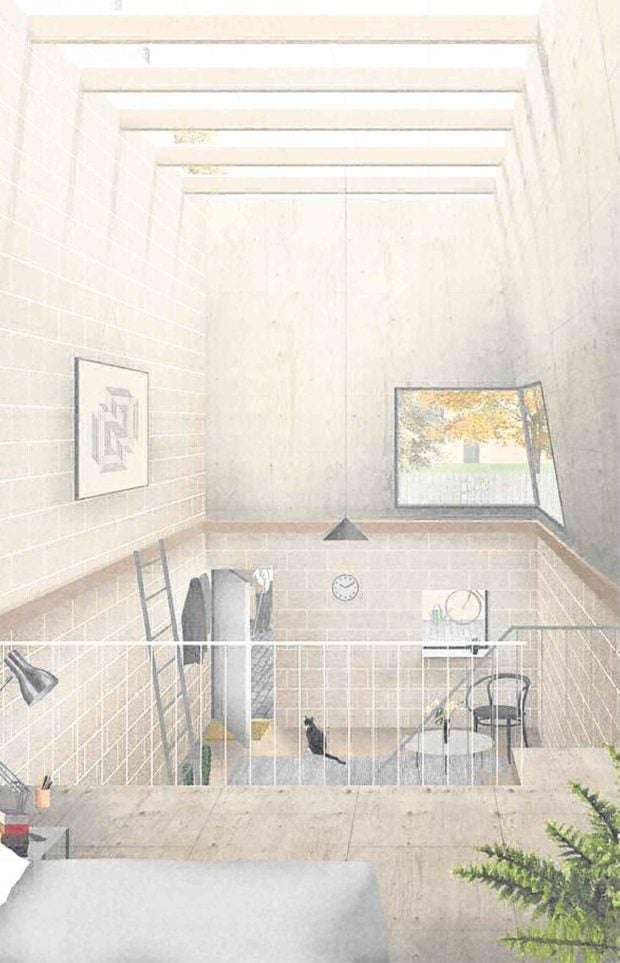 This depiction of a Naked House interior shows a possible layout in an open-type plan.

Bare, basic and brutalist. These words aren’t exactly what one would usually use to describe his or her home. Yet for many modern cities where housing has become a crisis, this kind of architecture is now being tapped as the next best solution.

In the past few years, developers have started to build with the middle class in mind. The need to develop homes for the average income earners has become evident especially in the world’s most expensive cities. Designed between social housing and luxury apartments, these homes would have to be affordable yet of quality.

In response to this growing need for middle-class housing, two developers have gone back to the basics.

Superlofts and the Naked House offer homeowners bare structure and shelter. The features are hardly what people would dream of living with, but the essentials are there. Touted as flexible and affordable, the projects are garnering attention and accolades.

However, is the world now ready to live in such basic homes?

One of the projects that spearheaded basic and flexible homes was the Superlofts apartments in Amsterdam.

Conceptualized by Dutch firm Mark Koehler Architects, the building separates the structure from the interiors. The goal of the project was to create an “urban village” that celebrates diversity and caters to its residents’ growth. 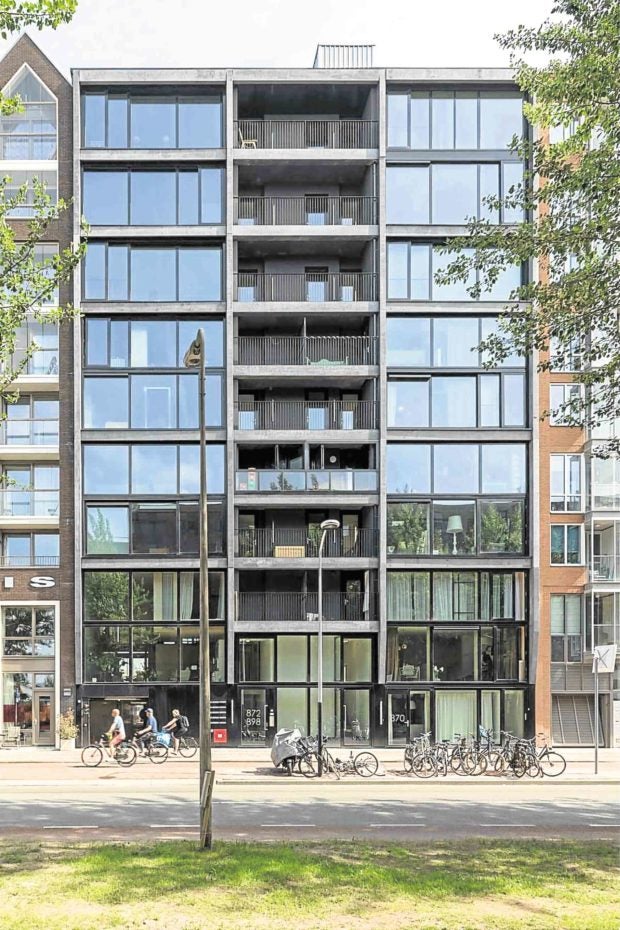 The Superloft project in Houthaven Plot 4, Amsterdam is built on a former industrial area.

The Superloft is a concrete grid framework with customizable interiors. The structural frame is completely built but residents are allowed to modify its interiors to suit their needs.

The community is also allowed to introduce shared facilities such as an elevator or a side garden. The building can accommodate anywhere from large or “XL” spaces to compartmentalized or “XS” homes.

Walls and floor levels are not permanent as residents can choose to combine or divide spaces over time. Utilities are also adaptable to the times, as the project’s open plan nature allows easy access to HVAC systems.

To date, there are four completed Superlofts in Netherlands, and many more are being developed locally and abroad. The existing projects have been retrofitted with sustainable features such as a smart facade that incorporates drainage, sun shading and ventilation.

Simple yet innovative, Superlofts ensures that no space will be outdated and unable to meet users’ needs over time.

Born out of frustration with London’s expensive and restrictive housing, the Naked House prides itself on being a “non-profit housing developer.” The group was formed by four young people in 2013 with a goal to provide affordable and flexible housing to the average income earners.

Focusing on the basics, the typical “naked house” features a simple shell to live in. The roof, exterior walls and the floor are in place, but the house is devoid of the usual finishes, fittings and partitions.

Residents are encouraged to modify the space and add features with the help of professionals or by themselves. To guide them in developing their homes, the management issues a detailed fit-out manual to outline the possibilities and limitations in their renovation activities.

The homes are made affordable through high street mortgage and the use of council land. The website of the company stated that the homes are cheaper by 20 to 40 percent compared to those on the open market.

Despite its economic nature, the houses were designed with architects who ensure that all the building codes and government requirements are met. The place is liveable, in the sense that it offers all the basic needs of a home, but is still adaptable to the personal preferences of its users.

The first Naked House is set to be constructed in Enfield in 2019 with support from London’s current mayor. The homes were designed by an architectural firm, OMMX, which won the project through a design competition.

The houses would be built on a land formerly catering to public parking and council garages. Interested buyers would be chosen through an application process. The estimated cost of each flat runs between £150,000 and £350,000, pretty affordable in a city where the average home on the open market sells for £580,000.

For people of modest income looking to own a home, this just might be the solution.

The good and the bad

These fresh ideas in urban housing have been met with both criticism and praise. They are both bold in their approach of stripping a home of embellishments and allowing user flexibility.

Superlofts has garnered numerous design awards for its unique housing concept. As Nicole Jewell, a writer for inhabitat.com puts it, the Superloft design not only offers optimal flexibility for homeowners, but also for cities.

Its adaptable design allows both domestic and public spaces to be used according to people’s needs. This eliminates neglected spaces in cities and helps provide people with affordable housing.

For people stuck on the idea of their own dream houses, shared housing might be a sacrifice that they are not willing to make. The customizable concept clearly shows who can afford to modify spaces and who can’t, possibly creating class segregation in a shared community.

The Naked House, meanwhile, is a concept that inspires divided opinions.

On one hand, it is favored by would-be homeowners looking to personalize their living spaces. As an applicant interviewed by dezeen.com explains, “I love the idea of a style less house. I think it’s ridiculous that money is wasted on putting in stuff that is pulled out straight away.”

On the other hand, the project is also being criticized for likening the home into an industrial structure devoid of domestic comforts. In the words of The Guardian columnist Dawn Foster, “Downgrading homes until they’re cheap enough isn’t an answer to the housing crisis: people still need decent homes to live in.”

Whether or not you are a fan of bare and flexible homes, the fact is that these projects are starting to occupy today’s busiest cities.

In an urban world that is slowly running out of space to accommodate its inhabitants, this kind of housing is offering a possible long-term solution. Perhaps not everyone is suited to these basic homes, but for those who are open to the idea, the homes offer an alternative to expensive in-city housing.

Only time can tell if the Philippines is ready for such housing solutions, and if the concept would find favor among our breed of condominium owners and urban dwellers.

The author is a licensed architect who studied abroad and currently works for DSFN Architects. Personally, she doesn’t find bare, concrete homes attractive but she would jump at the chance to design her own living space.