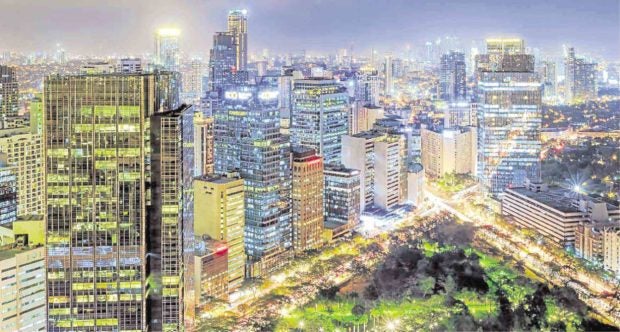 They are emerging as a strong force in the local real estate market, significantly driving demand across segments.

The influx of offshore gaming companies—many of which are Chinese, thanks to the warmer relations between Manila and Beijing—has notably spurred demand for office spaces in the last year or so, even cushioning the slowdown in take up by the business process outsourcing sector in 2017.

Consequently, the growing presence of these so-called POGOS (Philippine offshore gaming operators) has seen the arrival of many Chinese investors and employees looking for residential spaces across the metro.

Evidently, POGOs are now one of the biggest disruptors of the Philippine real estate landscape, particularly in areas where they are present.

“For residential developments, the POGO market represents one of the newest and most significant changes in the real estate industry. The growth of the POGO industry has been quite strong and this has spurred a lot of take up for residential units. If we take a look at the vacancy rates in Metro Manila, generally, they are going down and much of that is because of the POGO industry,” Ortigas & Co. COO Thomas Mirasol said in a briefing hosted by Lamudi Philippines.

“The big difference between what has happened in residential real estate in recent years vs. in previous years is that we did not have many new residents coming in. Essentially, what we had were the effects of growing population… In recent years however, we had this influx in the POGO market where people by the thousands are coming over and they are taking up residence… This has spurred  a new demand for residential real estate,” Mirasol explained.

Data from Colliers International Philippines showed that vacancy rates in the Makati central business district, Fort Bonifacio, Rockwell Center and Ortigas Center all declined in the second quarter due not only to stronger leasing from foreign and local professionals working in CBDs, but as to the Chinese investors and workers employed by offshore gaming companies.

A concrete proof of this growing residential demand due to POGOs can easily be seen in the rising take up of office spaces by these companies.

There are reportedly 51 offshore gaming operators in the Philippines as of June, and most are located in the Bay Area, occupying office spaces ranging from 10,000 to 30,000 sqm.

Michael McCullough, managing director of KMC Savills, disclosed that office take up of POGOs last year reached some 400,000 sqm. For 2018, they expect the same take up, bringing the total to some 800,000 sqm in the last two years.

McCullough shared that if you estimate one person to occupy every 5 sqm, that will be equivalent to some 160,000 individuals potentially working in these facilities.

Admittedly, there is a certain risk that goes with leasing to foreigners employed by these gaming companies. Some had expressed fears about its sustainability, thus prompting several developers to limit their acceptance of POGOs.

“Managing property that has POGOs can be quite a bit of a challenge but it’s really been a huge opportunity for landlords and for a couple of areas like Makati and Pasay,” McCullough said.

“Ten years ago, we saw something similar happen. It was not POGO but the immigration from another Asian country. When that wave happened,  there were similar concerns. But now, no one talks about it, because that group has successfully assimilated themselves to the Philippine culture and I think we will see the same thing with many of the POGO users,” Mirasol further noted.

On another development,  Lamudi Philippines CEO Bhavna Suresh meanwhile announced that they are already halfway through their survey for the second edition of The Outlook, which is being co-presented by the Property Section of the Philippine Daily Inquirer.

It can be recalled that all nominations for The Outlook would go through an esteemed panel of judges, who lent their expertise in identifying which projects and developers made the biggest waves in Philippine real estate this year. The shortlisted nominees would have to go through some 10,000 property seekers, based on their search interests, to determine the winners for each category. The only exception would be the nominations for the Special and Personality Awards, which were screened only by the judges.

At present, Lamudi has already surveyed some 5,000 property seekers.

With more than 10 million user preferences recorded on the Lamudi platform every month and over 100,000 active properties, Lamudi clearly has the advantage to truly understand the needs and wants of the Filipino property seeker.

A total of 18 awards (divided in three main categories) will be conferred in November, during which Lamudi will be hosting a gala that will honor the best real estate projects and developers of the country, as based on the results of the survey.