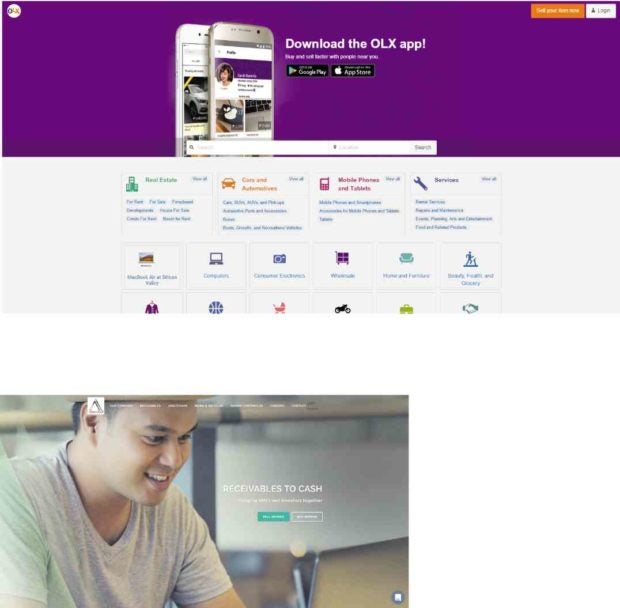 Due in part to the millennial generation’s propensity to create their own opportunities for themselves and the government’s recognition of the role entrepreneurship and startups will play in the immediate future, the startup ecosystem is alive and stomping.

According to Nora Terrado, DTI Undersecretary for the Trade and Investments Promotion Group, though they maintain a database of known startups, there are “anecdotally about 500 startups in the country, some would say about 750. But you know the success rates, many of them pivot. Sometimes they change name or change branding.”

It can’t be denied that the local startup scene is abuzz, benefiting from the formation of numerous incubators and accelerators, startup events, and the wave of startup pitching competitions that give founders opportunities to gain visibility and a much-needed financial shot in the arm.

Oftentimes, at the most critical point when it all but saves them from extinction.

There are a number of notable startups past and present that merit a close watch, if only to recognize the threats and opportunities we can learn from them.

One does not have to look too far to see how the local startup scene has produced winners capable of creating solid companies that create long lasting value, and substantial financial rewards for its founders.

The two have successfully taken Sulit which they built in 2006 with P2,400 capital into the country’s first user-generated online classified ads.

The couple made a successful exit in 2016 when it was acquired by Naspers, which then unified all their classifieds businesses in the world under the global brand OLX.

“Being able to step down from the company we started 10 years prior was part of our personal goals,” Rj shares. “The startup ecosystem changed a lot during those 10 years. When we started, ‘startup’ wasn’t even a word being used locally. There were no communities, and no support ecosystems back then. So we made more mistakes but nobody to take advantage of those mistakes but ourselves.”

Two years post-OLX, the itch to innovate continues with Rj and Arianne as the financial windfall now allows them the freedom and liberty to take bigger and riskier bets as they now set up a number of other tech-related businesses.

“Previously, when given a choice between money now versus a bigger sum years into the future, I had to assess if my family had enough food on the table. The safety net I have now can allow me to think long term in terms of my personal finances. These levels of privilege can have tremendous effects on how a person decides on the future of a company.”

Currently, with a more competitive environment and limited funding sources, the Catch-22 of scale vs. funding hounds most startups.

You’ll need a certain amount of scale to attract funding but you need to get funded to achieve the scale that would be attractive to investors.

Albeit limited, funding sources are slowly finding their way to our shores, and sound fiscal and growth management is now the battlefield that having a new solution and being first to market was years ago.

Startups by nature are accustomed to fail fast and pivot, or fade into obscurity.

Former BPO employee Ronster Baetiong is grit personified. He failed with his first startup venture in mid-2016. Partyphile was a mobile app that gets people into guest lists of all clubs in Manila.

Due to bad decisions such as spending too much on customer acquisition and premature scaling, the company folded.

“If you’re not well funded, you will run out of runway and your startup will die,” he admits.

He hopes his latest venture-ChatbotPH—a chatbot development agency that creates trains and maintains chatbots for companies to automate repetitive processes in their operations—will be his redemption. His foray into artificial intelligence (AI) with his venture has caught the eye of the Sterling Paper Group of Companies, which has recently expanded its conglomerate to include the acquisition or tech companies.

With BPOs being one of the businesses in Sterling’s portfolio, it made sense for them to take acquire a majority stake in ChatbotPH, with the impending threat that AI and automation poses to the BPO industry.

Baetiong still gets to run the company as the CEO, but makes no premature claims as to the company’s success despite its recent acquisition.

“We still have a long way to go and we’re just getting started in helping the world with automation. That is why we take an active role in educating the masses about AI and how it is not there to make you obsolete, but to make your life better so humans can focus on better tasks at hand.”

Finally, there’s Acudeen Technologies Inc. of Magellan Fetalino, a two-year-old startup that allows SMEs to convert their unclaimed receivables into cash to boost their cashflow. After successfully selling out its digital coin offering to the tune of $35 million, the company now has the war chest to expand regionally and develop its processes into a blockchain technology- based business.

Its chair, former 8990 Holdings President JJ Atencio, sees his foray into technology as a logical transition from his traditional real estate business, yet keeps his eyes on the fundamentals.

“The businesses I get involved in tend to be more oriented towards growth-dividend business models rather than valuation-exit. I’d like to be part of a business where the founders aim to grow their business and earn dividend from it and not talk about exiting,” he says.

In the end, the challenge, despite the creative funding routes, successful exits and value generation for their stakeholders, really boils down to one thing.

How can these startup founders create companies that add real long-term tangible value for their intended markets? In a global marketplace where almost everything has already been invented, the companies that solve real problems and provide solutions that go beyond the hype and perpetual startup cliché to “make the world a better place” will be the ones that will successfully differentiate, survive and eventually thrive. —CONTRIBUTED