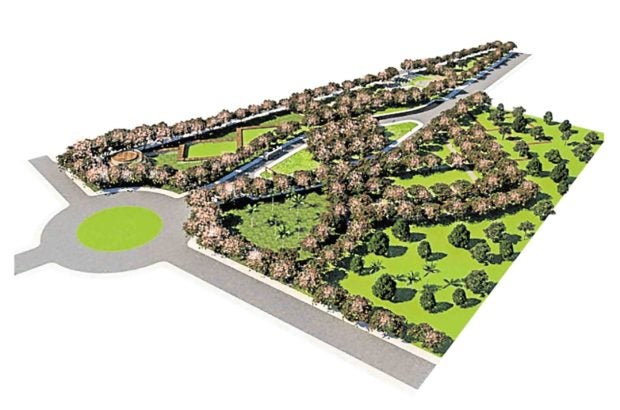 We always hear about the government’s “Build Build Build” drive, but did you know there’s also a “Green Green Green” Program?

According to the Department of Budget and Management, the Green, Green, Green Program is a “unique assistance program that aims to make cities more livable and sustainable through the development of public open spaces.” It was given a P2.58-billion funding under the 2018 national budget.

This program is supportive of how the UN Habitat encourages cities to have more open, public spaces (45 to 50 percent of the total city land area) to avoid congestion. Other benefits of having such spaces include better livability, aesthetics, health and overall quality of life.

A total of 143 cities submitted design proposals to fund the creation of parks, plazas and waterfronts, or the improvement of institutional spaces and streets. The DBM Technical Review Team, composed of landscape architects, urban planners and designers, reviews the proposals in accordance to a set criteria, which include accessibility, usability of spaces, ecosystem services and administrative management.

City spaces have stories, and these create identity. Let’s take a closer look at how city governments across the Philippines envision public open spaces as part of the urban fabric.

Named after the Palawan cherry blossoms, which will be a main attraction and feature of the project, the Balayong Nature Park will be the biggest among the program’s parks and open spaces. At 897,518 sqm, it will be located within the Puerto Princesa City Government Centre and Nature Park.

Balayong Nature Park is designed for sustainability and biodiversity resource. It is foreseen to provide ecological services to the government center, and to serve as a refuge for insects and birds, as well as exotic forest flora and native plants.

Its design encourages passive and recreational activities, as complemented by green infrastructure that is integrated with a high-quality aesthetic landscape. The park is also strategically placed to create a greenbelt in the area.

Quezon City will also develop a program for Gora Festival, which aims to feature artists through street painting and art demos. The program will generate revenues to sustain the street features of Gora Lane.

Open spaces play a great role in creating both identity and safety for the environment, and this is something that Lamitan City in Basilan wants to incorporate in its proposed public park.

The city government aims to recreate a 3,092-sqm institutional space into a green park that is estimated to serve at least 3,000 commuters and passersby who walk along the government complex.

The public park is seen to help promote peace, safety and a sense of security within an area of conflict, thus helping improve the image of the city. Its features aim to improve social and cultural connectivity among citizens as well. 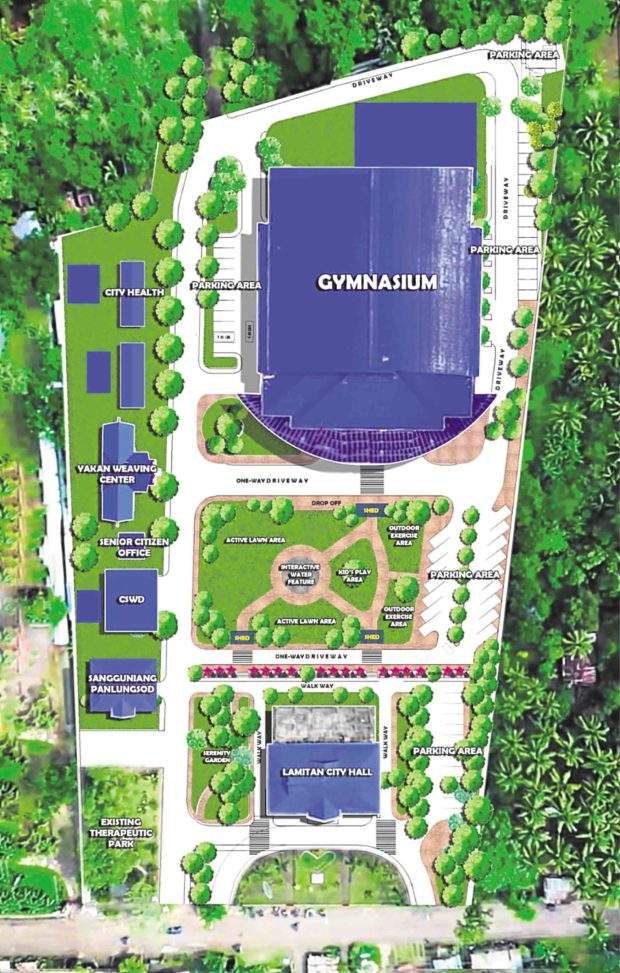 The Public Park of Lamitan, Basilan aims to promote peace, safety, and security within an area of conflict. —Design (c) City Government of Lamitan

Since “Heneral Luna” became a critically successful film in 2015, there has been a growing interest to visit the location where Gen. Antonio Luna was betrayed and killed

But when tourists go to the exact site in Cabanatuan City, they are left with a disappointing experience. What they find instead are parked cars.

This is why the Cabanatuan City Government plans to redevelop Plaza Lucero, where that important historical site is located. To give proper respect to our hero, designs for the plaza improvement will include landscaping, creation of walkways, a grotto with a pond and installation of lights.

The Mangrovetum of Barangay Nursery is a mangrove area with an elevated walkway located along JM Robredo Boulevard, Masbate City.

To increase the appreciation of the environmental benefits of mangroves, including the proliferation of species that use mangroves as their habitat, the city government aims to strengthen the wooden walkway by replacing it with concrete, and to strategically place benches along the stretch as part of the Mangrovetum extension.

The project also aims to connect locals with the space, encouraging them to use that area more often.

Once a connector of Dagupan and Lingayen, the Franklin Bridge stood strong until the World War II, and was destroyed in 1935. But the people of Dagupan City value its history and heritage value, and have left the remnants since.

Dagupan aims to redevelop the parking space surrounding the Franklin Bridge into an integrated area consisting of an esplanade, a plaza and a boat terminal. The open space will also promote coastal resource management, and address climate issues experienced in the locality: urban heat and greenhouse gas emissions.

The 4,610-sqm space will not only help shift the space from being car-centric, but will also help boost tourism in the province.

City governments are expected to begin implementing projects upon receiving funding from DBM. A website will be put up for all the cities’ design concepts and proposals, and for progress tracking.

The author is an environmental planner and an advocate for better public open spaces in cities.