NFA caused rice shortage and should be abolished – economists’ group 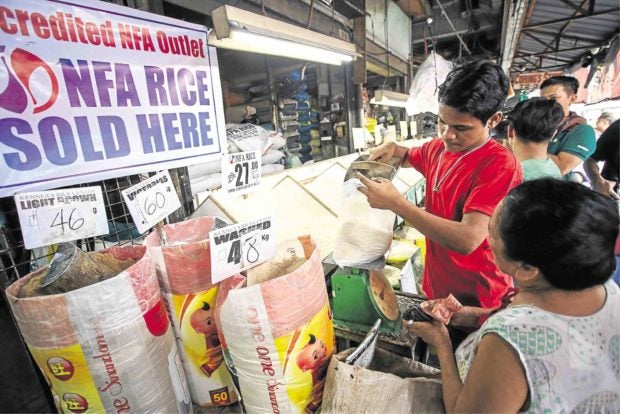 A group of prominent economists has joined the call of several lawmakers to abolish the National Food Authority (NFA) amid the agency’s supposed failure to fulfill its mandate to stabilize the supply and price of rice in the market.

In a statement on Thursday, the Foundation for Economic Freedom (FEF) – an organization geared towards market-oriented reforms, consumer welfare and good governance – expressed their support for the calls of Senators Cynthia Villar and Sherwin Gatchalian to dismantle the embattled grains agency which has been pointed to as the culprit for the rice crisis in Zamboanga City and for the rice prices to reach all-time highs.

“The NFA has only caused and aggravated the rice inflation and rice shortage in several regions, compounded the debt and losses of the national government, and provided opportunities for graft and corruption for its officers and employees, from the purchase of imported rice to the distribution and transportation of subsidized rice,” the FEF said.

“With high average rice prices and periodic shortages, the NFA has also contributed to the country’s high wage costs and lower competitiveness… Food security does not depend on the existence of the NFA as recent events have shown,” the group added.

FEF urged the Senate and the House of Representatives to immediately pass the version of the rice tariffication bill that would abolish NFA and its powers, including its ability to impose quotas on rice imports coming in from the private sector.

It also called for tariff rates imposed on rice imports to be “as low as possible” to make rice more affordable to consumers.

Nonetheless, FEF recommended the creation of a “new and much smaller agency” that could maintain and manage the government’s rice inventory.

The country’s daily national requirement stands at 32,000 metric tons (MT) of rice. As of this week, NFA deputy administrator Tomas Escarez said the agency’s inventory is only good for seven days with about 224,000 MT of rice in stock.

According to FEF, “the private sector should be free to import rice from any source in whatever quantities the market needs.”

“This is the only solution to the current rice shortage crisis and to the pervasive malnutrition caused by high food prices,” it added.