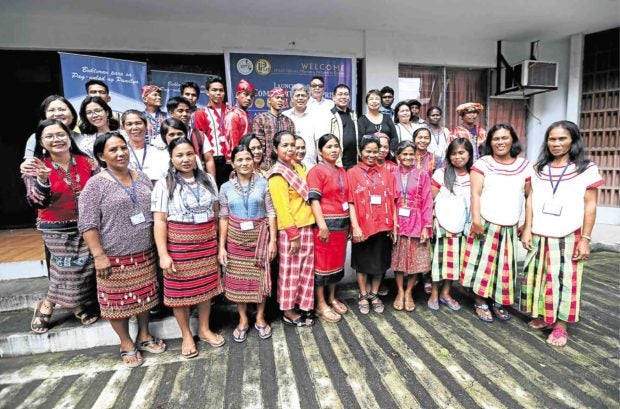 When it comes to livelihood, the opportunity to run their own business—not simply be handed doleouts—is vital to marginalized communities looking to rise above poverty.

This was one of the key things discovered by the people behind Zero Extreme Poverty 2030 (ZEP2030), a coalition of civil society organizations which aims to reduce extreme poverty in the country by 2030 by at least one million families.

“It started in 2015 as a response to the call of the Church, because it was declared the Year of the Poor,” said Benjamin Abadiano, head of secretariat of ZEP2030. “We organized a summit on poverty and inequality, and close to 400 participants attended, 50 percent of which came from the sectors that really experience poverty. It was an opportunity for us to listen to them, not just the experts, [and learn] what it is to be truly poor.” 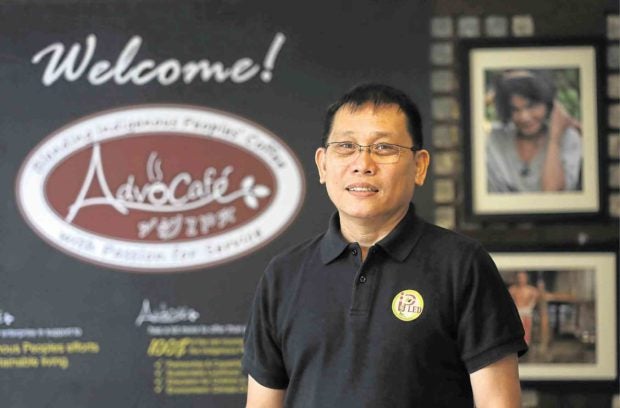 Extreme Poverty Head of Secretariat Benjamin Abadiano at the launch of the 11th Community Enterprises at Advocafe in Manila. —PHOTOS BY LYN RILLON

The dialogue during that summit led to the revelation that consultation with marginalized communities plays a big role in their poverty alleviation.

“It shouldn’t be just the government or civil society addressing the problem. [These communities] also have a big stake, which means they have to be empowered. Government and civil society have to provide the opportunity, not just implement handout projects,” Abadiano says.

The organizations under ZEP2030, which include the Peace and Equity Foundation, Philippine Business for Social Progress, and the Assisi Development Foundation, address extreme poverty by dividing their programs into seven clusters: health, education, environment, livelihood and employment, agriculture and fisheries, peace and human security, and partnerships for indigenous peoples.

“There have been so many efforts on poverty eradication, but we don’t really feel their effect because they are done separately by different groups. That’s why we came up with a common goal,” says Abadiano.

After three years of consulting with communities, forming their agenda and mapping out the areas which need their assistance, ZEP2030 recently announced the implementation of one of the programs specific to the last cluster: a two-year capacity-building and educational program for indigenous peoples (IPs) to be conducted by the Indigenous Peoples Leadership and Enterprise Development Academy (IP LeD).

Forty-one IP fellows who have shown potential to put up their own businesses were chosen to become part of the training program, says Abadiano.

Together, they represent a total of 11 social enterprises:

• the Keuyahan Te Matigsalog Association in Davao, who have an organic swine farm;

“The beauty of [working with this] cluster is we cover all the other clusters as well,” says Abadiano. “The government has a list of the poorest provinces and poorest municipalities, and we used that as a baseline. However, if you look at government data, information is still lacking because there are pockets of poverty in the city, for example, and for indigenous peoples, very seldom does the government have a sustained program for them. There are projects that pop up from time to time, so we decided to focus [on indigenous peoples].”

The two-year training program kicked of with a five-day lecture and planning session in Manila, which focused on topics such as the role of IP social enterprises in reducing poverty and inequality in the Philippines, qualities of a good leader/effective entrepreneur, identifying your market, and key success factors in starting up an enterprise.

“There is a stigma that the extreme poor are not capable of attaining sustainable livelihood. With the partnership between ZEP2030 and IP LeD, we are not only breaking this stigma, we are fostering self-sufficiency and confidence within IP communities, and are paving the way for their products to be available in the mainstream market,” says Kring Sumalinab, ZEP2030 program coordinator on social entrepreneurship.

Also partnering with ZEP2030 and IP LeD is Advocafe, where the five-day lecture and planning session was hosted. Advocafe is a cafe-restaurant which, for the past eight years, has been supporting IP efforts for sustainable living.

Advocafe, says Abadiano, will serve as the IP-LeD’s fellows marketing arm. It has four branches in Manila, Baguio and Davao.

“Since we started, ZEP2030 has been determined to bring together organizations that have the presence, passion, and expertise from different sectors to lead the fight against poverty. In organizing these efforts, we hope to help more and provide a deeper and wider impact in uplifting the lives of the poor,” says Abadiano. “We are working with IP communities as a start, as we recognize that they face a host of challenges. We believe that if we are able to help IP communities get to a level of self-sufficiency, we can create the same impact for the rest of the Philippines.”