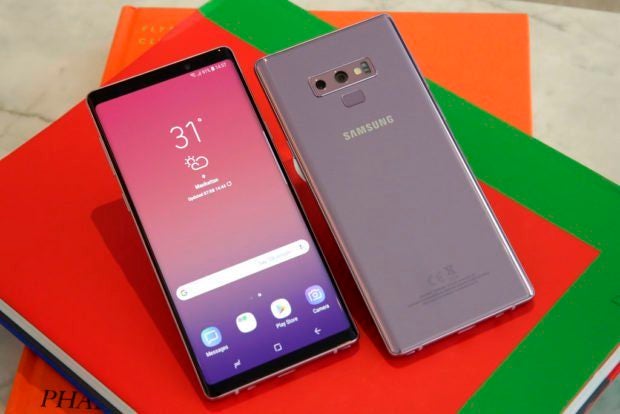 The Samsung Galaxy Note 9 is shown in this photo, in New York, Tuesday, Aug. 7, 2018. The improvements in the new Galaxy Note 9 phone reflect a smartphone industry that has largely pushed the limits on hardware. (AP Photo/Richard Drew)

SEOUL — Despite massive upgrades and a Bluetooth pen, Samsung Electronics appears to have set lower-than-expected prices for the newest Galaxy Note 9 as part of its sales expansion strategy to recover from poor S9 sales early this year, according to industry sources on Sunday.

The ninth edition of the Galaxy Note series with a 4,000-miliamphere-hour battery for all-day performance will hit the market on Aug. 24 globally. Preorders for the phones will begin Monday in South Korea.

Industry watchers believe that Samsung is focusing on expanding the sales volume of the latest premium phones by offering them at lower prices than expected. They pointed out the South Korean tech giant’s poor sales with the Galaxy S9 and S9+ series in the first half of the year.

“Amid the stagnant growth of the global smartphone market, Samsung seems to be rolling up its sleeves to fuel demand for new phones,” said an industry insider. “Offering the new high-tech S Pen functions and improved artificial intelligence features at such prices could prevent further falls in smartphones.”

Samsung reportedly aims to reach 12 million units in shipments of the Note 9, approximately 10 percent higher than shipments of its predecessor last year.

After the Note 9 “Unpacked” event in New York on Thursday, preorders began in the US on Friday.

Samsung might be benchmarking its rival Apple’s pricing strategy in the US market, some analysts say. Apple’s most expensive iPhone X is priced at $999, while the US tech firm is planning another expensive iPhone model — probably the iPhone X Plus — and two less expensive ones later this year.

“We have different price strategies for each market and their conditions,” said a Samsung official. “While the lower-than-expected price strategy could be interpreted as a measure to improve sales, we can’t comment on the US strategy for now.”

During a conference call on its second-quarter earnings, the company had announced that the Note 9 would be launched at “reasonable prices” to offer better prices in the sluggish market.