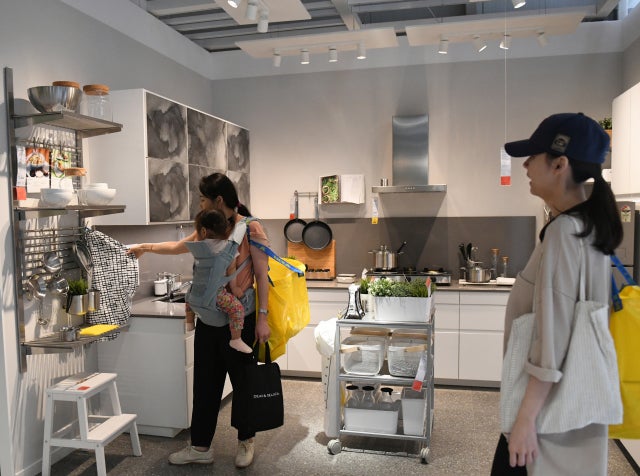 As Ikea opens its first store in India on Thursday following years of delays, AFP picks five challenges the Swedish furniture giant will face while trying to navigate a difficult local market.

Ikea is spending $1.5 billion in India but analysts reckon it is going to be several years before the company with a presence in 49 countries starts seeing significant returns on that investment.

Ikea will offer more than 1,000 products under 200 rupees ($2.91) but experts say it faces a difficult balancing act between setting prices low enough to attract cost-sensitive consumers but high enough to reel in the status-conscious rich.

“It needs to get its brand image and product pricing right lest the growing Indian middle class steers away from the brand,” Sowmya Adiraju, an analyst at research firm Euromonitor, told AFP.

Prising Indians away from local furniture makers that they trust is going to be difficult for Ikea, according to retail experts.

Indian towns and cities are not short of small, family-run shops whose owners will visit your home and then build furniture from scratch based entirely on your specific furnishing needs.

Patrik Antoni, Ikea’s deputy country manager for India, told AFP in a recent interview that the Swedish retailer had visited more than one thousand houses to try to understand exactly what Indian consumers want.

Ikea will sell products tailored for India’s market, such as kitchen appliances for making traditional rice cakes, but experts warn that getting consumers to abandon their trusted woodworker for larger items will be tricky and take time.

Ikea revolutionized furniture buying in the West with its wide range of ready-to-assemble products at affordable prices but many Indians would be forgiven for wondering why they have to do it themselves.

India’s abundant supply of cheap labor means it is not known for its “DIY” culture. Ikea is aware that this may put people off so has teamed up with UrbanClap, an online platform that helps connect handymen with consumers.

But analysts say the absence of UrbanClap in lower-tier cities could pose a problem.

Ikea is not the only multinational seeking a large share of India’s growing home goods market, which research firm Forrester currently values at $40 billion.

US retail giant Walmart is betting big on the rise of India’s middle class too. The world’s largest retailer recently agreed to buy a majority stake in Indian e-tailer Flipkart, which sells a wide range of home furnishings.

Ikea will have to contend with popular Indian online furniture retailers Pepperfry and Urban Ladder as well in a fragmented and competitive market which also includes a smattering of home goods options on Amazon’s local website.

Ikea hopes that its walk-in stores and famed restaurants, selling a mixture of Indian favorites like biryani and samosas along with vegetarian versions of its famous meatballs, will give it an edge over its rivals.

Land acquisition is rarely straightforward or cheap in India though with buyers regularly having to jump through bureaucratic hoops and facing long delays.

The Hyderabad outlet is comparable in size to a typical Indian shopping mall but sites procured in Mumbai, Bangalore and the capital New Delhi are reported to be smaller.

Ikea is yet to put a timeframe on when they might open. Afterwards, they will look at opening in Pune, Chennai, Ahmedabad, Surat and Kolkata, according to Antoni.

Ikea has said it is considering opening small stores which will just give a sample of what they sell. They will contain screens where people can flick through catalogs before ordering. NVG

Ikea bets big on India but keeps meatballs off the menu

Read Next
Trump’s trade beef with China may backfire on meat
EDITORS' PICK
Can travel make you fall in love?
COVID-19 screening checkpoints remain for those going to Boracay
COVID-19 has infected more than 69,000 people globally
Xi’s early involvement in virus outbreak raises questions
Can Your Brand of Meat Be Trusted? Here’s How to Know You’re Eating Safe Meat
The Najima Drive: Nissan’s MD drives #GoAnywhere adventures in new video series
MOST READ
WATCH: Sarah Geronimo dances ‘fierce’ version of ‘Tala’
James Deakin visits injured student rammed by jeepney in Makati
SC should have final say on VFA – Lacson
2,000 iPhones given for free by Japanese gov’t to passengers stuck on ship due to coronavirus
Don't miss out on the latest news and information.

COVID-19 screening checkpoints remain for those going to Boracay