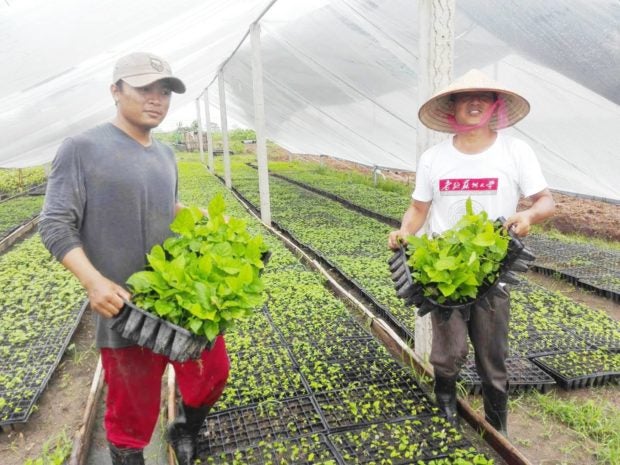 VIENTIANE — The China-Laos Green Silk Research Center in Vientiane looks set to create jobs for Lao women and improve their quality of life if the project is successful.

The project aims to grow mulberry trees and breed silkworms for the purposes of trade.

The venture is a collaboration between the Biotechnology and Ecology Institute, the Ministry of Science and Technology, China’s Soochow University, and Songmeunang Handicraft.

The China-Laos Green Silk Research Center set up a demonstration site in January this year on a 13-hectare site in Saphangkhanong village, Xaythany district.

It will take three years to bring the project to fruition. Some of the mulberry seed species provided by China have been growing at the demonstration site since January.

After seven months, the project has had a success rate of about 85 percent, said an expert monitoring the situation.

“We not only grow mulberry species from China but we also employ Chinese cultivation methods,” he added.

“We experimented with various species and finally found one that grows well in Laos,” he said.

Those saplings are now two months old and are growing at a similar rate to those cultivated in China.

The Chinese mulberry trees are expected to produce leaves to feed silkworms in the next two years.

This species is particularly beneficial and better than Lao varieties because all parts of the plant can he used to feed silkworms and can be harvested mechanically.

In contrast, only the leaves of Lao mulberry plants can by fed to silkworms and must be harvested by humans.

The centre employs four people to collect 20 baskets of Lao mulberry leaves a day, while only one person using a machine can collect about 60 baskets of Chinese mulberry branches and leaves each day.

This saves labour costs and people can feed more silkworms using this variety of mulberry tree.

The centre also raises silkworms and provides conditions to study them.

“We are trying to find the strongest species of silkworm which also produces more silk,” the project expert said.

In China, silkworms produce nearly five times as much silk as those raised using traditional methods in Laos.

If the research at the center is successful, Songmeunang Handicraft will encourage Lao women to grow this species of mulberry and raise silkworms.

This would be a source of income for women and their families, while also producing silk for trade and export.