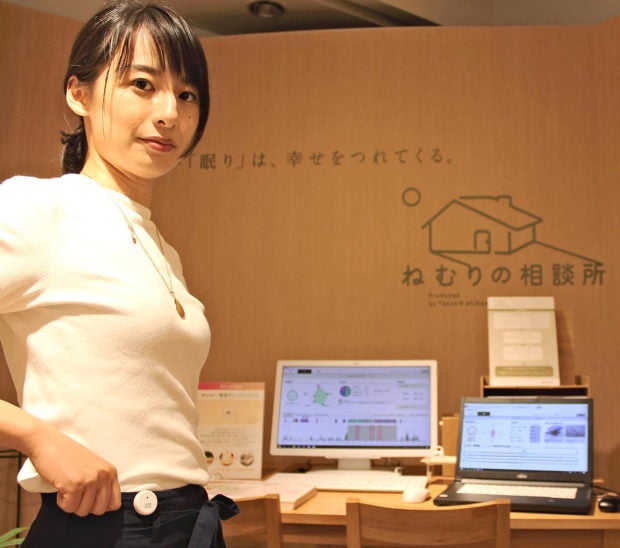 TOKYO  — With the government’s work style reform drawing attention, an increasing number of people are interested in how sleep relates to working efficiently. The benefits of sleep go beyond mere rest, and it is now recognized as a way to improve worker motivation and creativity. Some companies are supporting their employees’ efforts to improve their sleep.

“I rarely feel out of it in the morning anymore,” said Hitoshi Okuma, 23, a company employee who works as a designer at Nissin Foods Holdings Co. in Tokyo. Since December last year, he has worn a wristband sensor 24 hours a day. It measures the duration and depth of his sleep. He increased his sleep time from about 6 hours to 7½ hours.

The quality of his sleep was improved as a result of a review of his lifestyle habits, and that led to him soaking in a bath at night rather than just taking a shower. He said his head is clear and his body feels light when he wakes up.

Okuma joined a project in which the company committed to making charitable contributions for children’s activities in Japan and overseas if its employees reached their targeted sleep time. Four months later, more than half of the participants said their work efficiency had improved.

An increasing number of people are seeking improvements in the quality of sleep.

Visitors to a store run by bedding company Nishikawa Sangyo Co. in Tokyo used to be mainly women, but in recent years, men in their 20s and 30s have also begun to visit. Last year, it opened a section called Nemuri no Sodanjo (sleep consultation center) in response to customer demand.

The company uses sensors to measure sleep data, and its “sleep masters” provide advice based on the data.

Michiko Hayami, one of the sleep masters, said, “There are many athletes who are very particular about the quality of their sleep, recognizing sleep as preparation for the next day’s competition.

“It seems that the same way of thinking is spreading among working people.” 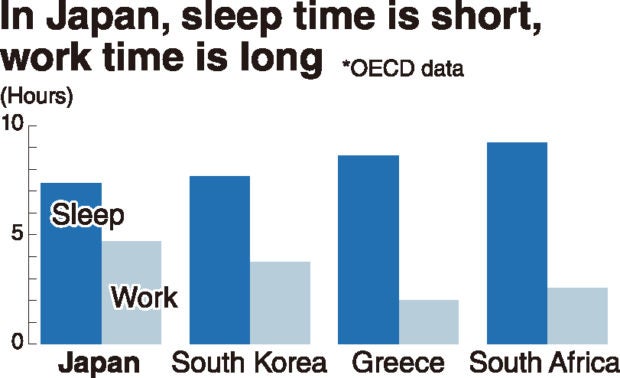 Explaining the growing interest in sleep, Prof. Katsutoshi Tanaka of Kitasato University, an expert on industrial psychology, said, “Many companies have started to focus on the effects of good sleep from the viewpoint of improving productivity.”

According to Tanaka, there has been awareness in the United States since the 1980s that lack of sleep causes a decline in concentration, which means a huge loss to society. “Japan’s trend of office workers being proud of lack of sleep has finally changed,” he said.

However, results of a national health and nutrition survey released by the Health, Labor and Welfare Ministry in 2016 showed that 20 percent of respondents said they do not get enough sleep. For men in their 30s, the figure was 28 percent.

How long should people sleep to improve the productivity?

“There are differences among individuals, but if you sleep less than six hours a day, the risk would be increased from the viewpoint of mental health,” explained Tanaka.

“Health should come first. Nothing but an energetic life produces the will and creativity for working.” 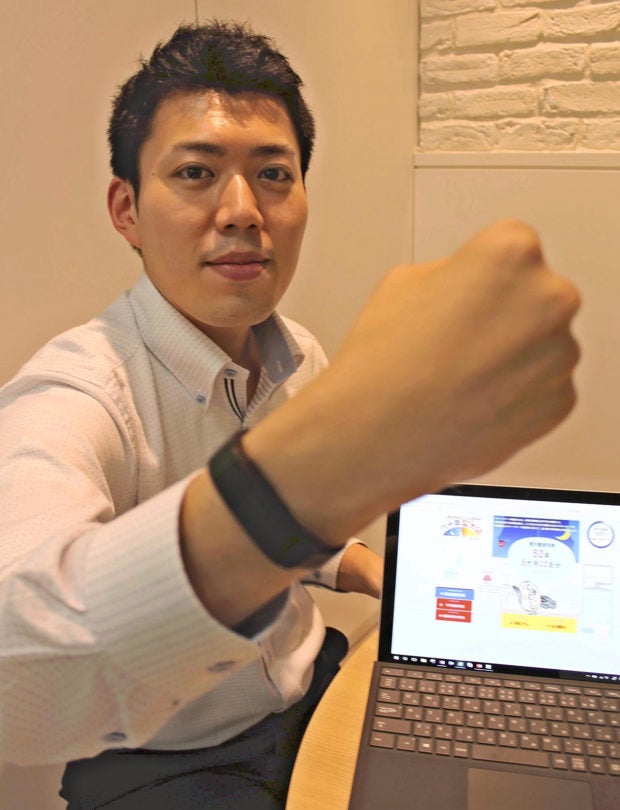 In Japan, it is said that sleep time is shorter than in other countries.

According to survey results released this year by the Organization for Economic Cooperation and Development, the average daily sleep time in Japan was 7 hours and 22 minutes, shorter than the 7 hours and 41 minutes in South Korea and 7 hours and 59 minutes in Mexico. Japan’s figure was the shortest among 31 countries. The longest sleep time was 9 hours and 13 minutes in South Africa. This is about two hours longer than in Japan.

In the same survey, the average hours worked per day — including weekends and holidays — was 4 hours 42 minutes in Japan, which is the longest among 31 countries. (The survey’s work figures, like the sleep figures, reflect the population as a whole, and not just those people with full-time jobs.) Japan’s work hours figure was more than double that of Greece, which had the shortest hours among the countries.

“If people have long working hours, they have to adjust by reducing their sleep time. Japanese people have worked hard for a long time,” said Yasunari Ueno, a chief market economist for Mizuho Securities Co.

In the same survey, the average time required for eating and drinking in Japan is 1 hour 33 minutes. Looking at Western countries, it is 2 hours 13 minutes in France, 2 hours 11 minutes in Greece, and 2 hours 7 minutes in Italy.

“In Western countries, there are social and cultural backgrounds that allow people to enjoy a relaxing life by sleeping well and enjoying meals,” said Ueno.

“The workstyle reforms have started in Japan, too. It is expected that the uses of time will change from a life revolving around work to one taking much account of work-life balance.”