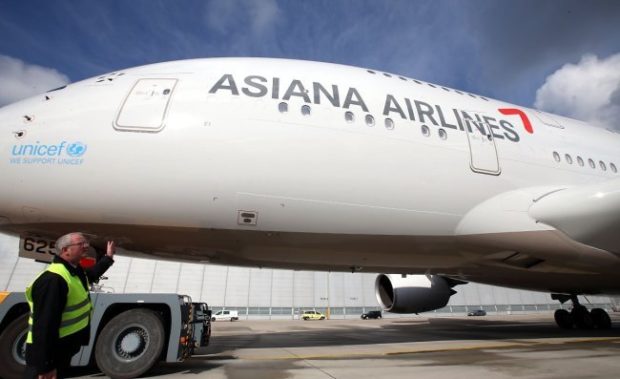 SEOUL — Asiana Airlines, South Korea’s No. 2 air carrier, said that it will further compensate passengers who suffered from the recent in-flight meal service disruptions and the consequent flight schedule delays.

The company earlier provided transportation credit vouchers but has additionally decided to offer flight mileage in a gesture of apology and social responsibility, the company said Sunday in a press release.

The special measure is to involve passengers boarding the 100 international flights which were delayed by an hour or more on July 1-4 due to the massive in-flight meal supply failure.

Those who were deprived of meals or given an alternative meal during their flight, with or without delay, will also be subject to additional mileage offers.

“Considering the special circumstances, we decided to expand the range of compensation (beyond the government guideline level),” the air carrier said.

According to the consumer dispute settlement standards of the Fair Trade Commission, airline companies are required to compensate passengers only for international flight delays of two hours or more.

Details on the compensation may be found at Asiana Airlines’ website (https://flyasiana.com) and subject passengers will be receiving notices via email and text message, starting Sept. 4.