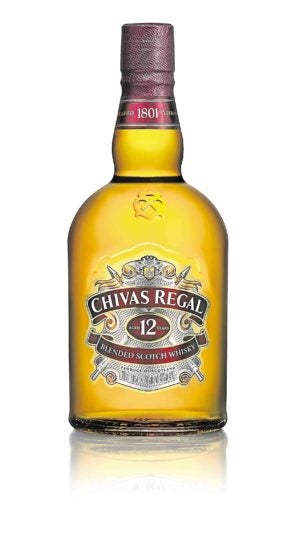 It may have taken some time, but millennials—the new entrants to the workforce with money to spend and a you-only-live-once attitude—are discovering that the brands their parents love and swear by are cool, after all.

These brands run the gamut from fashion to food, and, not surprisingly, whisky, which has been enjoying renewed popularity over other spirits over the past decade thanks to the adventurous palate of the high-spending 22-37-year-old demographic.

And one of the brands enjoying growing rapport with the younger set is Scotland’s Chivas Regal, which satisfies millennials’ thirst to support and associate themselves with brands that can boast of a long history of excellence.

According to Hamish Houliston, Chivas Brothers ambassador for the Philippines, millennials—those born from 1981 to 1996—are also big on authenticity, including those in the Philippines who have been expanding their list of alcohol preferences to include whisky.

“Millennials want things with credibility and heritage.  They want to try new, innovative things, they also want brands that give back. Chivas has all that. We have new and exciting things all the time and we have generosity at the core. We tick a lot of boxes for millennials,” Houliston told the Inquirer in an interview.

Authenticity is one attribute that Scotch whiskies in general and Chivas Regal in particular can lay sure claim to, considering that Scotland imposes stringent guidelines on manufacturers, to make sure that every bottle of whisky that comes out of the island’s distilleries have the right to call itself Scotch whisky.

These rules cover the ingredients that go into making whisky as well as the process. And when the bottle says aged 12 years, then it must indeed be aged for at least that long.

Chivas Regal custodian master blender Colin Scott, who was part of the Chivas Regal delegation that visited the Philippines earlier this month, told the Inquirer that controls are understandably tight and rigid—and have even become more so through the years—to protect the consumer and guarantee that what they are buying is real and has passed high standards.

“It is a guarantee to the consumer that when you buy your bottle that says Scotch whisky, then you have the confidence that that is exactly what it is,”  Scott said.

He added these high standards of quality help explain the unquestionable popularity of Scotch whisky through the years, even against stiff competition from other countries that also produce whisky such as Japan, Ireland and the United States, and also from other spirits such as vodka, rum and even the more affordable beer.

For Chivas Regal, it is proud of its more than 100-year tradition of blending whisky, using only the finest products from distilleries across the proud Scottish highlands to create a taste experience defined as “smooth, balanced and rich.”

Its flagship product is the Chivas Regal 12, one of the international strategic brands in the wide-ranging portfolio of the Pernod Ricard group.

Born in the oldest operating distillery in the Scottish Highlands and matured for 12 years, the blend is said to feature rich and generous honey and green apple notes and a long creamy finish.

“Chivas Regal 12 is the perfect whisky to symbolize our belief in the power of shared success,” Scott said.

The idea of sharing stories of success over finely crafted whisky is at the heart of various advertising and marketing campaigns to entice younger drinkers into the Chivas Regal fold as well as help keep regular drinkers loyal.

It also diversified to include such innovations as Chivas Regal Mizunara and Chivas Regal Ultis, which Kevin Balmforth, Chivas Regal blender, had a hand in creating.

And for Scott, considered a legend in the industry with almost 30 years of experience as a master blender, the success of these campaigns across the globe, including the Philippines, has meant that a bottle of Chivas Regal is no longer relegated to “a dusty corner for fathers and grandfathers.”

“The doors have been opened,” said Scott, adding that staying true to a proud tradition and yet remaining relevant in the age of change makes these efforts to endear itself to diverse markets that much more exciting.

The Philippines has been responding to these campaigns positively, with sales growing in tandem with the country’s economic growth, with returning overseas Filipino workers among Chivas Regal’s most passionate endorsers.

For them and many other Filipinos, Chivas Regal connotes respect and the good life.

“It has become a symbol of success, one worth sharing with others,” Scott said.

Read Next
Goings on
EDITORS' PICK
Cagayan gov endorses 10-day ECQ in Tuguegarao due to COVID-19 surge
Experience clearer calls nationwide with Smart VoLTE
No warrantless arrests despite DND-UP accord termination, says PNP spox
New Year, New Rediscoveries
Driving can be even more rewarding this New Year — here’s why
Biden team says US will not lift travel bans, despite Trump statement
MOST READ
Proposed toll for newly opened Skyway 3 ranges from P110 to P274
Duterte to firms: No franchise until you settle your accounts with gov’t
‘Hotbed of recruitment’: Lacson backs termination of UP-DND accord
Palace: Duterte’s ‘no payment of gov’t dues, no franchise’ remark covers all, even ABS-CBN
Don't miss out on the latest news and information.