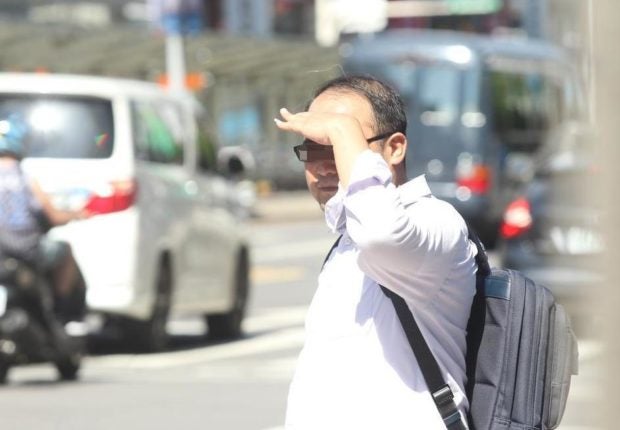 The scorching heat that has battered Taiwan in recent days is expected to continue Wednesday, with daytime temperatures above 36 degrees Celsius in the forecast. THE CHINA POST

Extremely hot weather pushed Taiwan electricity consumption to 36.46 gigawatts (GW), the third-highest daily consumption figure of all time, after 36.77 GW on May 30 and 36.71 GW on May 31, the utility said.

Data also showed that power demand peaked at 1:44 p.m., leaving a razor-thin operating reserve margin of 6.47 percent. The latter is the amount of additional power that can be drawn from operational power plants to meet power demand if a generator goes offline.

Meanwhile, the high temperatures have reignited the debate over Taiwan’s unstable power supply during its peak season. The power supply reading is expected to remain “yellow” for the rest of this month, with an estimated operating reserve margin of 6.02 percent, according to Taipower Website.

The utility company also forecasted a “yellow” reading with an operating reserve margin of no more than 7 percent in August, according to the five-color monitoring system used to describe the stability of Taiwan’s power supply.

Analysts, however, are not so optimistic about the forecast as Taipower’s finances are in the red. Earlier this week, the utility announced US$785 million (NT$24 billion) in losses for the first half of the year, a big leap from the deficit generated in the same period of last year.

The company indicated that it increased its costly electricity output from natural gas generators in accordance with the government’s air pollution control and coal-reduction policies, while a new investment project has been put on hold.

Taipower hasn’t received the green light yet for building a new coal-fired in New Taipei City. The utility expressed concerns that it would not be able to reach the power reserve margin target set for 2025 if the government fails to begin generating power at the aforesaid plant as scheduled, local media quoted Taipower spokesman as saying.

New Taipei City government reportedly filed an administrative appeal on an environmental impact assessment, urging the Cabinet to scrap the project because of its potential to cause air pollution in northern Taiwan.