Building a culture of innovation 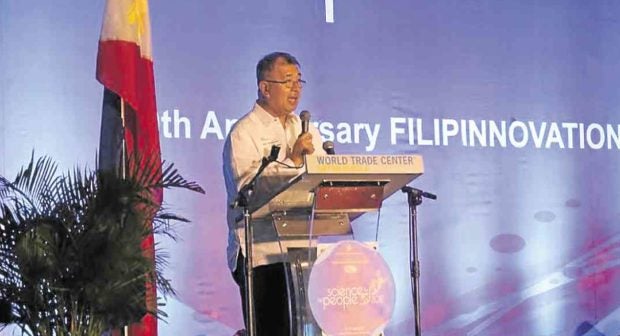 A culture of science, technology and innovation (STI) would not be complete without a strong sense of patriotism, says the Department of Science and Technology (DOST), if Filipinos would like to widen the array of local industries.

“Just look around in our homes—many of the things we use are still imported,” says Science and Technology Secretary Fortunato de la Peña. “There’s still so much we can do.”

To cultivate such culture is the aim of National Science and Technology Week, DOST’s annual expo that has been running for almost three decades.

This year’s expo, which will run from July 17-21, 9 a.m. to 6 p.m. at the World Trade Center in Pasay City, will be more relatable for visitors, says De la Peña, as exhibits will be grouped into four clusters: STI at Home, STI at School, STI at Workplace, and STI at Marketplace.

“We are presenting our exhibits not in terms of research and development, technology transfer, or human resource development, but by way of where you encounter science and technology,” says De la Peña.

The STI at Home cluster will be dressed up much like a cozy living room, with furniture pieces from the Design Center of the Philippines.

DOST programs such as Pinggang Pinoy and Tuklas Lunas will be featured, as well as Biotek-M, a dengue infection detection rapid test kit, which was developed thanks to DOST’s assistance. Couch potatoes can even park themselves for a few minutes at this section to view a few episodes of DOSTv, the department’s official weather and science program.

A few National Scientists will be available for a meet-and-greet at the STI at School cluster of exhibits, which will also feature digital library Starbooks (Science and Technology Academic Research-Based Openly Operated Kiosks and Stations), and Smart Surface, “a system that converts virtually any flat surface into an interactive interface.” Seminars, lectures, and fora by DOST agencies and partners from the private sector will tackle innovations in education.

The STI at Workplace section will be divided further into two: “cityville” and “countryville.” Trends in transport services, research and development technologies, and disaster management will be showcased, as well as the latest technological breakthroughs in farming technology. 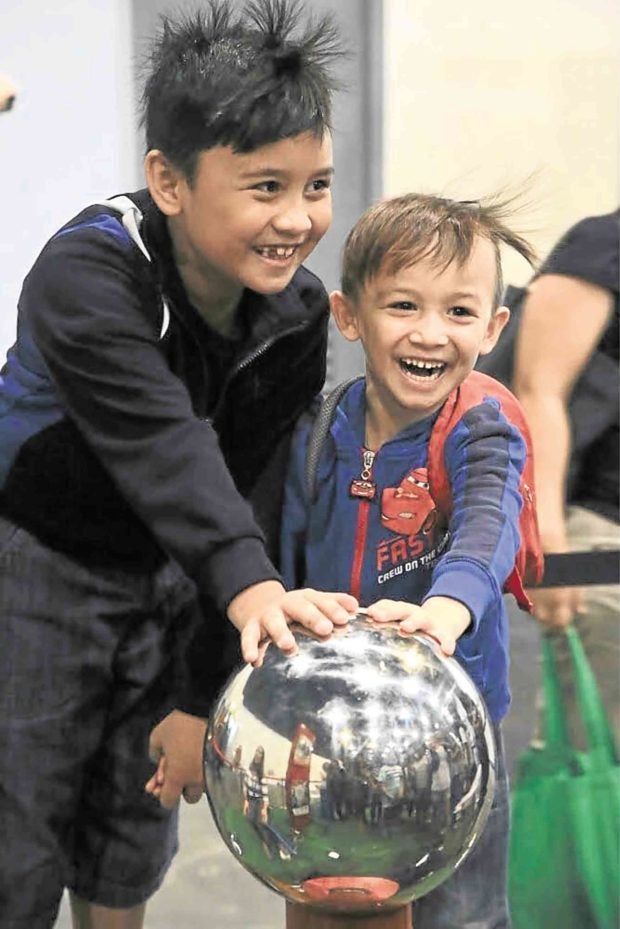 This year’s National Science and Technology Week expo promises to be just as interactive, focusing on where we experience science, technology and innovation every day.

De la Peña says this will be an interactive booth as well, featuring products developed by beneficiaries of the Community Empowerment through Science and Technology (CEST) program and the adoptors of the Small Enterprises Technology Updating Program (SETUP).

The expo’s overarching theme is “Innovation for Collective Prosperity.”

Focusing on businesses, particularly MSMEs, De la Peña says innovation is key to sustainable success as it differentiates you from the rest of the competition, and helps you attract the right market.

“If you’re already an existing entrepreneur, you know that others can easily copy what you do. It’s like the hot pan de sal phenomenon, wherein everybody would just put up their own hot pandesal store,” he says.

He makes an example of a suman maker in Calapan, Mindoro, whom DOST assisted back in 2010: “The first ‘facility’ I saw was just an area for making suman sa lihiya, and the latik. When they were trained on how to do packaging, that’s when they changed the suman’s packaging to cubes, placing 24 in a box, together with the latik, [which they] treated to prolong shelf life. When I went back, I saw a full-blown plant up and running, not the kitchen that I [first] saw. They’re selling also the latik as another product line. But more than that, one of the children was made in charge of the marketing in Metro Manila, so it can now be bought in groceries.”

While food processing, says De la Peña, is still the strongest category among MSMEs, he also makes note of the fact that tech startups that are into software application development are also increasing.

DOST assists such entrepreneurs through technology business incubators in universities.

De la Peña also believes that local producers of electronics, and wellness and beauty products have much potential to grow, since he says we still rely heavily on imported goods under these categories.

But for science, technology, and innovation to truly flourish, De la Peña stresses that the inculcation of such culture should start in school.

He also emphasizes the need for young people to give back to the country once they leave their school halls and enter the workforce.

“Human resource development is very important. Culture, I think, can be best cultivated at a young age, and enabling our teachers,” he says. “In the end, it’s [about building] a science, technology, innovation, and nationalistic culture.”