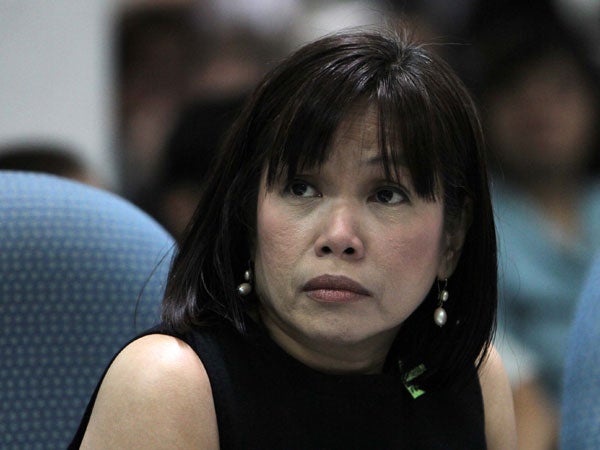 The government plans to borrow P1.189 trillion next year, the first time that financing for the budget as well as other priority programs and projects will exceed the trillion-peso mark, National Treasurer Rosalia V. de Leon said Monday.

Also, de Leon told reporters that the Bureau of the Treasury was considering its first euro bonds issuance in the European market and another panda bond sale in 2019.

The bulk or P891.7 billion of next year’s financing program will be sourced locally, mainly from the sale of treasury bills and bonds.

The remainder of P297.2 billion or $5.5 billion will come from the sale of bonds offshore as well as loans from multilateral lenders and other development partners.

To compare, this year’s gross domestic borrowings had been programmed to reach P640 billion on top of P346 billion in external borrowings, totaling P986 billion.

De Leon said the higher borrowings program for next year would finance the wider budget deficit ceiling of P624 billion.

The borrowing program for 2019 reflected the Cabinet-level Development Budget Coordination Committee’s (DBCC) decision in April to raise the share of foreign borrowings until 2022 to 25 percent of the total from 20 percent.

While the Treasury has yet to finalize the breakdown of next year’s foreign borrowings, de Leon said commercial borrowings might be bigger than program and project loans, just like this year.

So far in 2018, the government already issued $2 billion in dollar-denominated bonds and $200 million in panda bonds, its first issuance of the yuan-denominated securities.

The planned sale of $1 billion in yen-denominated samurai bonds would be by next month, besides another $1 billion in global bonds to be sold before yearend.

For next year, the government may again sell panda bonds, sukuk or Islamic bonds, as well as euro bonds.

“We are also looking at the euro market but by August of 2019, [European Central Bank president Mario] Draghi may also taper, so we’ll also have to see about that,” de Leon said.

Meanwhile, the Treasury raised only P13.4 billion out of the P15-billion T-bills offering Monday as it capped rising rates for the 364-day debt paper.

The Treasury awarded all P4 billion in 91-day IOUs at 3.308 percent, while the P5 billion in 182-day government securities fetched a yield of 4.045 percent, both below secondary trading levels.

For the one-year treasury bills, P4.399 billion were accepted out of the P6 billion offered at an average rate of 4.67 percent, up from 4.566 percent last week.

The auction was oversubscribed across all three tenors, with tenders totaling P30 billion or double the total offering.