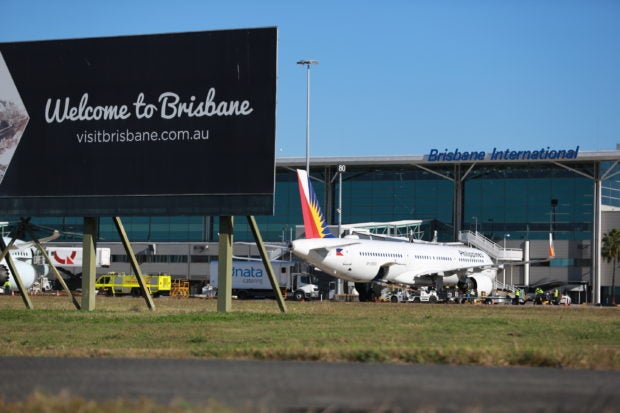 Philippine Airlines has started deploying the highly sophisticated Airbus A321neo jet on a fourth weekly flight to Brisbane, Australia, the fastest non-stop service on the route.

The maiden flight on Monday carried 151 Brisbane-bound passengers, arriving July 3, 15 minutes ahead of schedule. The return flight had 155 (on a 156-seater aircraft).

PAL’s single-aisle jet service to Brisbane every Monday has been added to the Wednesday, Friday and Saturday departures from Manila. With the fourth frequency, PAL now operates a total of 16 weekly flights to three points in Australia – Sydney, Melbourne and Brisbane.

PAL’s recent operations to Australia have utilized the wide-body Boeing 777-300ER and A340-400. Current service to Sydney and Melbourne use the tri-class A330-300. Advancements in jet engine technology have made the fuel-efficient A321neo ideal for medium-range routes with medium-size traffic.

PAL has been flying to Australia for more than 50 years. A PAL DC-8 first landed in Sydney in October 1965. Other destinations previously served include Darwin, Perth and Cairns. An estimated 304,000 Filipinos reside/work throughout Australia, 21,000 of whom are in Brisbane (as of 2016).

Read Next
DOF: Inflation likely hit fresh over five-year high of 4.9% in June
EDITORS' PICK
What to expect as Metro Manila starts ‘no vaccination, no ride’ policy on Monday
Metro Manila’s daily COVID-19 growth rate drops to 2% — Octa Research
Over 3 Million worth of prizes to be won at Smart Padala’s SENDali Manalo Promo!
SMDC’s Bloom Residences: A master planned community that cares for your health and wellness
COVID-19 cases in PH pass 3.2 million mark with 37,154 new cases — DOH
Upsilon, Unilever give ‘real talk’ on climate change crisis
MOST READ
IATF protocols now apply to travelers who arrived on or before Jan. 13
‘Not my loss’: Did Kris Aquino just comment on her breakup with Mel Sarmiento?
Thailand records first Omicron death
Tito, Vic and Joey still not quitting, breaking trends as they celebrate 50th year in the biz
Don't miss out on the latest news and information.