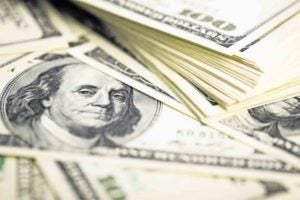 Philippine firms continued to borrow in dollars during the first quarter of the year, with the amount of new loans exceeding repayments during the period despite the volatile exchange rate, the central bank said on Friday.

In a statement, the Bangko Sentral ng Pilipinas said loans granted by banks’ foreign currency deposit units rose by 6.4 percent to $6.3 billion at the end of March 2018, up by $685 million from the end-December 2017 level of $15.4 billion.

BSP Governor Nestor Espenilla Jr. said the maturity mix of the loan portfolio remained biased towards medium- to long-term debt or those payable over a term of more than one year, which represented 74.2 percent of the total.

Gross disbursements during the reference quarter reached $15.6 billion and were 1.7 percent lower than the previous quarter’s figure.

Loan repayments were likewise lower by 5.5 percent but still lower than disbursements, resulting in overall net disbursements of $972 million.

FCDU deposit liabilities likewise decreased by $796 million to $38.4 billion from last quarter’s $39.2 billion level, with the bulk (96.8 percent) continuing to be held by residents.

The overall loan-to-deposit ratio improved to 42.6 percent from 39.2 percent a quarter ago with the expansion in loan portfolio vis-à-vis decline in FCDU deposits.