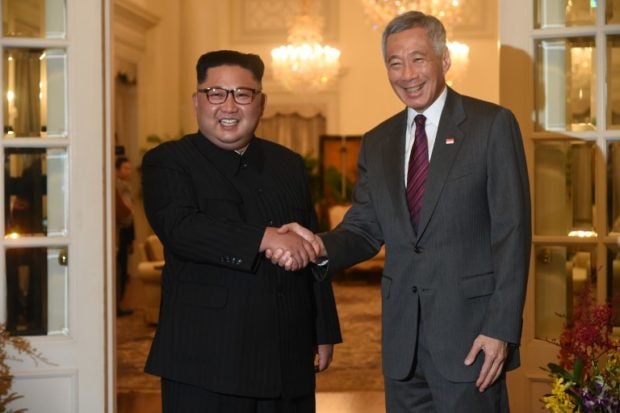 The invitation came on June 13, one day after the historic summit between US President Donald Trump and North Korean leader Kim Jong-un in Singapore.

Heng, director of People Worldwide Consulting who has personal ties with the North Korean Embassy staff in Singapore, has reached out to local businesses that might be interested in visiting the North.

The exploratory trip can take up to 18 participants, Heng said, adding that it will be “almost like a tour to North Korea,” and will not involve any Singaporean government agencies.

Four companies including VNT Global Consulting have said they will join the trip, while three others are considering, according to the report.

Velle Niqo Tay, founder of VNT Global Consulting, told Today that the mission to North Korea would be a relationship-building exercise and a “very good opportunity,” as the summit between Trump and Kim provided a “positive outlook” for a more open North Korea in the coming years.

She said she felt that it is a matter of time before United Nations sanctions against North Korea are lifted, and business deals can be struck between Singaporean and North Korean firms.

The invitation letter bearing the committee’s official stamp said the trip would serve as a “good chance … to confirm our will in desiring to develop economic and trade relationship with Singapore and other countries,” according to Today.

It said the participants will be exposed to business meetings “in open dialogue with key personnel” to find “possible ways to develop cooperation through projects, trade and investment.”

Expenses incurred during the trip will not be covered or subsidized by North Korea, Heng said.

Participants would each have to pay 4,950 Singapore dollars ($3,647) to make the trip from Singapore, which covers airfare, hotel accommodation, ground transportation and visa fees.

Heng said he has contacted the Singapore Business Federation, which led four business missions to North Korea in 2008, 2008, 2010 and 2012, regarding the upcoming trip.