‘Masters’ on the move 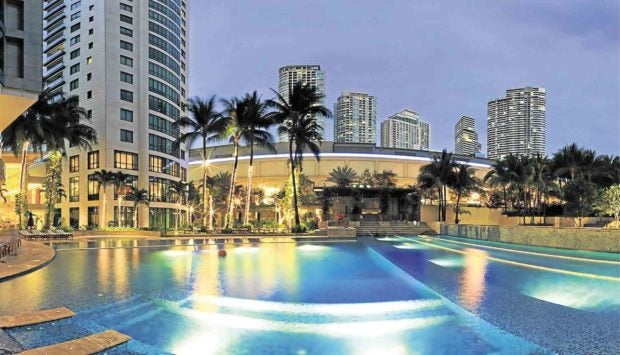 Over the years, Rockwell Land has gained experience and established its brand, both in and beyond residential condominiums and is now primed to further expand its reach outside the metro.

It’s an understatement to say that upscale developer Rockwell Land is primed and well poised to expand its reach.

For over two decades, it has proven to be well-versed in the art of building self-sufficient communities with well-curated offerings, all designed to create that distinct modern lifestyle. It has mastered the creation of communities that are now landmarks and masterpieces that redefined the city landscape.

In short, Rockwell got the perfect blueprint down pat.

And it’s the same blueprint that the company intends to bring to new areas outside Metro Manila, as it seeks to further expand its portfolio and reach. Rockwell Land, today, is definitely on the move to achieve beyond ordinary feats.

Rockwell’s expansion actually began in 2008, after surviving its bleakest moments in the late ’90s and following the success of its first project, the Rockwell Center in Makati City. However, it is only over the last several years that Rockwell Land seemed to have gotten more aggressive as it seeks to tap the growing opportunities outside Makati and the metro.

“We started our expansion in 2008, and have been actively looking into expanding in various areas. Over the years, Rockwell has gained experience and established its brand, both in and beyond residential condominiums,” said Rockwell Land senior vice president for business development Davy Tan.

“It is with this experience in these different formats that we’ve felt ready to duplicate these types of products, and take them to other areas. Also because of the current market. The per capita is above $3,000 and the purchasing power or consumption power of Filipinos has increased. We know that a third of the budget of an average Filipino household is dedicated to real estate,” he said.

Late last month, Rockwell Land disclosed that it plans to ramp up landbanking activities, which will require about P5 billion worth of land acquisitions for this year alone.

Tan declined to cite specific areas but disclosed that, based on certain factors, they are looking at some provinces in the north and south of Metro Manila. The metro, he added, remains a good location for their growth, too.

“We look into wealth creation, consumer consumption and infrastructure in the different areas. We will always keep key metro areas and highly urbanized cities in mind, but we are also looking into provinces and areas in the north and south of the Metro,” Tan explained, adding that they also consider the economic activities and growing industries in the area.

The target is to “duplicate the Rockwell Center community outside Metro Manila.”

“The types of products are still going to be residential, office, retail and resort. We will explore both mixed use communities and stand alone communities, depending on what the areas call for,” Tan added.

Rockwell earlier announced that it would be launching by the third quarter this year a P6.2 billion project in Mactan, Cebu. Located in Punta Engaño, the 5.3-ha property by Rockwell will have over 200 residential units and a hotel that will serve the growing tourism industry.

The upscale developer likewise announced the launch of the second tower of The Arton. This P15.6-billion three-tower project, being developed jointly by Rockwell and Japan’s Mitsui Fudosan Inc., is a high rise development in Quezon City that is targeted for completion by 2023.