Trump advisor admits trade dispute a risk to US economy 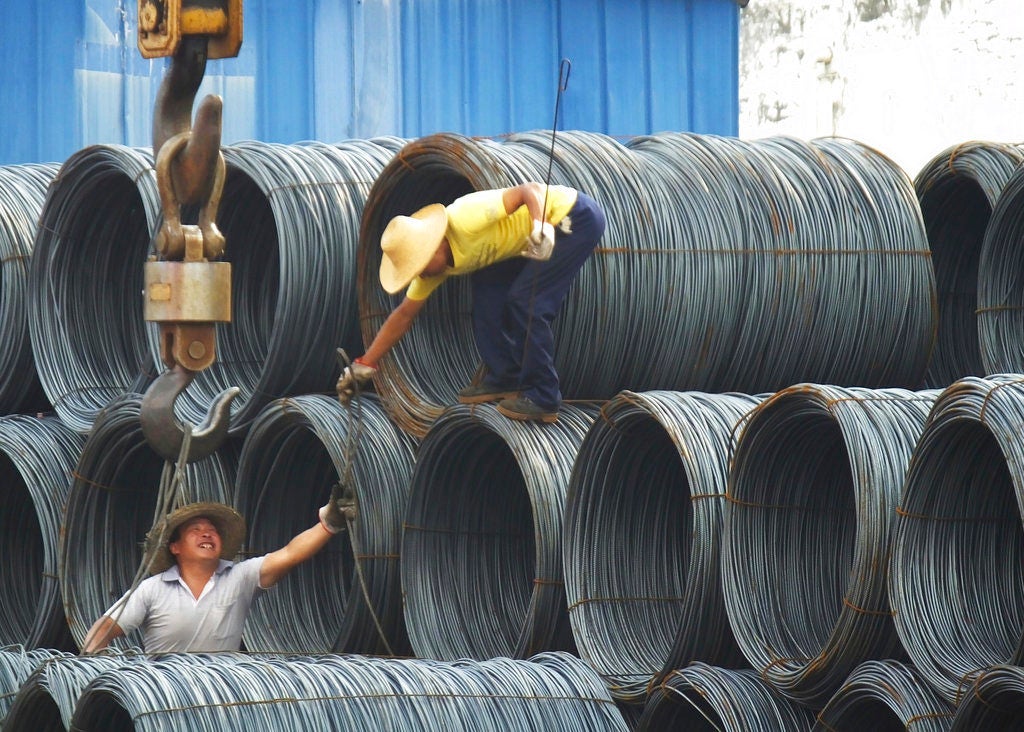 In this Aug. 1, 2016 photo, laborers work in the steel market in Yichang in central China’s Hubei province. AP

Larry Kudlow’s remarks came after finance ministers from the Group of Seven industrialized countries on Saturday expressed outrage over US-imposed tariffs on steel and aluminum and called on Washington to reverse course.

Canada’s Prime Minister Justin Trudeau was especially irked by the US invoking national security as justification for tariffs, calling it “frankly insulting and unacceptable.”

“The idea that our soldiers who have fought and died together in the mountains of Afghanistan and stood shoulder to shoulder, somehow this is insulting to them,” he said in an interview with NBC’s “Meet the Press.”

Kudlow played down the concerns in an interview on Fox News Sunday.

“It think he’s overreacting,” he said of Trudeau. “As a fine friend and ally of the United States, nobody denies that. But the point is we have to protect ourselves.”

Kudlow acknowleged that the dispute over trade could jeopardize a US economy that is now “clicking on all cylinders,” with surging growth and low unemployment.

But Kudlow defended Trump’s actions as aimed at reforming a global trading system rife with rule-breaking.

Canadian Foreign Minister Chrystia Freeland warned in an interview on CNN that the US tariffs would hurt American companies and consumers first and foremost.

“We know that beggar-thy-neighbor policies don’t work.  That was the lesson of the 1920s and the 1930s,” she said. “And I really hope people will take some time to reflect on the lessons of history, and not go down that path again.”  /cbb