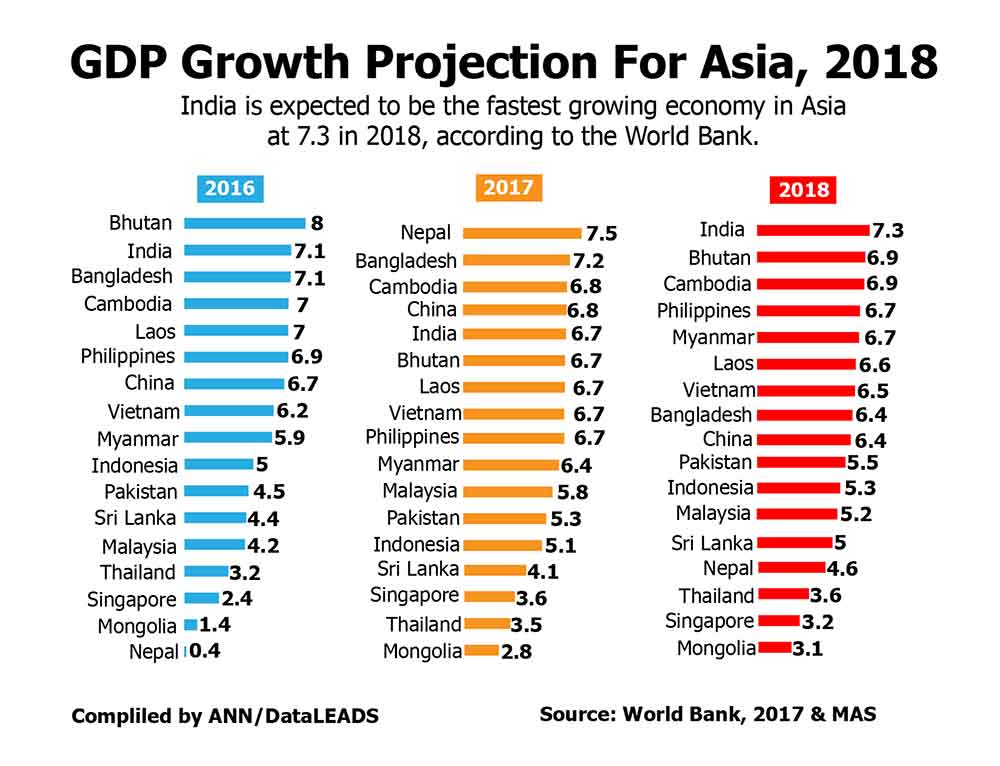 Boasting one of the world’s youngest workforce, India is projected to be the fastest growing economy in Asia in 2018. The country’s growth rate this year is estimated to beat other Asian economies, including that of rival China.

Bhutan, one of the world’s smallest countries with limited access to global markets, is projected to have the second fastest economy in Asia. The country is expected have a growth rate of 6.9 percent in 2018, compared to 6.7 percent in 2017 and eight per cent in 2016.

Cambodia, Philippines and Myanmar are the other top performing countries in Asia, as per their rate of economic growth. Cambodia’s growth rate for 2018 is expected to be 6.9 percent, which is more or less consistent with its growth rate of 2017 (6.8 percent) and 2016 (7 percent).

The Philippines, whose medium-term growth outlook has been termed “positive” by the World Bank, is going to have the same growth rate as last year (6.7 percent). The country’s economic growth was marginally higher at 6.9 percent in 2016.

Described as one of Asia’s emerging economies, Myanmar is also one of the better performing countries in Asia in terms of its GDP growth. The country, which is classified as “lower-middle income economy” with a GNI per capita of $1,455 in 2017 by the World Bank, is expected to clock a 6.7 percent GDP growth in 2018. The country registered an economic growth of 6.4 percent in 2017 and 5.9 percent in 2016.