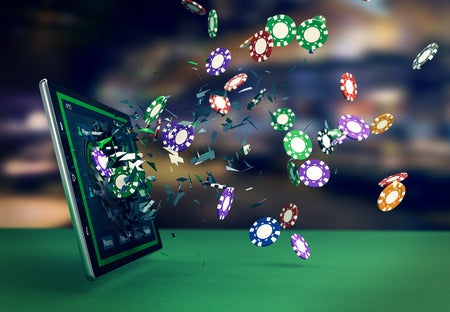 In a country which is 80 percent Catholic, it would seem surprising that the gaming industry has taken off: the Philippines has become one of the key markets for casinos in Asia after Macau and Singapore.

A stigma towards gambling still exists, whether as an addiction or on the illicit activities attached to it, such as money laundering. President Rodrigo Duterte, who has been aggressive on his crackdown on crime, has expressed a desire to “limit gambling,” as he said in a Negros Occidental ceremony last Sunday, May 20.

However, it seems attitudes towards gambling depart from Filipinos’ actual behavior towards it. Since 1976, the government took a chance on regulating gaming through the establishment of the Philippine Amusement and Gaming Corporation (Pagcor).

The bet has paid off. In the last decade, gaming has become a top source of government revenue. Last 2017, the gross gaming revenue (GGR) was over P170 billion.

During the Global Gaming Expo (G2E) Asia held in Macau from May 15 to 17, eyes were on the Philippines following a moratorium on land-based resorts and developments in online gaming licensing. G2E is the largest gaming industry trade exhibition and conference in Asia.

Here’s a look at where the Philippine gaming industry may be headed amid a tough administration and more competition in Asia.

While the culture of gambling and casinos isn’t new to the Philippines, integrated resorts (IRs) are a recent development that the Filipino public has embraced, has brought in tourism, and has raised gaming industry revenues.

An IR is a property which features a casino, hotel, convention facilities, entertainment, shopping and fine dining, among others. The Philippines currently has four integrated resorts, with the first, Resorts World Manila, launched in 2009. Solaire, City of Dreams and Okada comprise Entertainment City, Manila’s gaming hub; Resorts World is set to relocate to the area. Only Solaire is Filipino-owned, counting Enrique Razon’s Bloomberry Resorts Corporation as its operator.

Entertainment City alone raked in over P109 billion or 72 percent of gross gaming revenues in 2017, according to Pagcor data.

“The connectivity with the airport has done a lot to boost that area,” notes Margaret Huang, a Bloomberg Intelligence analyst in an INQUIRER.net interview. Meanwhile, the local market has been attracted by non-gaming entertainment.

However, Pagcor announced last February that processing of new casino licenses would cease, as per Duterte’s order to avoid overcrowding in the industry. Those who have applied for licenses prior to the moratorium will still be processed.

During the conference’s Asian Markets Forum, Atty. Marie Antonette Quiogue, senior associate at the Romulo law firm, shared that a handful of IRs outside of Metro Manila is set to rise in popular tourist destinations: three in Cebu and two in Clark.

A Boracay casino from Macau’s Galaxy Entertainment Group Ltd. currently has a provisional license, with its future on the island unclear.

Quiogue believes the resort could still become a reality in the country if the operator shows a willingness to comply with laws. “I mean look at Entertainment City. It’s an example that if you have responsible operators and stakeholders it can actually increase or improve the standards of the industry and that’s what we’ve seen.”

The Philippines is unique compared to other markets because it relies on the domestic market, observes Huang, who moderated the discussion “Macau’s Transformation to Asia’s Premier Leisure Hub.”

“Unlike Singapore, where you have to pay to go in [the casino], in the Philippines you don’t,” she tells INQUIRER.net.

She adds that the Philippine market is more “mass-oriented” compared to the likes of Macau and Singapore which mostly serve premium customers.

Even with a significant domestic market, Quiogue says junket operators cannot be discounted. They attract VIP gamblers to play in Manila through offering free luxury travel and accommodations. Like a bank, they also lend money and collect debts to players.

Though the junket system is banned in Singapore, Macau and the Philippines have been open to this arrangement. In the Philippines, these junkets mostly consist of Koreans and a growing number of Chinese, says Huang.

For South Koreans, gambling is illegal within and outside their borders, save for one casino, Kangwon Land. Macau is the only part of China where casinos are legal.

Other factors in making the Philippines a competitive market is proxy betting, which allows an agent to make bets on behalf of a person outside the casino. Since Macau made proxy betting illegal, Southeast Asian countries have cashed in on the practice.

Just after taking office in June 2016, Duterte declared, “Online gaming must stop,” stating that he did not want gambling to “proliferate” across the country. But the numbers were too large to ignore, with online gaming revenues at P55 billion that year. By December 2016, Pagcor was issuing a new license called the Philippine Online Gaming Operation (POGO).

“You better tax them than fight them,” Duterte would say in the 2017 Philippine Development Forum. Last February, Pagcor chair Andrea Domingo estimated P6 billion in state revenue from the online Pogo scheme.

According to Pagcor, only foreign nationals abroad can participate in online gaming.

Online gaming stands to contribute more than just to the GGR. Quiogue points out that in terms of labor, “I think we will handle more highly technical and highly skilled support services because a lot of Filipinos are talented in that regard.”

“We have the potential to become the leader not only in the region but I think even the rest of the world,” says Quiogue, who points out that European companies are already settling into the country for business.

“If we can make [the Internet] better or cheaper, maybe more will set up shop here,” she adds.

Compared to other markets such as Singapore and Japan, regulations in the Philippines have allowed the country to stay ahead of the game, she says.

“The criticism with Singapore is that they’re so strict with their sector regulations because that’s how Singapore is. And then there are countries like Vietnam where you don’t really have a set of rules — not a secret but not really transparent,” she notes.

“So the Philippines, we have rules but the regulator, Pagcor has shown that they’re open to adjusting and being flexible based on either the operators, the consumers and the stakeholders. I think that’s very very good.”

Pagcor is set to privatize its casinos, which according to Finance Secretary Carlos Dominguez III would allow it to focus on its regulatory function.

However, some investors have become wary with sudden pronouncements such as the casino license moratorium.

“I think there’s still a lot of political uncertainty,” Quiogue says. “That’s what our clients usually ask, like what is stopping the administration from just declaring tomorrow that something will suddenly be illegal?”

Though the junket system and proxy betting have attracted foreign gamblers, they have also been scrutinized as channels for money laundering. Gaming suffered from bad publicity after a cyberheist in Bangladesh worth $80 million was found to have involved Philippine casinos.

Quiogue believes that the Philippine’s “dynamic regulations” will continue to be a strength amid various political and regulatory trends in the country and abroad.

“Believe it or not, the industry wants to be regulated. They want to have rules because it makes them feel safer. For them to thrive, they also want clear rules and regulations in the country where they’re doing business,” she explains.

Japan was a constant topic at the conference since it legalized casinos in 2016. Stakeholders eye a premium Asian market when it opens resorts. However, Quiogue believes the Philippines can keep its head start in the industry if it continues to remain open to trends, whether it’s creating new laws or developing outside of Metro Manila.

“I think they anticipate Japan’s first casino to be operational in 2024, ’25, so I think before that there’s still an opportunity for the Philippines to be first in online gaming and integrated resorts,” she says. JB

G2E Asia Conference goes beyond gaming for its 12th edition