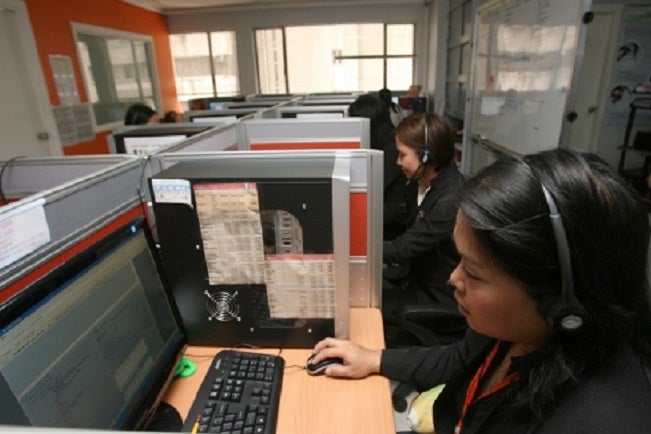 Based on the research, the Philippines fared well when it came to educating women or introducing them to the workplace. But women representation shrinks closer to the top of the corporate ladder. (File photo from the Philippine Daily Inquirer)

The Philippines can add about $40 billion to its domestic economy by 2025 – equivalent to double the current wealth of the country’s richest man, SM group founder Henry Sy – if women were equally treated to men in the workplace.

This is based on a research by global management consulting firm McKinsey & Co. titled “The Power of Parity: Advancing Equality in Asia-Pacific.” which made the case that closing gender parity was one of the biggest opportunities for inclusive growth in the region.

Highlights of the report were presented last week by Kristine Romano, managing partner at McKinsey Philippines in the forum “Womenomics and the Future of Work.”

Based on the research, the Philippines fared well when it came to educating women or introducing them to the workplace. But women representation shrinks closer to the top of the corporate ladder.

The study showed that about 53 percent of women in the Philippines finish college education, while 43 percent manage to join the workforce as entry-level professionals.

Of these, about 33 percent of Filipinas reach senior management. But only 15 percent eventually rise to the level of board members. Finally, only 3 percent of women in the country become chief executive officers (CEOs), Romano said.

“In a country where we’ve had two women presidents in the last two to three decades, only 3 percent are CEOs. This is fascinatingly low amount for me,” Romano said.

Citing McKinsey’s interviews with a bunch of women leaders, Romano said when Filipino women reach senior management level, they tend to feel it’s enough of an accomplishment for them.

On the other hand, she noted that for women who were not even able to join the workforce, the low-income families were the most vulnerable because they tend to have children earlier and some of the pregnancies are unintended.

The study also showed that the Philippines was Asia-Pacific’s best performer in labor participation. Romano noted, however, that women here were still underrepresented in historically male-dominated fields like science and engineering, information and communications.

The $40 billion that McKinsey estimated could accrue to Philippine gross domestic product (GDP) if gender gaps were closed would be equivalent to a 7-percent increase in GDP if the nation were to just adopt business-as-usual.

In the same vein, the additional GDP estimate for Asia-Pacific is $4.5 trillion of annual GDP in 2025, or 12 percent above the business-as-usual case.

To arrive at this number, McKinsey looked at what the most gender equal countries were doing in three areas: labor force participation, hours worked and sector mix.

If all countries were able to match the rate of progress of the most improved country in the region, that’s how McKinsey estimated the $40-billion estimate for the Philippines and $4.5 trillion for Asia-Pacific, Romano explained.

“At $4.5 trillion, that’s equivalent to the GDP of Germany and Austria combined. So women, if we were (at) gender parity with men, we could create our own country,” she said.

McKinsey proposed broad changes in policies and regulations targeting women, especially those who are not yet in the workplace.

“Government must find ways to reduce barriers to participation, especially for young mothers and single parents. There’s also effort needed to get financial products and services to increase,” she said.

McKinsey also batted for the following:

Romano added that transparency in wages would “encourage women to negotiate harder and better understand the trade-offs they are making when they opt out of the workforce.”/atm