The changing face of Vietnam hospitality 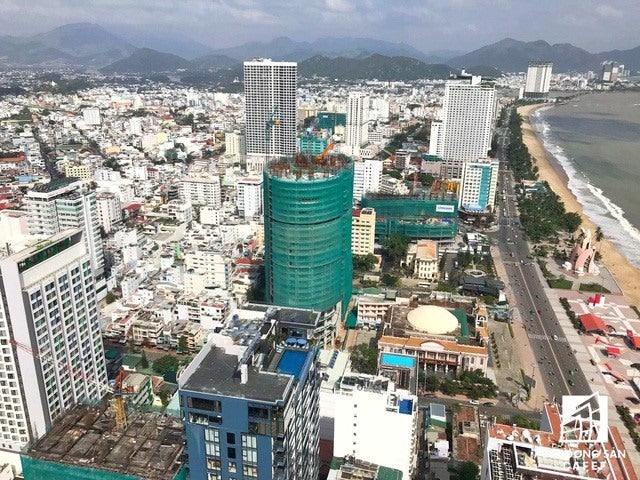 The fast-changing hospitality industry is offering many opportunities for developers to expand the number of rooms and market their properties to future new categories of guests like millennials, according to hospitality experts.— Photo cafef.vn

The fast-changing hospitality industry is offering many opportunities for developers to expand the number of rooms and market their properties to future new categories of guests like millennials, according to hospitality experts.

Vietnam has experienced unprecedented growth in the hospitality sector in recent years,  Do Hong Xoan, chairwoman of the Vietnam Hotel Association, said.

Most hotels and resorts have had an average occupancy rate of nearly 60 percent this year, Xoan said at a conference on hospitality investment held on May 9 in HCM City.

Many hotels are being built, and quite a few projects will be launched in the near future.

Most upscale hotels and resorts are managed by a well-known international brand, resulting in good quality and services.

At popular tourist destinations, the number of accommodation facilities has surged in the last few years, Xoan said.

Do Thi Thanh Hoa, deputy director of the Institute for Tourism Development Research, said the hospitality sector had become an important part of the country’s economy and had created millions of jobs.

In addition, the Tourism Law 2017 created favourable conditions for the development of non-traditional hotels such as homestays and condotels that are becoming more popular in Vietnam, she added.

Millennials (those born between 1981 and 1996) have become an important travel source for the tourism and hospitality revenue, while sharing platforms like Airbnb provide millions of rooms in thousands of cities around the world, including in Vietnam.

Around 5.8 percent of GDP has been spent on infrastructure development, Mauro said.

Traditional hotels and resorts, with around 57,000 rooms, account for 84 per cent of the total supply in Vietnam. Condotels with about 8,000 rooms account for 12 per cent.

Specialised products, including those that offer specific functions such as wellness and spas and are design-oriented, with specific services, have around 2,600 rooms, accounting for four per cent.

By 2020, 32 per cent of the total supply in Vietnam will be condotels and 65 per cent will be traditional hotels and resorts.

In the next two years, 18,000 condotel units will be added to key tourism destinations, according to Savills.

Most of the condotels are managed by developers, but Savills said they had begun to integrate other brands into their projects.

Millennials account for 24 per cent of the global population, Mauro said. By 2020, 320 million international trips are expected to be made by millennials, a staggering 47 per cent increase from 217 million in 2013.

Vietnam’s millennial population accounts for 38 per cent of the total population, or 33.7 million in 2016.

The millennial traveler market will see at least two-fold growth from 2018, which will be a challenge for hotels to adapt with their existing products, Mauro said.

Millennials prefer to spend money on experiences rather than on material goods.

Instead of making an effort to embrace new concepts, there has been a lack of product diversification, and developers are only replicating what already exists, Mauro said.