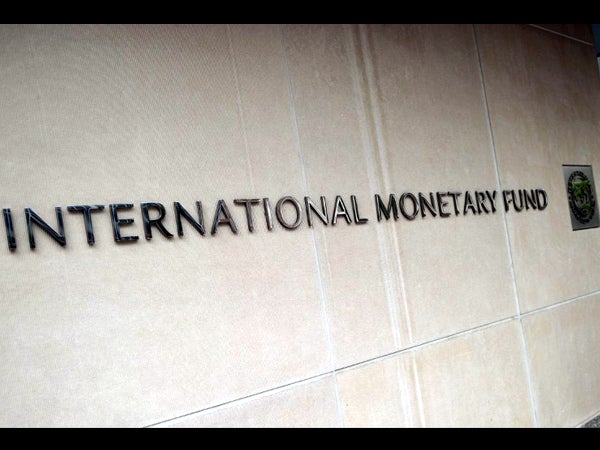 The International Monetary Fund (IMF) has further raised its inflation forecasts for the Philippines in the next two years such that the multilateral lender cautioned monetary authorities to carefully watch the recent faster rate of increase in prices of basic goods.

In its Regional Economic Outlook for Asia-Pacific report titled “Good Times, Uncertain Times: A Time to Prepare” released on Wednesday, the IMF projected headline inflation of 4.2 percent in 2018 and 3.8 percent in 2019.

In its April 2018 World Economic Outlook (WEO) report, the IMF’s inflation projections for the Philippines were a slightly lower 4.1 percent this year and 3.7 percent next year.

In its October 2017 WEO report, the IMF forecasted only 3-percent inflation rates for both 2018 and 2019, even as the upward adjustment also reflected the change in the consumer price index’s base year to 2012 prices from 2006 previously.

“Inflation should remain within the target band of 2-4 percent, but the authorities will need to watch carefully for building inflation pressure, as well as rapid credit growth,” the IMF said.

The IMF noted that at the start of the year, inflation picked up “owing to the temporary effects of tax reform implementation and higher energy prices,” referring to the Tax Reform for Acceleration and Inclusion (TRAIN) Act.

Signed by President Rodrigo Duterte in December, Republic Act No. 10963 or the TRAIN Law since Jan. 1 this year jacked up or slapped new excise taxes on cigarettes, sugary drinks, oil products and vehicles, among other goods, to compensate for the restructured personal income tax regime that raised the tax-exempt cap to an annual salary of P250,000.

The IMF nonetheless kept its gross domestic product growth forecasts of 6.7 percent for 2018 and 6.8 percent for 2019, although both were below the government’s target of 7-8 percent expansion yearly starting this year until 2022.

In the Asia-Pacific region, the GDP growth forecast for the Philippines was exceeded only by India’s 7.4 percent, Bangladesh’s 7 percent, Cambodia and Myanmar’s 6.9 percent, as well as Laos’ 6.8 percent, the IMF’s global and regional reports released in April and May, respectively, showed.

The Philippines’ GDP growth would reach “about 7 percent over the medium term, led by robust infrastructure investment and private consumption,” the IMF said.

The current account deficit, however, was projected by the IMF to further widen to 0.5 percent of GDP this year and 0.6 percent next year from 0.4 percent last year.

The IMF’s forecast in October last year was a narrower current account deficit in 2018, equivalent to 0.3 percent of GDP.

Last year, the current account deficit ballooned to $2.5 billion, the biggest since 1999, amid a surge in imports that also resulted in a wider trade in goods deficit.

Market concerns on the prevailing current account deficit had weakened the peso to 11-year lows, also putting pressure on the prices of consumer goods.

Last month, the Cabinet-level Development Budget Coordination Committee raised the foreign exchange rate assumption for the period 2018 to 2022 to 50-53:$1, from 49-52:$1 previously, on expectations of a weaker peso in the medium term due to the huge fiscal stimulus in the United States.

The trade deficit is expected to further widen in the near term due to importation of mostly capital goods needed to support the ambitious  “Build, Build, Build” infrastructure program.

Under “Build, Build, Build,” the government plans to rollout 75 “game-changing” projects, with about half targeted to be finished within President Duterte’s term, alongside spending a total of over P8 trillion on hard and modern infrastructure until 2022 in a bid to usher in the “golden age of infrastructure.” /jpv