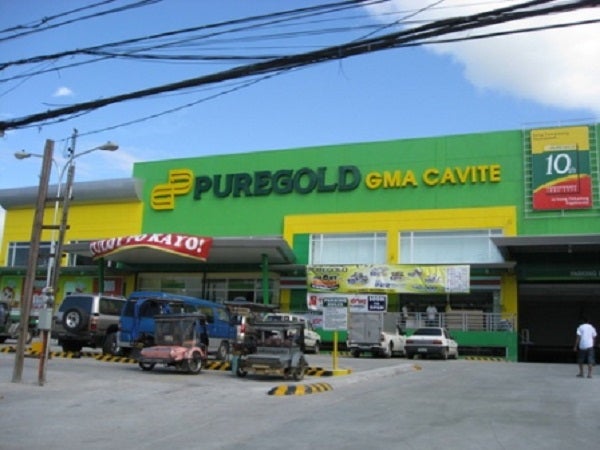 The Puregold Price Club in General Mariano Alvarez, Cavite, is one of 31 Puregold stores in South Luzon. PHOTO FROM GMACAVITE.COM.

Puregold Price Club Inc. sees the impact of higher inflation as well as new excise taxes slapped on sugary drinks and cigarettes impacting on sales in the second quarter, slowing revenue growth for the entire year.

During the Lucio Co-led retail giant’s annual stockholders’ meeting Tuesday, comptroller Teodoro A. Polinga noted of the “conservative” revenue guidance for 2018 of 6-8 percent growth from 8-10 percent in previous years.

Polinga attributed the expectations of slower sales growth this year to “potential impact of new taxes,” referring to the Tax Reform for Acceleration and Inclusion (TRAIN) Act.

Data showed the company’s net sales rose 10.6 percent last year to P124.5 billion, with a compounded annual growth rate of 14.2 percent in the past five years.

Hao nonetheless noted that soft drink sales were up so far this year. “Volume-wise, sales declined. But the increase in price was 20 percent on the average, so it more than offset the decline in volume,” he explained.

Hao added that the higher take-home pay of workers due to the TRAIN Law boosted sales of soft drinks, cigarettes and alcoholic drinks.

However, Hao said the increase in oil prices, partly due to the TRAIN Law coupled with higher global prices, as well as higher power rates and transport costs in the second quarter would likely impact on sales moving forward.

The high inflation environment was also a “risk” identified by Puregold this year, he said.

Last Friday, the government reported that inflation rose 4.5 percent year-on-year in April, an over five-year high, mainly on the back of a jump in prices of “sin” products such as cigarettes and alcoholic drinks.

As such, the headline inflation rate based on 2012 prices averaged 4.1 percent in the first four months, already breaching the government’s target range of 2-4 percent.

“Due to higher fuel and electricity costs, suppliers may raise prices, although so far, they have yet to do so,” Hao said.

Higher consumer prices may nevertheless also help Puregold shore up sales, as consumers may gravitate towards its stores, which are known to sell goods at a relatively lower price compared with its competitors.

“Consumers know that our prices are the cheapest, that’s our advantage. [High inflation] may have a positive effect on our sales,” he said.

Hao said capex for 2018 was slightly reduced to P3.65 billion from P3.7 billion previously as the company no longer had to spend P50 million to put up 10 Lawson stores.

To recall, Puregold last month announced that it decided to exit the convenience store business only three years after diversifying into this highly competitive retailing segment.

Puregold disclosed to the Philippine Stock Exchange in April that it had signed an agreement to sell its 70 percent stake in PG Lawson to its Japanese partner Lawson Inc.

Hao said their Lawson venture was operating at a loss since 2014.