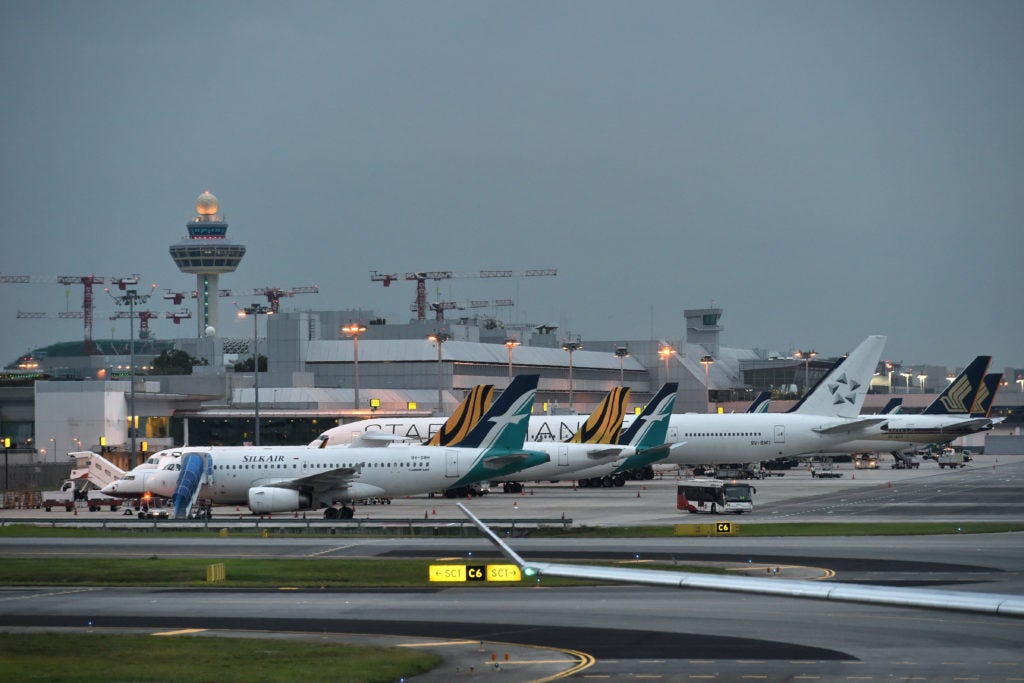 Various commercial aircraft are seen parked on the tarmac at the Changi International airport in Singapore on October 31, 2017. / AFP PHOTO / ROSLAN RAHMAN

The Singapore-Kuala Lumpur route is the world’s busiest international air link, with seven airlines that operate up to 84 flights a day.

The ranking by industry consultancy OAG, released on Thursday, is based on the number of flights between two cities in the 12 months to the end of February this year.

While the Singapore-KL sector was the busiest for Changi Airport based on the number of flights operated, more people flew between Singapore and Jakarta during the same 12 months.

Total passenger traffic on the route was more than 4.6 million, compared with about four million for Singapore-KL.

Mr Mayur Patel, OAG’s regional sales director for Japan and the Asia-Pacific, noted that 14 of the world’s 20 busiest routes, including eight of the top 10, are between Asian cities.

“Given the robust expansion of air passenger travel across the Asia-Pacific and the fierce competition between carriers in the region, it is unsurprising,” he said on Thursday.

Turning to airports, OAG noted that Hong Kong was the busiest Asian airport hub, featuring in six of the top 20 routes while Changi Airport featured in four.

Mr Patel said: “While this intense level of competition offers impressive flight frequencies and competitive prices for consumers, it adds pressure to the operating costs and on-time performance of carriers, and may prove unsustainable over time.”

Other industry experts noted that the expansion of low-cost carriers in Asia has significantly boosted the number of air services between Asian cities, including Singapore-Kuala Lumpur and Singapore-Jakarta.

Mr Brendan Sobie from the Centre for Aviation noted in a recent report that low-cost carriers in Singapore now operate a fleet of 60 aircraft – 44 from the Airbus 320 family and 16 Boeing 787s.

Low-cost carriers currently account for about a third of the total passenger traffic at Changi Airport.

There are now 18 such airlines offering both short-and long-haul flights to and from Singapore, said Mr Sobie.