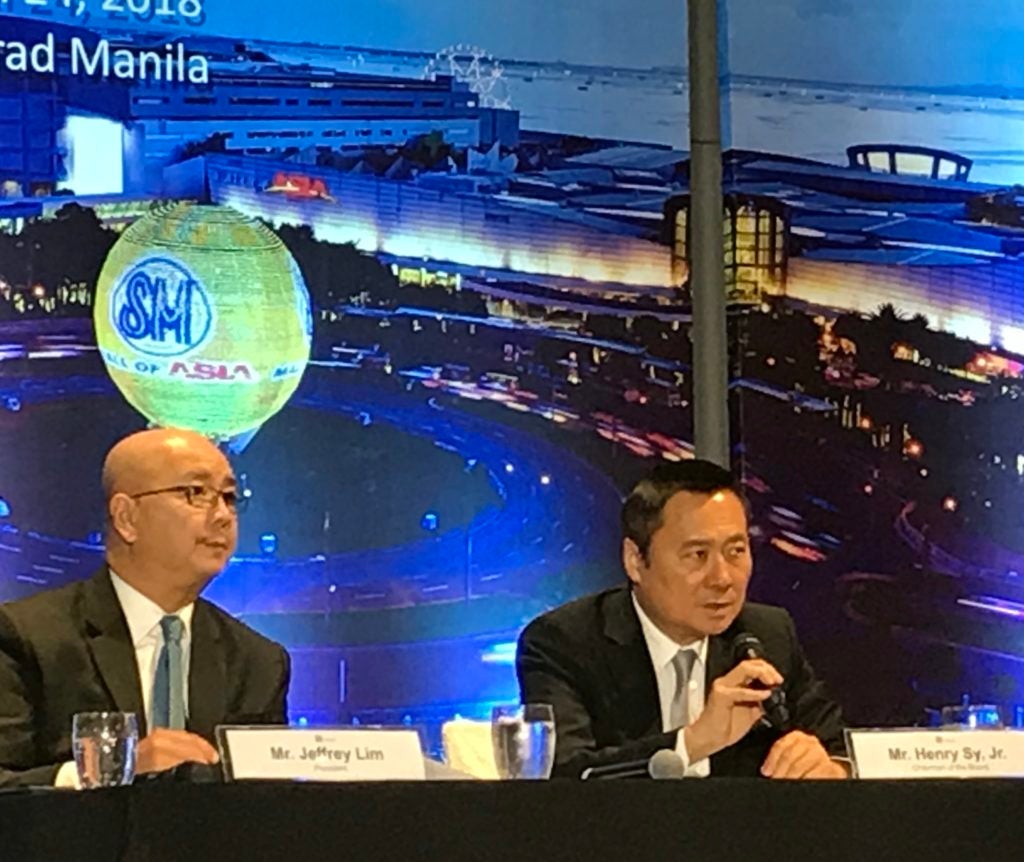 This marks a 38-percent increase from SMPH’s capital outlays of P58 billion last year, the company’s president Jeffrey Lim reported to stockholders in an annual meeting on Tuesday.

About 46 percent of this year’s capital expenditure will go to the residential business. SMPH’s residential arm SM Development Corp. (SMDC) plans to launch around 15,000 new residential units valued at an average of P3 million each this year.

Like other property developers, SMDC is seeing strong demand from buyers from mainland China. In the first quarter of this year alone, 30 percent of total reservation sales came from mainland Chinese buyers, reflecting the mushrooming of online gaming firms in the country.

About 42 percent of the budget will go to the shopping mall business, the group’s main cash cow. For 2018, SMPH is set to open five new malls in the Philippines- SM Center Imus, SM City Urdaneta Central, SM City Telabastagan in San Fernando (Pampanga), SM City Legaspi and SM City Ormoc. This will bring to 79 the malls in SMPH’s portfolio, 72 of which are in the Philippines and seven in China.

The remainder of the budget will go to other commercial developments, including hotel and convention centers.

SMPH currently has seven office buildings with combined gross floor area of 456,000 square meters. Additional 320,000 sqms will be added once ThreeECom and FourECom are completed in 2018 and 2020, respectively.

Meanwhile, the hotel and convention centers segment has six hotels with over 1,500 rooms in its portfolio.

Since consolidating SMDC and SMPH, the group has grown business consistently at a double-digit pace.

Lim said SMPH had benefitted from the country’s overall economic progress, as well as the spreading of growth to provincial areas. Last year, provincial malls accounted for 51 percent of Philippine mall revenues. “We expect this trend to continue over the medium term as we further expand our reach to other upcoming progressive cities in the provinces,” he said.

Asked about SMPH’s performance for the first quarter, Lim said the company would likely sustain a mid-teen growth in net profit.