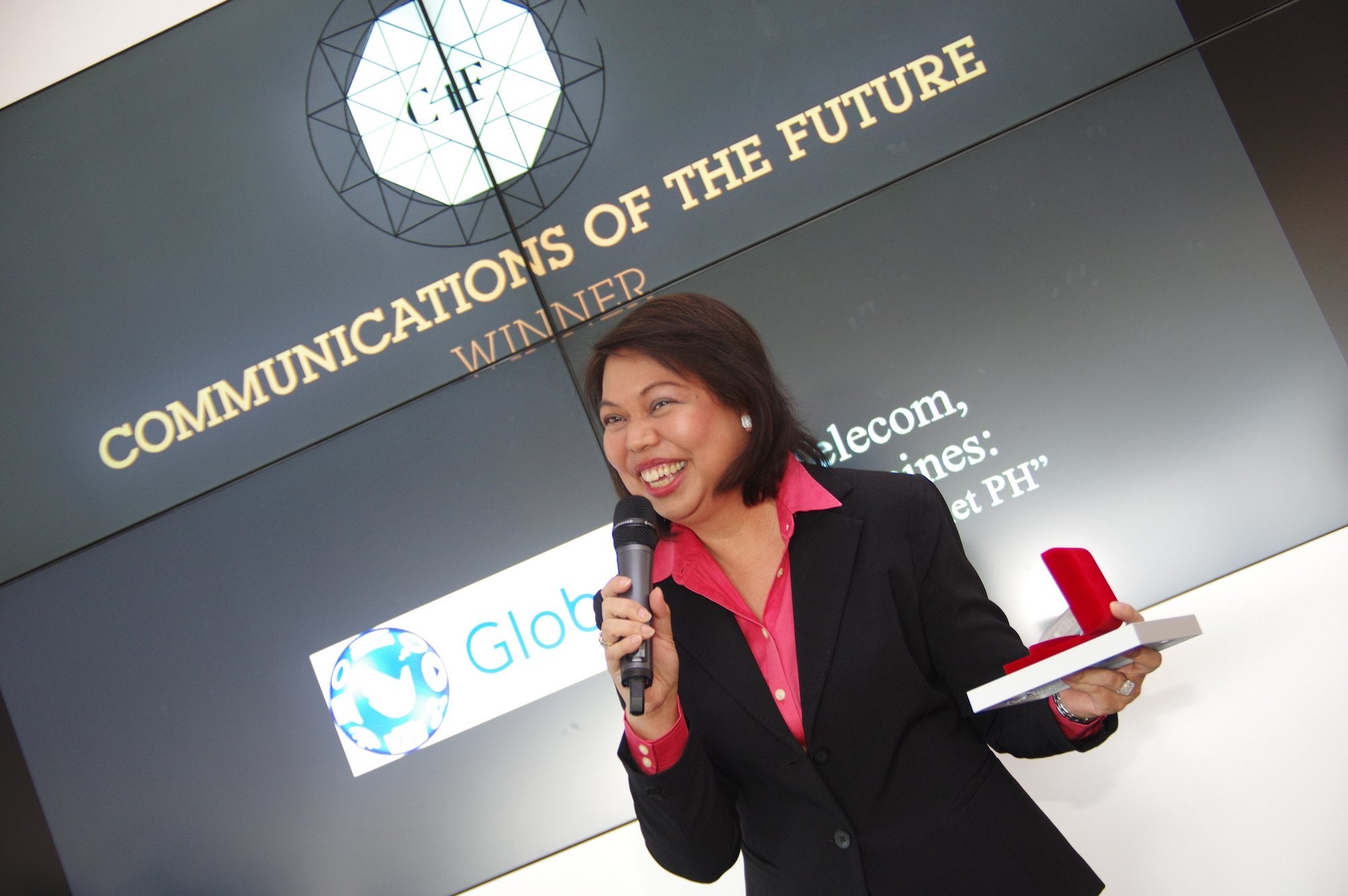 Globe corporate advocacy and communications campaigns were recognized in their respective categories by the international jury board of the C4F Davos Award 2018 putting the Philippines on top against 13 other countries all over the world.

Globe became the first Filipino company to be recognized by the WCFA for its “1st World Internet PH” campaign which bagged the Communications of the Future Award, and the “7 Ways We Create Wonderful Experiences” Annual and Sustainable Report which captured Media of the Future Award.  Both are under the corporate categories.

Globe Senior Vice President for Corporate Communications Yoly Crisanto also became the first Filipino to be recognized with a C4F Davos Award by winning the Ideas of the Future-Personal category under the Start-up and Technology Categories. Crisanto was recognized by PRWeek as one of the 500 most influential people in the global PR industry for three straight years from 2015 to 2017.

Globe President and CEO Ernest Cu said that the company is now being recognized not only for its phenomenal business performance but also for its social good and nation building initiatives through its comprehensive sustainability programs. “As a purpose-led organization, we now look beyond business and engage with stakeholders more deeply to help contribute to the sustainable development goals (SDGs),” Cu said.

Aside from the major awards, Globe was recognized with finalist citations for being shortlisted for its other advocacy campaigns including Globe Future Makers (Idea of the Future-Corporate) and Wonderful PH (Communications of the Future) which were awarded finalists by the C4F Davos Award international jury.