But says concerns about monopoly should be left to LTFRB
By: Jovic Yee - Reporter / @jovicyeeINQ
Philippine Daily Inquirer / 05:06 AM April 10, 2018 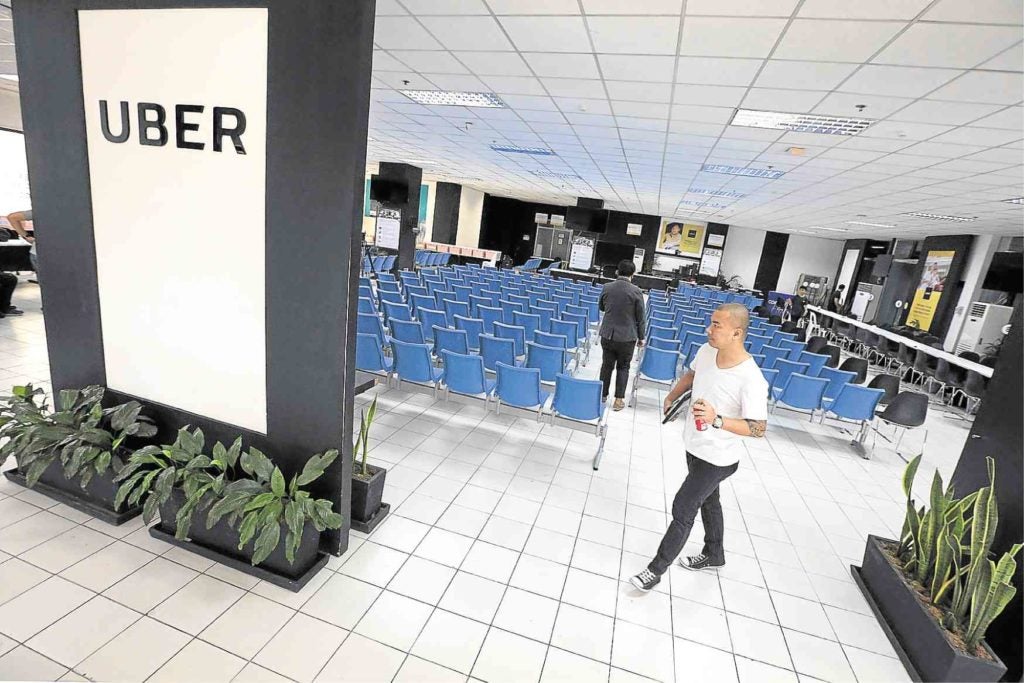 In compliance with an order from the Philippine Competition Commission (PCC), transport network company (TNC) Grab will keep the Uber app running until April 15 although this will not only defeat the purpose of the order but also put the riding public at risk, according to its officials.

Earlier, the PCC ordered Uber to continue its services beyond April 8, delaying Grab’s takeover of its operations in the country.

The PCC directed the two TNCs to maintain separate and independent operations pending its review of the deal between the ride-hailing firms.

According to Cu, they decided to extend the operations of the Uber app until April 15 as they expect to meet with PCC officials this week to further discuss the March 25 deal which resulted in Uber’s exit from Southeast Asia and gave it a 27.5-percent stake in Grab’s operations in the region.

Cu said that since March 25, Grab has footed the cost of its rival app’s operations in Southeast Asia as drivers and riders migrated to its platform.

He pointed out that if the PCC would insist that Uber continue operating during the review, this would “diminish the point of what they want us to do.”

According to Cu, the PCC does not seem to understand the premise of Uber’s extension of its operations in Singapore for another week.

“The premise [of Uber’s April 15 extension in Singapore] was to help in the transition, not to create an indefinite operational structure for a company that has already left the region,” he said.

Leo Gonzales, Grab Philippines public affairs head, pointed out that even if the Uber app continued to operate in the country, the PCC should realize there was no back-end support left to take care of passenger complaints and safety issues in the event of an accident.

This was also the issue raised by the Land Transportation Franchising and Regulatory Board (LTFRB) which said that since the signing of the deal, only two Uber employees remained in the country to work on the transition.

Cu also said that the PCC’s worry that Grab’s acquisition of Uber would create a “virtual monopoly” of the ride-sharing industry was a matter best left to the LTFRB.

“Unlike other companies, we are governed by the LTFRB. We fully trust … that it is operating in the best interest of the riding public. If PCC thinks [the deal is] detrimental to the riding public, they should take it up with LTFRB,” he said.

Currently, the LTFRB is in the process of accrediting three new TNCs. A fourth TNC has expressed interest in joining the ride-hailing industry although it has yet to submit an application for accreditation.

Cu maintained that even if Uber was now a part-owner of Grab, there was “no integration of operations as it remained separate, and we’re not assuming control of the Uber app.”

He explained that even if Grab was funding the app’s operations, the system was still being handled by Uber’s main office in the United States.