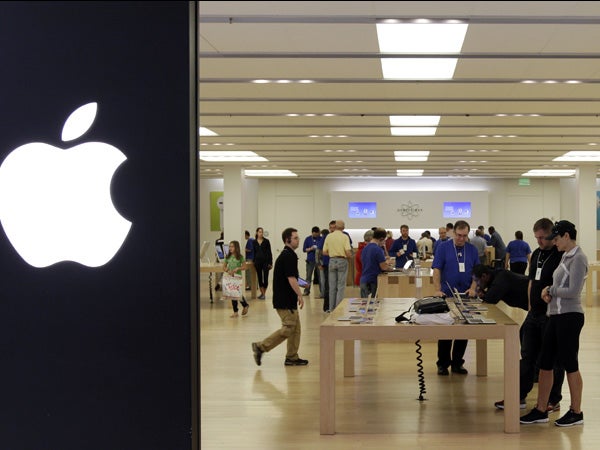 SEOUL — Apple is likely to face sanctions from the Korean antitrust watchdog over dumping its advertising and repair costs to local telecom operators, according to industry sources, Sunday.

The Fair Trade Commission’s secretariat recently agreed to impose penalties on Apple Korea over the unfair practice and sent an examination report to Apple Korea to seek an explanation, according to the sources.

The FTC will confirm whether to impose sanctions and the range within a few days after hearing from Apple Korea.

Apple Korea has faced criticism over the past few years from local mobile carriers for passing the costs for iPhone sales, including advertising costs, launch events and repair costs to them.

In November, three telecom operators — SKT, KT and LG Uplus — aired TV commercials promoting the designs and functions of the iPhone 8 and iPhone X as Apple requested, but at their own expense.

“When you see iPhone’s TV commercials here, everything is the same except for a telecom operator’s logo at the end of the commercials. Still, telecom firms should bear all the costs standing at billions of won,” said an executive of one of the three firms on the condition of anonymity.

The price of Apple’s premium iPhone X has also faced criticism among local consumers. The price of its 64-gigabyte and 256-gigabyte models are around 200,000 won ($187) more expensive than in Japan and the US.

Amid growing speculation, the FTC began an investigation in 2016 and raided the Apple Korea office in June of 2016 and November of 2017.

In other nations, Apple faced a penalty of 700 million won in Taiwan in 2013 for controlling iPhone costs and was imposed with a fine of 64 billion won in France over unfair practices against carriers last year.