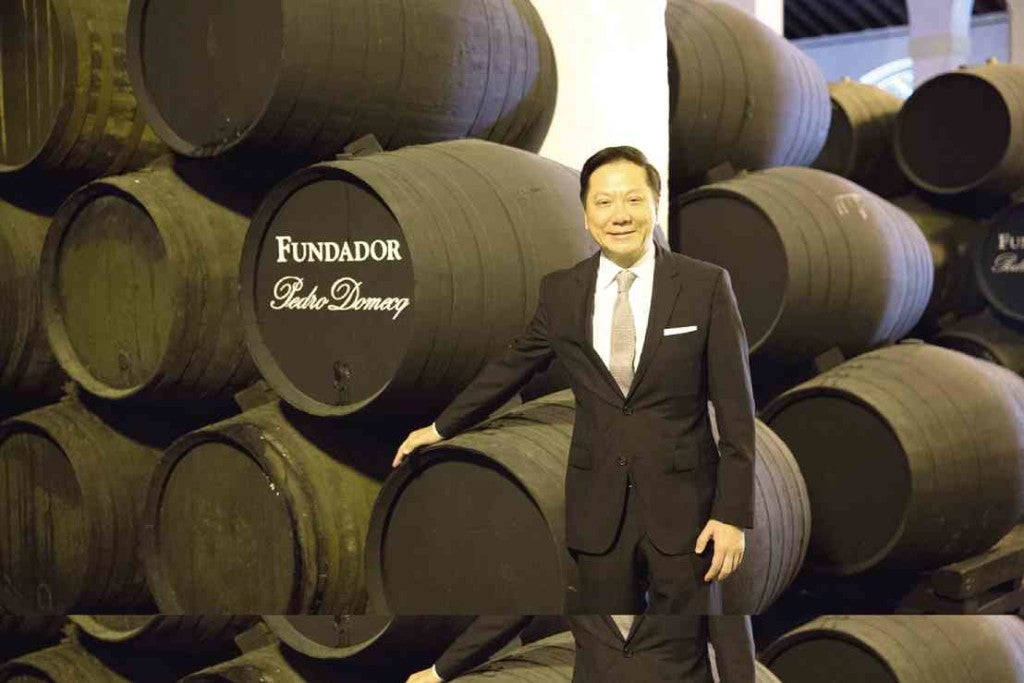 Tycoon Andrew Tan-led conglomerate Alliance Global Group Inc. chalked up P14.9 billion in net profit last year, flat from the level a year ago, as slower earnings from its gaming and liquor businesses negated higher contribution from the property and fast-food units.

Consolidated revenues went up slightly to P141.8 billion as the strong results from its real estate operations and quick service restaurants business cushioned the weakness in its gaming and leisure operations, as well as the modest rise in liquor sales.

Adding back non-recurring items, net income should show some 4 percent improvement to P15.2 billion, AGI disclosed to the Philippine Stock Exchange on Thursday.

AGI president Kingson Sian said: “2017 has been a rather challenging year for the group but that never deterred us from pursuing our growth ambitions. As we move forward, we remain focused on investing in our future. We have in fact spent close to P70 billion during the year for our ongoing expansion plans.”

For 2018, AGI has earmarked P80 billion in capital spending, about 75 percent of which will go to property arm Megaworld Corp. for its development and investment property projects. Another 15 percent of the budget will be spent by integrated gaming arm Travellers International Hotel Group to complete the phase 3 development of Newport City.

Travellers International posted a net profit of P241.7 million last year, sliding from the P3.4-billion net profit posted in the previous year. This was in the aftermath of the June shooting spree by a lone gunman who attacked the casino in Newport City, resulting in a temporary shutdown of the facility.

With lower gaming capacity in the second half of last year, gross gaming revenues (GGR) stood at P17 billion, falling from P23.64 billion in the previous year. Non-gaming revenues grew by 5 percent to P4 billion as its hotel operations continued to report high occupancy rates.

In 2017, Megaworld grew its net profit by 13 percent to P12.8 billion in 2017. Consolidated revenues rose by 8 percent to P50.4 billion, boosted by the 18% expansion in rental revenues while residential revenues also picked up.

GADC ended the year with a total of 566 operating stores throughout the country, compared to the 520 stores in the previous year.