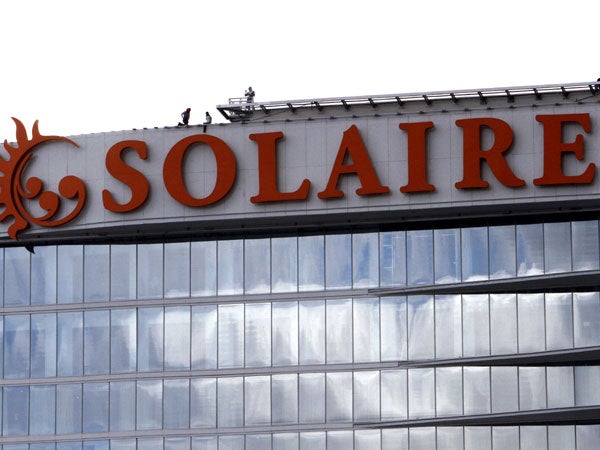 For the fourth quarter alone, however, Bloomberry’s net profit slid by 87 percent to P98 million as the “win” rate from the VIP or high-roller segment dwindled to 1.95 percent, below the normal average of 2.85 percent. There were likewise some one-off non-cash expenses relating to the depreciation of a transportation asset, unrealized foreign exchange losses as well as P267- million net loss from its Korea operations.

A casino’s “win” or “hold” rate is based on the element of luck but is also affected by the spread of table limits, a player’s skill and resources and amount of time spent in the casino. While it’s often said that the house always wins, sometimes it wins more and sometimes less than the statistical probability.

For the full year, Bloomberry’s net profit of P6.06 billion was buoyed by the 81-percent increase in the profitability of Solaire as well as the 82-percent reduction in net losses from its Korea operations.

Bloomberry chair and chief executive officer Enrique Razon Jr. said: “Going into our fifth year of operation has become even more exciting with our 2017 results in sync with the growth trajectories we have aimed for. This is largely due to our topnotch management team and the thousands of Bloomberry and Solaire men and women, whose tireless drive and dedication keep us notches ahead.”