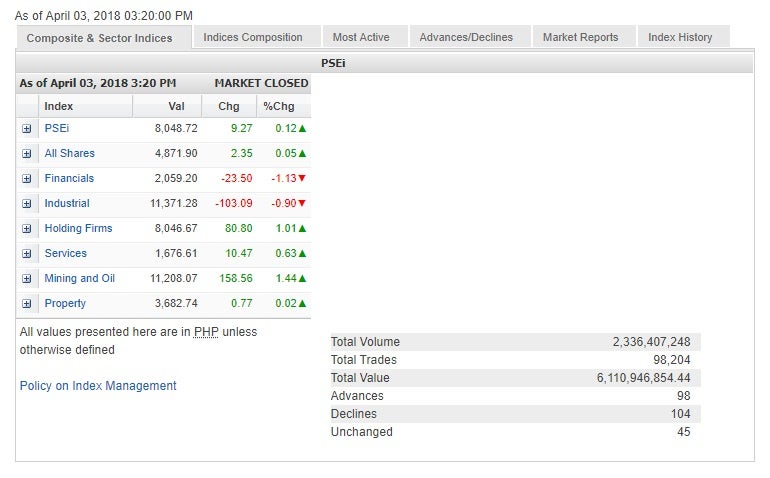 The local stock barometer stabilized above the 8,000 mark on Tuesday, defying the slump across most regional markets on selective buying of large-cap stocks.

Elsewhere in the region, stock markets were mostly lower, tracking the overnight decline in Wall Street.

The PSEi was led higher by the holding firm and mining/oil counters, which both advanced by over 1 percent.

The services and property counters also firmed up.

On the other hand, the financial counter declined by 1.13 percent while the industrial counter also fell by 0.9 percent.

Despite the PSEi’s gain, market breadth was negative as 104 decliners outnumbered 98 advancers while 45 stocks were unchanged.

The PSEi was led higher by SM Investments, which gained 3.17 percent, while Globe Telecom advanced by 2.71 percent.

Ayala Land and LT Group both gained over 1 percent while BDO, PLDT and AGI all firmed up.

On the other hand, Security Bank and BPI both declined by over 2 percent while Jollibee and URC fell by over 1 percent.