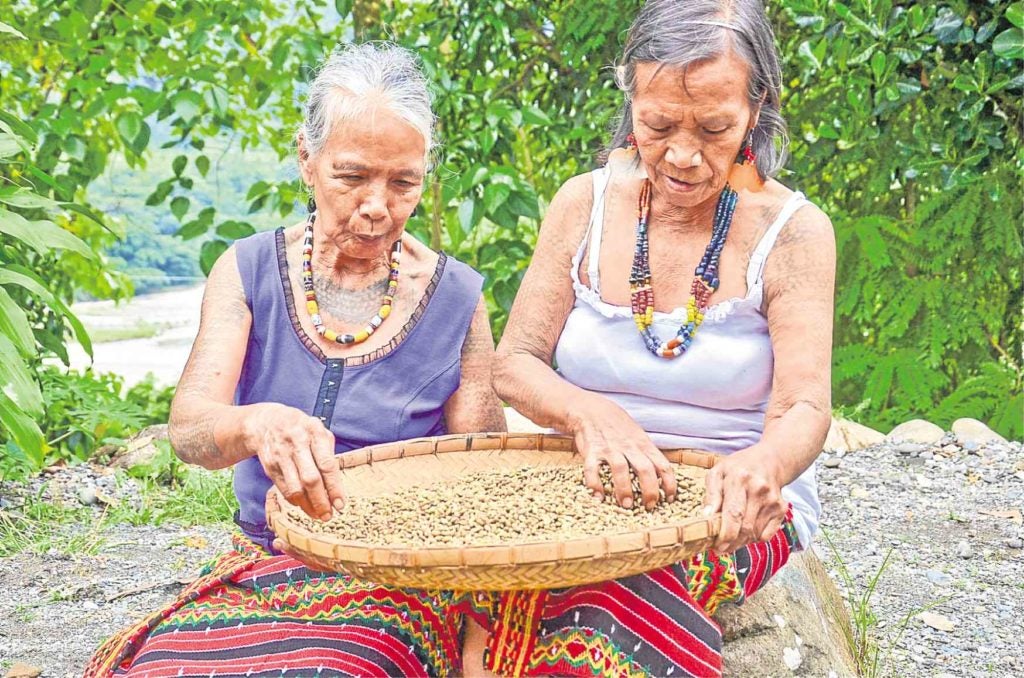 The sorting of dried coffee beans is mainly done by women in the coffee growing communities of the Cordillera.

BAGUIO CITY—For the past decade, farmers have struggled to supply at least a tenth of the country’s demand for coffee, the world’s second most traded commodity.

In 2017, the country produced 28.5 million kilograms of coffee. However, the output represented just 6.8 percent of the 417 million kg of coffee consumed in the same year, said Myrna Pablo, national coordinator of the government’s coffee industry cluster, citing a December 2017 report of the foreign agricultural service of the US Department of Agriculture.

“There has been a steady increase in the number of coffee consumers for more than a decade but the production trend has remained flat,” she said during the Philippine Coffee Conference, held for the third time here on March 21 and 22.

The Philippines imports mainly from Vietnam and Indonesia.

Trade Secretary Ramon Lopez said that with local coffee consumption continuing to grow, the government has been implementing measures to revitalize the sector.

In 2012, policymakers and stakeholders started drafting the Philippine Coffee Industry Roadmap, which was approved in March 2017.

As planned, the country should be fully sufficient by 2021.

All four coffee varieties—Arabica, Excelsa, Liberica and Robusta—are grown in the country.

“The local government units reported progress since the roadmap was rolled out last year. It may be slow but we are gaining good momentum,” Pablo said.

In Cordillera, output has not been growing fast due to aging trees and the shift to cash crops like corn, according to Danilo Daguio, regional technical director of the Department of Agriculture (DA).

This is the reason many farmers abandon or cut them down without replanting as it takes years before a tree bears fruit.

For instance, the Arabica variety, prized for its rich aroma, takes at least six years to reach full productivity.

Lopez said the lack of production can also be addressed by changing the mindset of farmers. 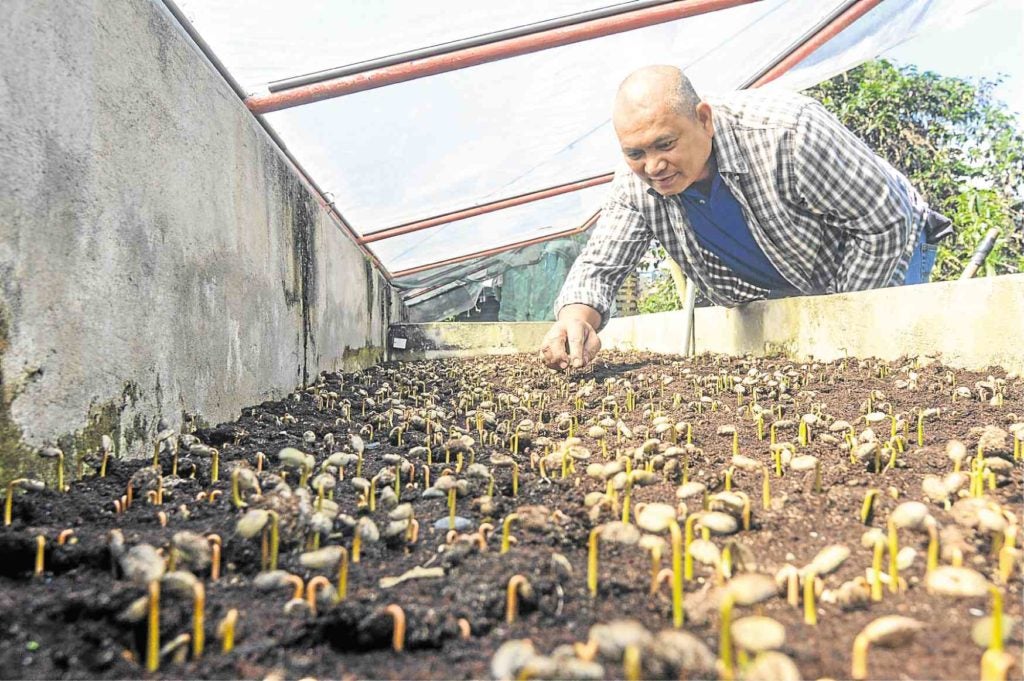 Leo Balagot (above), who is in charge of the nursery, checks the readiness for plotting of germinated Red Bourbon Arabica coffee at the Bureau of Plant Industry facility in Baguio.

According to him, farmers need to look “not just as producers but to think entrepreneurial by mastering concepts such as packaging, right market and timing as well as improving their financial literacy.”

Farmers need to learn to develop agribusinesses by converting farms into tourism destinations with restaurants and homestay facilities, or as agriculture training centers, she said.

She said coffee intercropping with coconut and the provision of high quality seedlings would improve production.

The DA allotted P154.59 million this year for coffee programs.

Villar said the coconut industry development fund, which was approved by the Senate on March 19, can also be used for intercropping of coffee and coconut.

For non-coconut growing areas like the Cordillera, coffee has been intercropped with pine trees and other forest trees, according to Oliver Oliem, Luzon representative of the Philippine Coffee Council.

But the government needs to improve its efforts to effectively support the one-value chain from planting seedlings to consumption, she said.

“We do not need a lot of programs … it can be just few effective programs which can be replicated from Luzon to Mindanao,” she said.