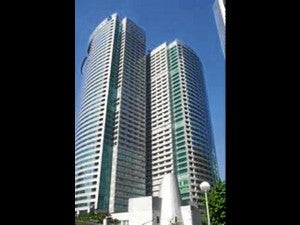 The issues of “green,” “greenwashing” and “sustainable building initiatives” are turning out to be contentious, with their own fair share of skeptics and proponents. They are also issues that must be addressed and resolved, especially now that the property sector faces a future inevitably shaped by climate change and a growing human population.

Last week, the Inquirer Property story “What to look for when developers claim to be green” was published and uploaded online. Almost immediately, readers reacted to the green-building ratings systems described in the article. Some of them wrote that these rating systems were “all marketing strategies” and that the Philippines was just following the hype that originated in the United States. One even predicted that a green accreditation rating system in the Philippines would not prosper, it being another potential source of corruption.

Asked for comment on these readers’ reactions, architects agreed that green-building rating systems were, indeed, environment marketing strategies, but in a way that would still benefit both the Earth and humans inhabiting the subject project or development.

Christopher Cruz de la Cruz, UAP, CBP, chair and president of the Philippine Green Building Council and proponent of the Building for Ecologically Responsive Design Excellence (Berde) Philippine rating system, said green-building rating systems are recognized as an efficient way to communicate to the public the environmental performance of buildings.

“What we would like to have is a scenario wherein the public leases and/or buys properties that are good for them. Think about the ‘nutrition facts’ stated in a milk carton, isn’t it a good way to guide consumers in their purchases? Declaration of vital eco stats will make the public more aware of the eco performance of the properties they are buying,” De la Cruz quipped.

Green Architecture Movement founding chair Amado P. De Jesus Jr., FUAP, said: “With less electricity and water use, your utility bills will be less. This means that for more tenants or buyers, green buildings make sense, don’t you think? The owner also stands out as being a responsible member of the business community,” he said.

Dela Cruz said the Berde rating system, as part of the development process, has been reviewed by several established rating systems from all over the world.

“It must be noted that the Berde framework was based on the UN Sustainable Development Framework. A quick scan through the system will easily show that Berde was designed keeping in mind local context and environmental priorities,” he added.

He pointed out that this was evident in the differences in the scoring mechanism of Berde and LEED (Leadership in Energy and Environmental Design) of the United States.

De Jesus said green accreditations are normally voluntary, but those who comply with green-building principles reap the many benefits in terms of lower utility bills and better working conditions, and be recognized as well as a protector of the environment.

“If the green rating or accreditation system does not prosper here in the Philippines, it will be to our disadvantage. The rest of the world is now adopting their own green systems—all for the purpose of saving the environment and creating healthy buildings.”

He then disclosed: “Did you know that most buildings use up to 60 percent of their energy bills for air conditioning alone? With proper green principles applied, this can be easily reduced to 50, or 30 or 10 or even zero, like the Zero energy building in Singapore. This is a reality.”

Dela Cruz said the Berde rating system, like most rating systems, is voluntary. “It is designed as a recognition scheme. We need to have an effective way in the market to recognize leaders in industry that are doing good for the environment.”

As for one reader’s reaction that Berde can be corrupted, Dela Cruz replied, “I hope this does not happen. There is no incentive to corrupt the system.  Building owners are not required to get Berde ratings. It’s voluntary.”

De Jesus said, however, that Berde must be more than voluntary. “Eventually it should be compulsory, like in other countries.”

He throws the questions back at critics. “It would be interesting to know how much people really know about what it means to be green,” he said.

He revealed that not many would even know that this country has several international standard green buildings, such as the RCBC Plaza in Ayala Avenue that won an award several years ago in the Asean Energy Awards.