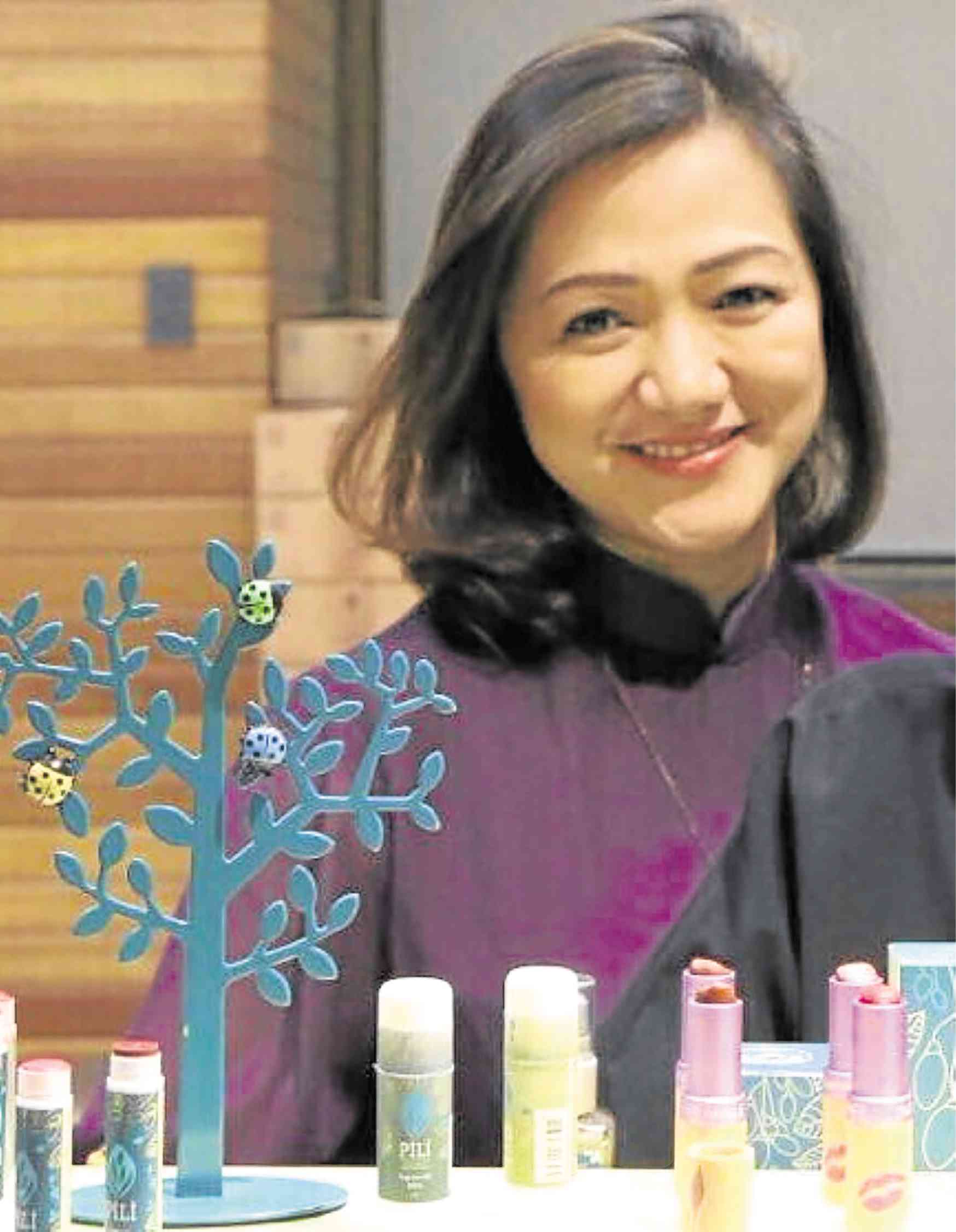 When Mary Jane Tan-Ong got into what her mother started as a backyard pili oil-based soap making venture in 2013, she didn’t realize she would eventually become involved in issues other than sales and marketing and concerned about matters beyond revenues and profits.

All she knew back then was she had to meet the challenges laid down to her by her mother, organic farming advocate Rosalina Tan: to put the name of the Philippines in the international skin care/cosmetics arena while helping improve the quality of life of pili farmers, particularly in Bicol.

She later realized that to meet these challenges, she had to be hands-on in almost everything—the sourcing of raw materials, training of farmers and addressing their welfare, development of new products and, of course, marketing.

Mary Jane is president and CEO of Elemie Naturals Inc., which formulates, develops and produces cosmetics, essential oils and skin care products using pili oil as base and active ingredient.

Barely four years in the business, Mary Jane has already taken the first few steps toward meeting those challenges. 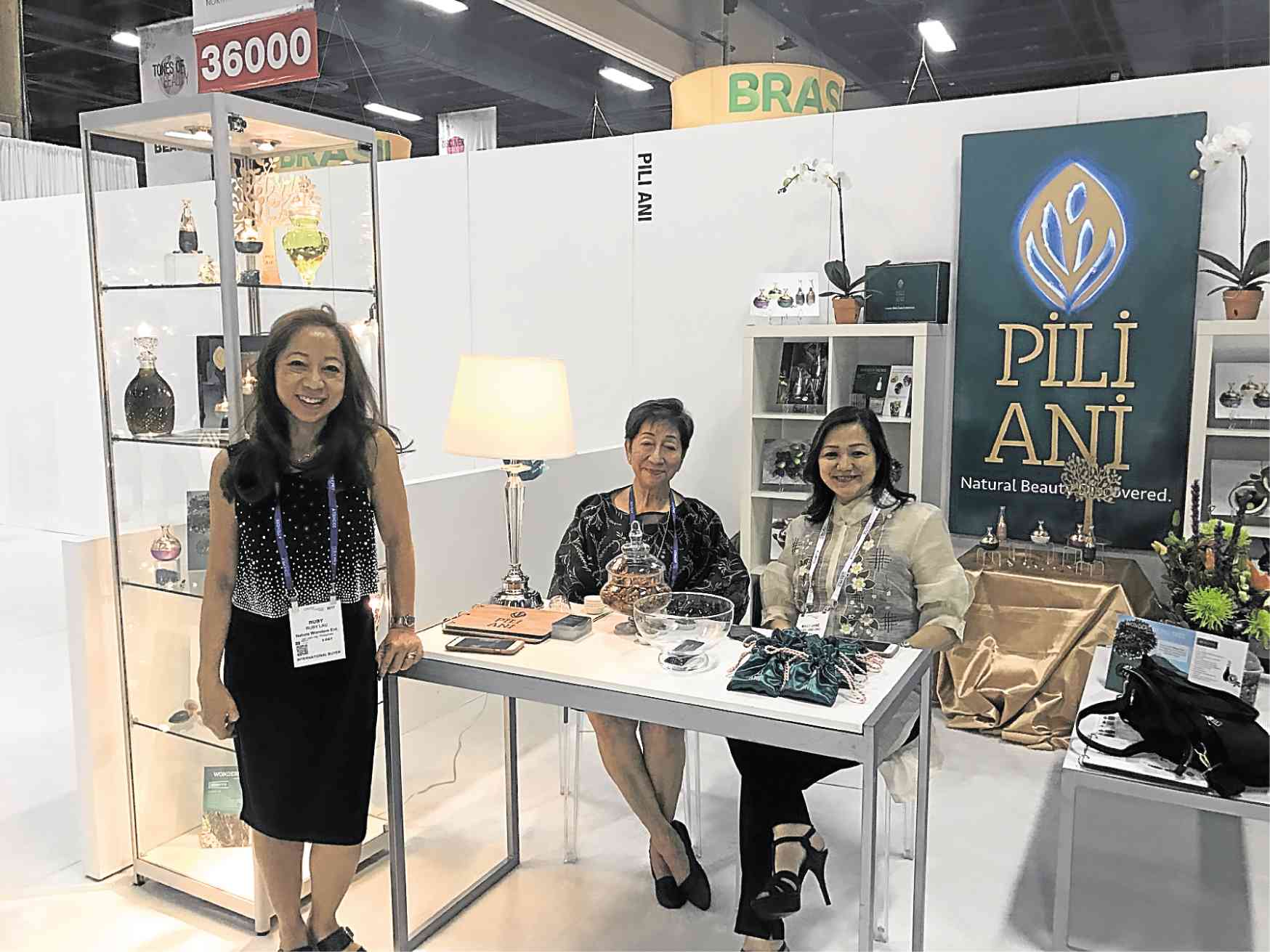 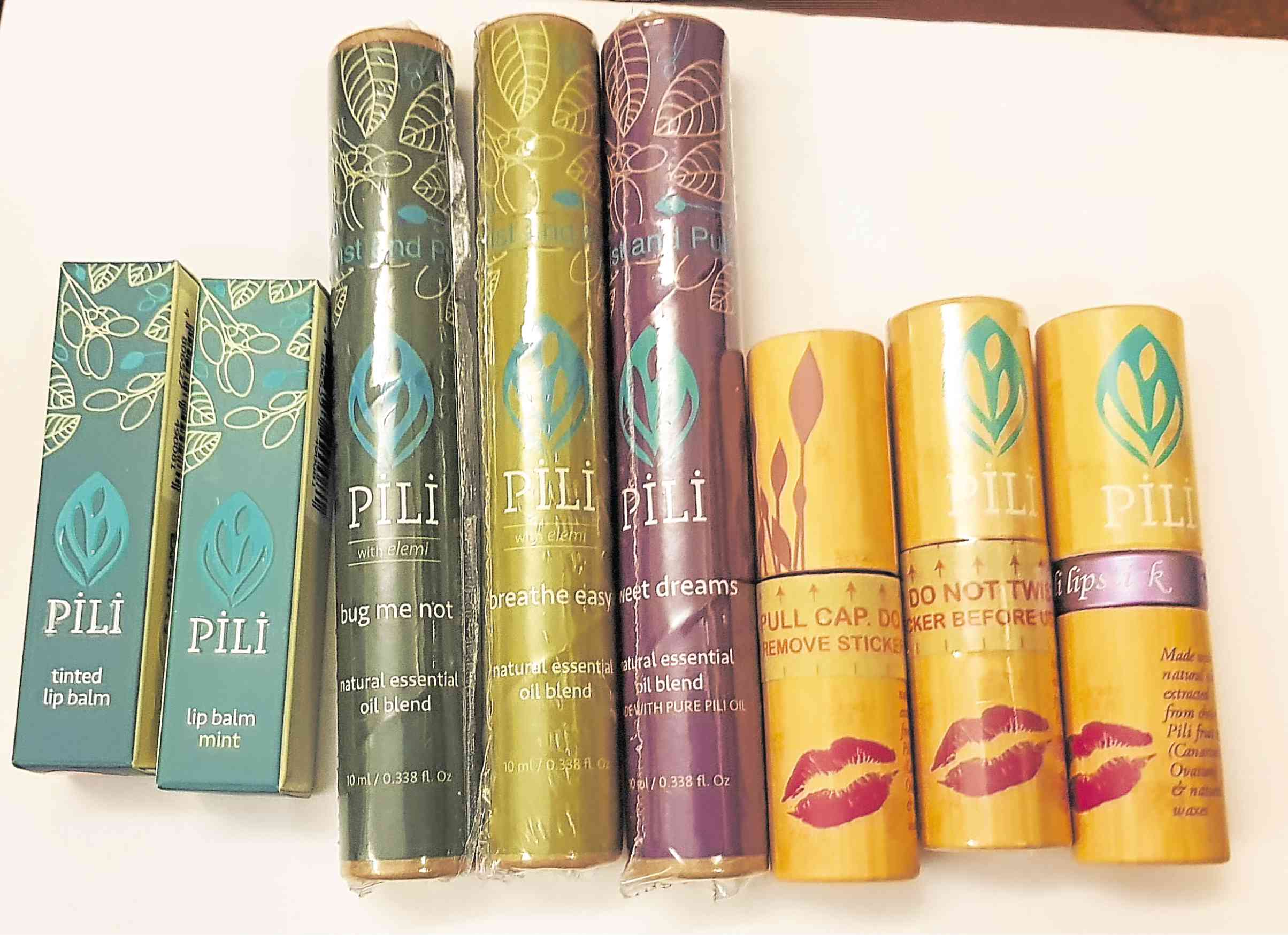 Pili Ani, Elemie Natural’s premium facial skin-care line, is now being sold in the US, while its Pili essential oils and cosmetics are faring well in the local market.

Inquiries from other markets, including South Korea, Japan and Kuwait, have started coming in.

Prices of pili have been improving given the rising demand, benefiting farmers who by now have organized themselves into cooperatives with the help of the company.

At 46, Mary Jane can already be considered an old hand at doing business.

She started young, helping in the family business, mainly trading.

She runs her and husband Wilmer Ong’s Ginebra San Miguel distributorship business in Bicol, which she has been doing quite well since the late 1990s, and serves as corporate secretary in a school, Global City Innovative College, established by her brother.

But transforming pili oil and other pili byproducts into high-value skin care, essential oil and cosmetics products and, in the process, making pili farming a lucrative endeavor, seem to be giving her a different high. 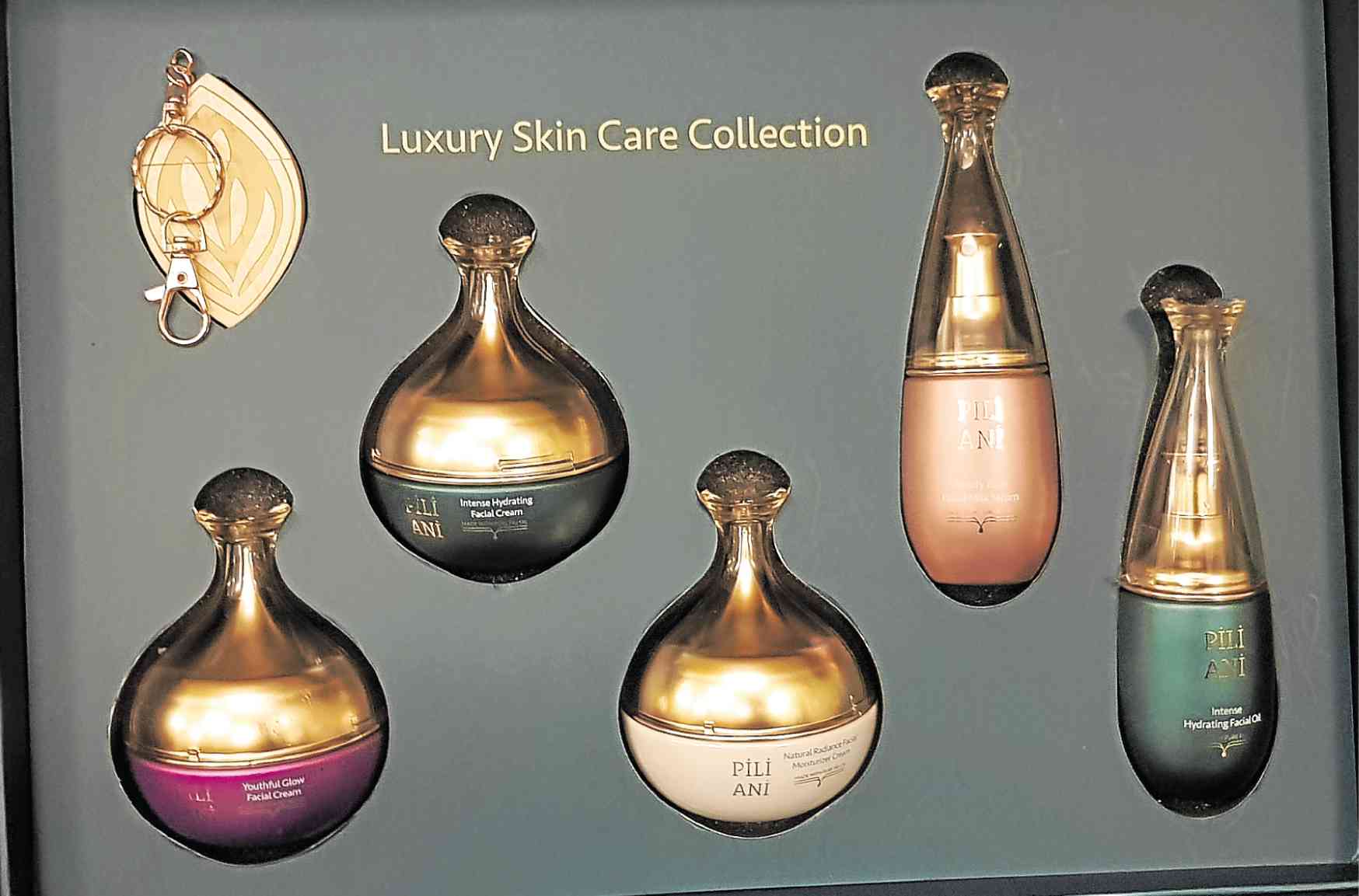 Except for its delicious nuts, sold as confectionery, the pili tree did not get much attention in the past. Farmers extract oil from it but in very small quantities simply because demand was not there and prices were too low. The byproducts, including the pulp, shell and bark, were just thrown away or used as fuel in wood-fired kitchen stoves.

But things are changing fast. People are now taking notice of the pili tree, which is endemic to the Philippines and now considered a prized resource of the Bicol region (although the tree can be grown in most parts of the country).

Elemie Naturals’ Pili Ani has been getting attention in the US market.

The Pili Ani product lines —the intense hydrating facial cream and facial oil that are used in tandem, the beauty elixir facial milk serum and the natural radiance facial moisturizer cream—make use of a high concentration of pili oil. They compete with some of the world’s most popular brands in this market segment.

“Our footprint is still very small but we are competitive,” says Mary Jane.

“Our essential oils are like the modern-day White Flower,” Mary Jane says, adding that more products, particularly in the cosmetics line, are currently being developed by the company’s R&D department.

There are two types of oil that come from pili, one is extracted from the pulp, while the other comes from the sap from the trunk, bark and roots of the tree.

Both are used in the production of Elemie Natural’s products but Mary Jane says that while the oil extracted from the pulp helps hydrate the skin, it’s the oil from the sap, called elemi, that is rich in skin-firming, antiaging and anti bacterial properties.

Mary Jane does not claim to have discovered the wonders of pili or the first to make use of it to manufacture skin-care, cosmetic products and essential oils.

“Chanel has been buying pili oil, which it calls Manila Elemi, and using it for its skin-care products for a long time now,” she says. “Earlier on, however, that did not translate to better prices for the pili farmers. They were not organized and were dependent on middlemen in selling their produce.”

Both mother and daughter, themselves, didn’t know much about pili before. Rosalina has been buying pili oil in small quantities from the farmers she was organizing for her organic farming advocacy but only to help them.

“She made use of some of the oil to make soap but it was far from commercial, she just gave them away to friends. The soaps were very rough, no research or efficacy tests were made but her friends liked them,” Mary Jane says. “She kept on buying oil from the farmers, until one day a few years ago, I found our Ginebra warehouse in Bicol already half-full with pili oil.” That was when they decided to go for it.

Mary Jane had some idea about pili oil’s medicinal value as the locals in Bicol were using it to treat skin diseases and allergies. However, she knew her and her mother’s knowledge in soap making were not enough to develop a business out of it, so she did research and underwent training at UP Los Baños which, she found out, had conducted extensive research on and studies about pili oil.

That was how she and her mother realized the many potentials of pili and they found it ironic that while this resource was abundant in the country, no local company made use of it the way Chanel and the likes did. 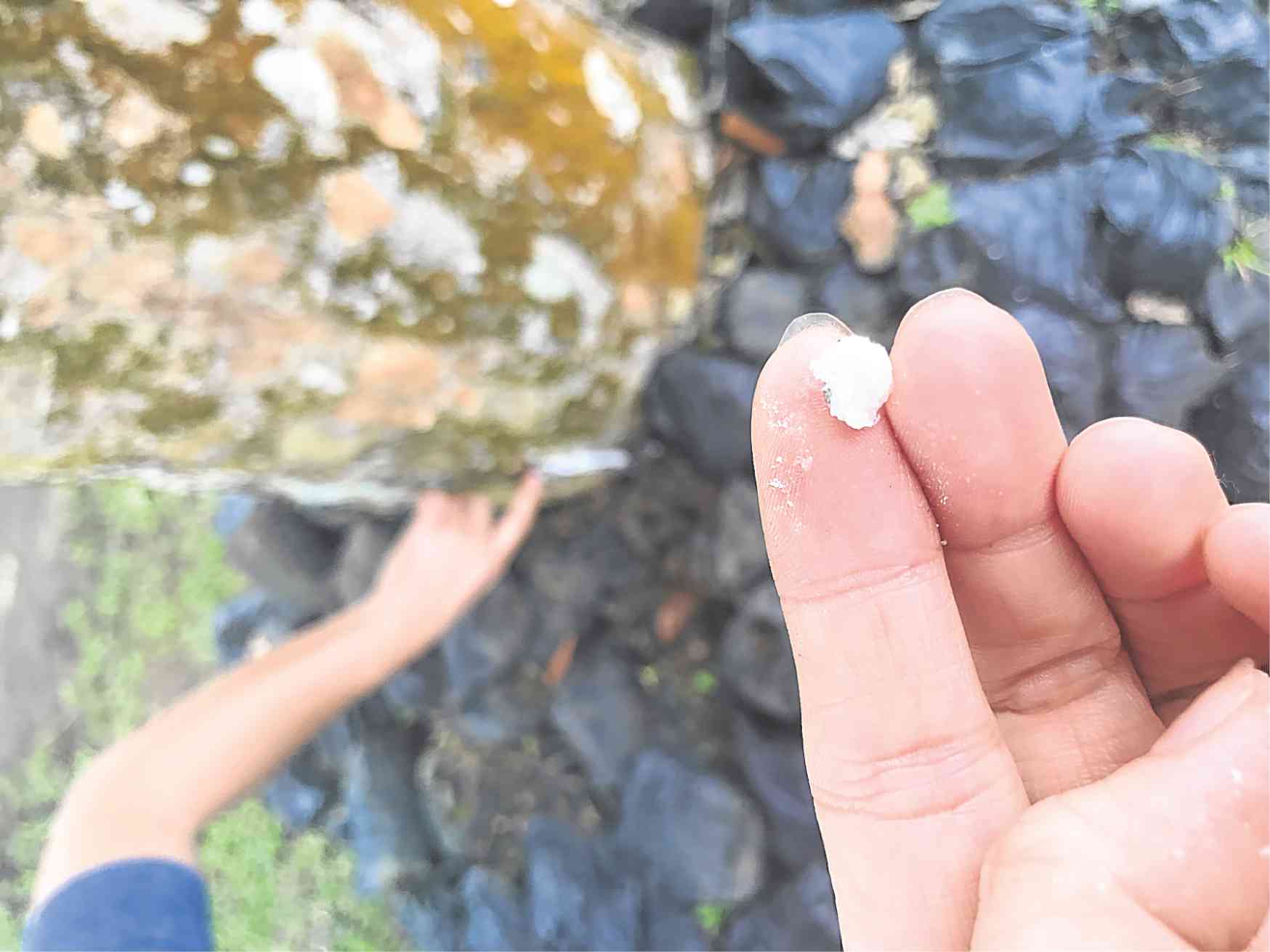 In 2013, they formed the business, put up an R&D facility, organized agents to collect pili oil from farmers cooperatives, put up a processing plant and contracted toll manufacturers.

The Pili cosmetics and essential oils are sold at Kultura shops, PAL Boutique on-air and online stores, Rustan’s, Tesoros, G-Stuff, MNL Beauty online retail shop and Rustan’s Our Very Own online and in the company’s showroom in Greenhills.

They were warmly welcomed by the market that included Filipino buyers, including celebrities and balikbayans, and tourists.

Launched in Las Vegas in July 2016, Pili Ani is being sold in the US via TV shopping.

Mary Jane’s goal is to put up her own stores and develop more products using not only pili oil but also the scrubs, shells and other pili byproducts. She may also consider pili farming in the future to ensure she will have enough supply for the business. At present, she buys mainly from Bicol but she says she is willing to buy from anywhere.

“We are just starting and everything is still a work in progress but we are confident we have great products,” she says.