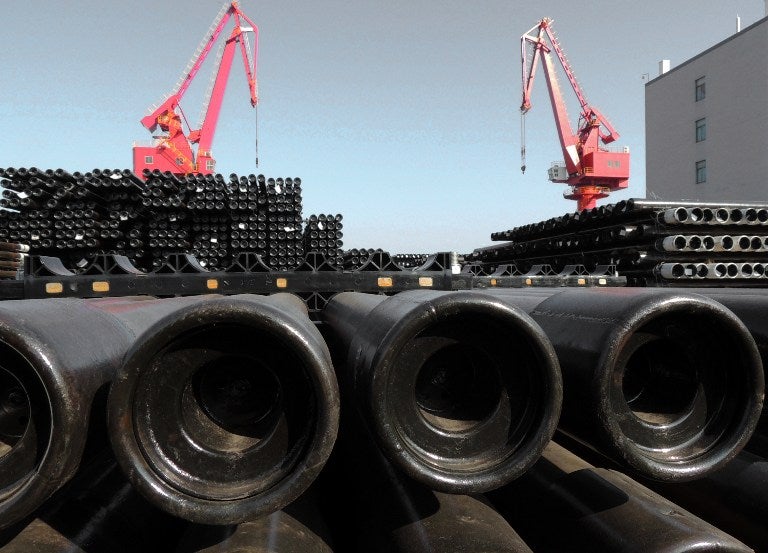 “We are very concerned about the actions taken by China and the dumping of steel and aluminum on the global market,” Trudeau said following a tour of an aluminum plant in Quebec.

His comments came amid rising global trade tensions in the wake of a US decision to impose steep tariffs on imported steel and aluminum.

Canada, the top supplier of steel and aluminum to the US market, and Mexico have been temporarily exempted from the tariffs until trilateral continental trade talks conclude.

Trudeau, who is expected to travel to three other Canadian steel cities to reassure workers in the coming days, said Canada already has “significant barriers” in place to prevent low-cost steel and aluminum from being dumped there, and is prepared to work with Washington to “do even more.”

“There is a global overcapacity issue and we are very pleased to work with our allies and friends to continue to counter that problem,” he said.

When Trump announced last week 10 percent tariffs on aluminum and 25 percent on steel, he said Canada and Mexico could be exempted permanently if the ongoing renegotiation of the North American Free Trade Agreement (NAFTA) is successful.

But both Mexico and Canada rejected Trump’s linkage of the levies to the ongoing NAFTA talks.

Canada’s Foreign Minister Chrystia Freeland termed the two things “separate issues,” while Mexico’s economy ministry said “the negotiation of the NAFTA should not be subject to conditions outside the process.”

“We will continue working toward securing a definite and permanent exemption from those tariffs,” Trudeau said.

China is Canada’s second-largest trading partner after the United States.

Instead, Ottawa signed onto the 11-nation Trans Pacific Partnership (TPP), which excludes both China and the United States, and entered into talks last week to join a South American trading bloc as part of a concerted push to diversify its trading relationships.