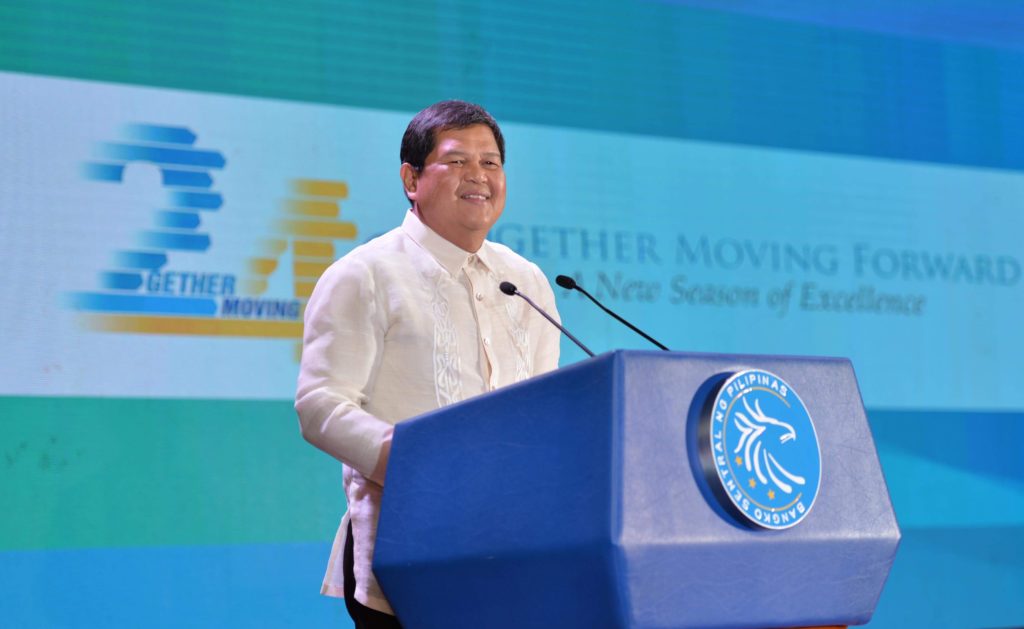 Local financial institutions may have to wait a little longer before the Bangko Sentral ng Pilipinas (BSP) is able to deliver on its promise to reduce the statutory reserve requirement that compels banks to keep almost a fifth of their cash immobilized in their vaults.

BSP Governor Nestor Espenilla Jr. said his vow to reduce the level of this key liquidity management tool to “single digits” would now depend on prevailing financial market circumstances, after the inflation rate exceeded government forecasts for the second consecutive month in February.

“Being a reform measure, it is something that is always on our mind,” he said in an interview with reporters last week. “But we cannot be oblivious to the environment.”
The central bank chief reiterated that reducing banks’ reserve requirement was not a means to manage the liquidity in the financial system, which could raise or lower the pace at which consumer prices rise. Instead, he said the policy to cut this key ratio was an “operational adjustment” meant to reform the local financial system and make it more efficient alongside regional peers.

As part of its first salvo of what was expected to be a series of reductions, the central bank’s policy making Monetary Board approved a one-percentage point reductions in the reserve requirement last month from 20 percent to 19 percent of banks’ total deposits.

The move was set to free up P90 billion into the domestic economy, but the BSP immediately stepped in to mop up this liquidity by raising the size of its weekly term deposit facility auctions to recapture the funds and prevent them from aggravating the inflation picture.

And while the move to reduce the reserve requirement was initially touted as a means of freeing up cash—long having been tied down inefficiently—to help fund the country’s infrastructure buildup and economic growth, the move is now being billed as a structural adjustment to modernize the banking system.

Espenilla gave no indication as to when the next round of reserve requirement cuts would come or by how much, but he promised that his goal remained the same even in the face of a high inflation rate regime that was expected to stay for the rest of 2018.

“It is not going to get out of our sight. It’s going to be there,” he said of the promised reserve requirement cuts. “But in terms of timing, we have to be pragmatic.”

His expectations of a more muted pace of price hikes next year, however, may offer a clue to bankers who are eager to have more cash to lend to corporate and retail borrowers.

“Based on our last assessment, there’s no evidence that [inflation in] 2019 will be affected,” the BSP chief said. “We’ll be assessing it again soon. Our decisions are data driven.”