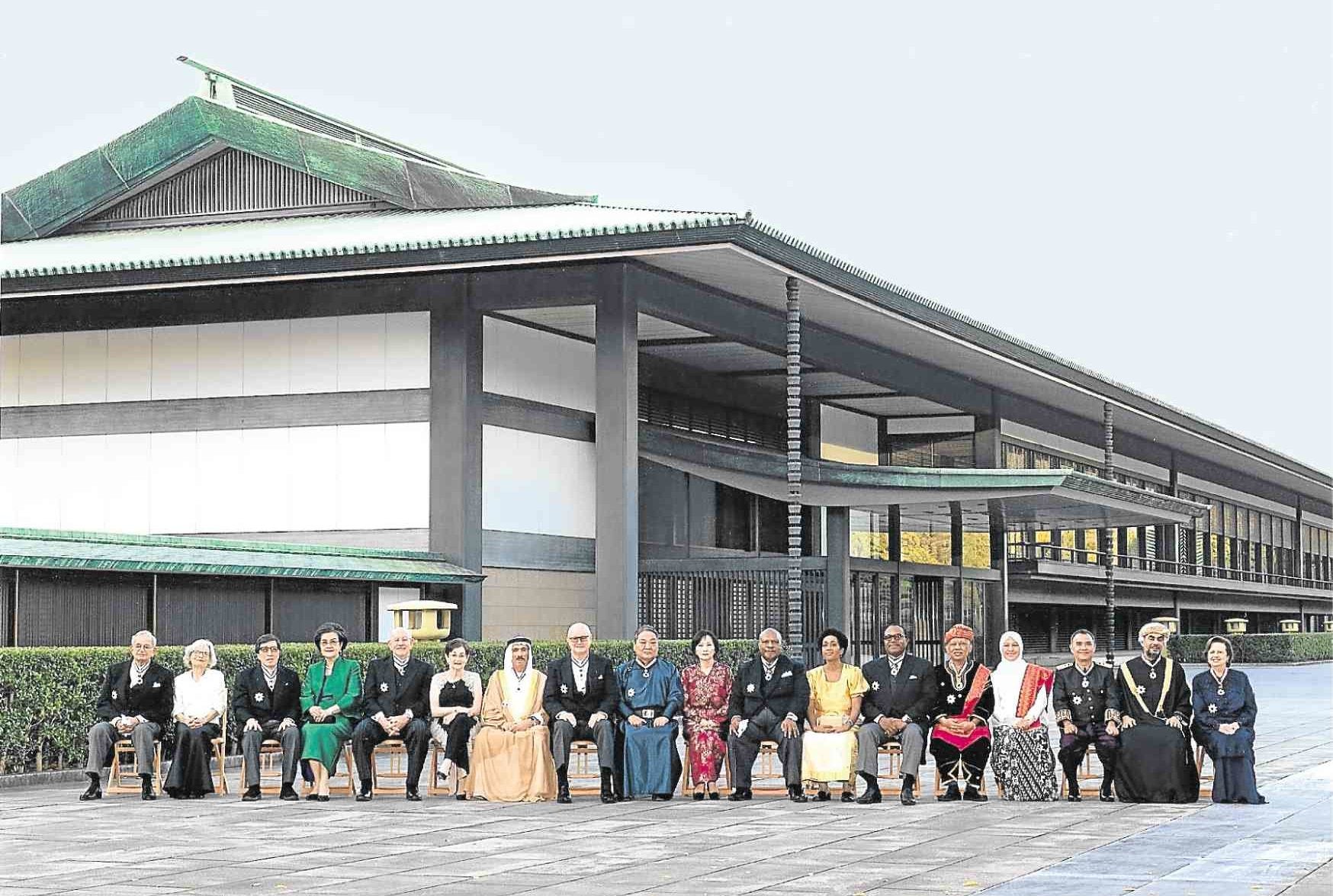 Ty joins the reception at the Imperial Palace for the 2017 recipients of “The Order of the Rising Sun, Gold and Silver Star” distinction

Amid the euphoria following the peaceful People Power Revolution of 1986, Japanese automotive giant Toyota saw an opportune time to set up a car manufacturing hub in the Philippines.

It needed a local partner and banking magnate George Ty, founder of the Metrobank group, immediately came to mind.

But Ty was initially reluctant to team up with Toyota as he knew nothing about the automotive industry.

Toyota officials would not be deterred, however, and continued to woo Ty, who eventually took up the invite to visit Toyota’s headquarters in Nagoya.

By 1988, he agreed to secure a 60-percent stake in the joint venture company with Toyota that would eventually evolve into the automotive powerhouse in the Philippines.

That was how the Ty group of companies, now under publicly listed conglomerate GT Capital Holdings, came to team up with the storied Toyota group. Within one year of their automotive venture, Toyota became the No. 1 car brand in the Philippines.

Ty had offered to give back majority control to Toyota, as he was content with just 49 percent. But the Japanese partners, who were delighted with the partnership, persuaded him to keep 51 percent.

This year, Toyota is celebrating its 30th year of partnership with the Ty group in the Philippines.

This relationship with Toyota reflects Ty’s deep understanding of Japanese culture. The group now has around eight companies with Japanese partners in other key sectors such as real estate development, investment banking, insurance and consumer finance.

For his efforts to strengthen Philippine-Japanese economic relations, Japan conferred upon Ty “The Order of the Rising Sun, Gold and Silver Star.”

Established in 1875, this is awarded by the Japanese government to selected individuals who have made distinguished achievements in areas such as international relations, culture and the arts.

Ty is only the second Philippine private sector recipient of the “Gold and Silver Star” category.

Japanese Prime Minister Shinzo Abe conferred the award on Ty on behalf of Emperor Akihito last Nov. 7 at the Imperial Palace in Tokyo, after which the Japanese Emperor received Ty together with other 2017 honorees.

Last Feb. 28, Japanese Ambassador to the Philippines Koji Haneda held a reception at his official residence in Forbes Park in honor of Ty.

“He is a strong leader, a visionary, and a man of integrity. He has been a living proof that there can be real and meaningful relations between two countries and our people if we only make every effort to find the right formula,” Haneda said.

In the case of Ty, the Ambassador said the “right” formula means “business partnerships founded on the pillars of mutual respect, trust, transparency and fairness. No wonder the Metrobank Group and GT Capital Holdings have encouraged and made possible the entry of several Japanese investors into the Philippines. Various cooperation initiatives were also formed by Metrobank with Japanese financial institutions, including rural banks in almost every prefecture in Japan,” he said.

In the acceptance speech read by Ty’s son Alfred Ty, the tycoon said he had learned that “when you do business right, people will know and praise and trust you for it.” He added: “Doing the right thing begets respect.” 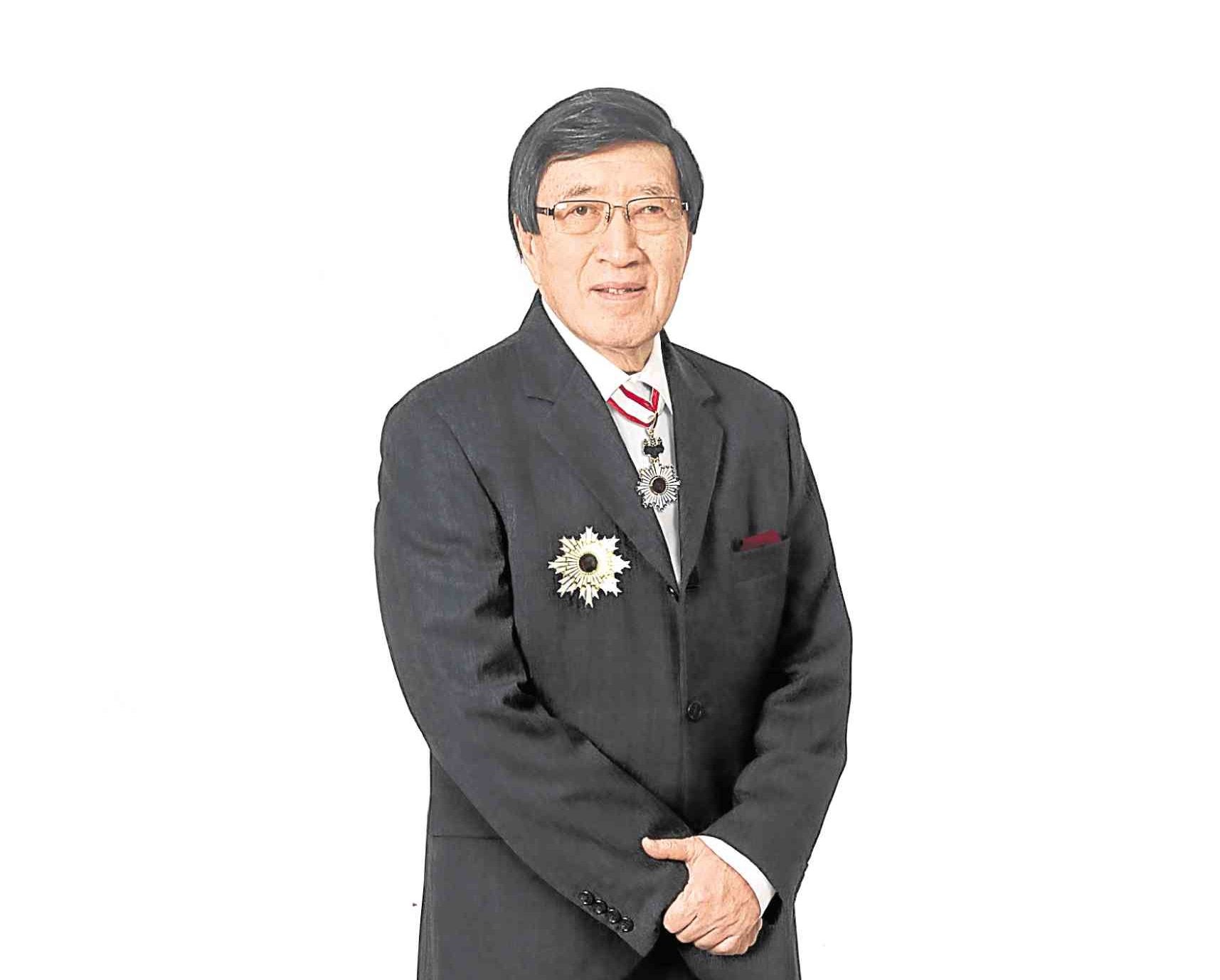 In an interview, Alfred Ty shared more insights into the group’s relationship with Japanese partners.

“You really have to understand the culture of Japan. They have a methodological procedure in everything, which to some, maybe they get impatient [but] … once they go through the process of that in their head office, then their decision is firm and it moves on,” the younger Ty said.

Having partners means having an open mind, sharing and accepting new ideas, he added.

“To us, the biggest attraction is to be exposed to international ideas,” he said.

Asked what are the key business values that his father wants his children to espouse, the younger Ty said he always stressed the need to have mutual respect, trust and fairness between and among partners.

“As partners, there will be occasions where that will be put to test. We must come out always that we have to live up to that spirit of equal opportunity as partners,” he said.

As a businessman, he describes his father as “conservative” but at the same time, willing to take “calculated risk.”

“His exposure abroad allows him to see that. It’s not limited to what he sees in the Philippines. It may not be applicable yet today or may look small here and it may look like we don’t need a partner but we got a partner, like in property. We build that relationship for more future potential,” he said.

As a young man, George Ty managed Wellington Flour, the business of his father.

Seeing how difficult it was for businessmen like himself to get loans from banks, he dreamed of setting up his own. He obtained a license in 1961, opened Metrobank in Binondo in 1962 and the rest is history. Metrobank is now among the country’s largest banks, with total assets exceeding P2.1 trillion as of end-2017.

“Most of our depositors are ordinary people: Real people with big dreams. Our bank is the repository not only of their savings but their hopes for a better future. This is how banking became meaningful to me—the possibility of helping people achieve their dreams,” the tycoon said. 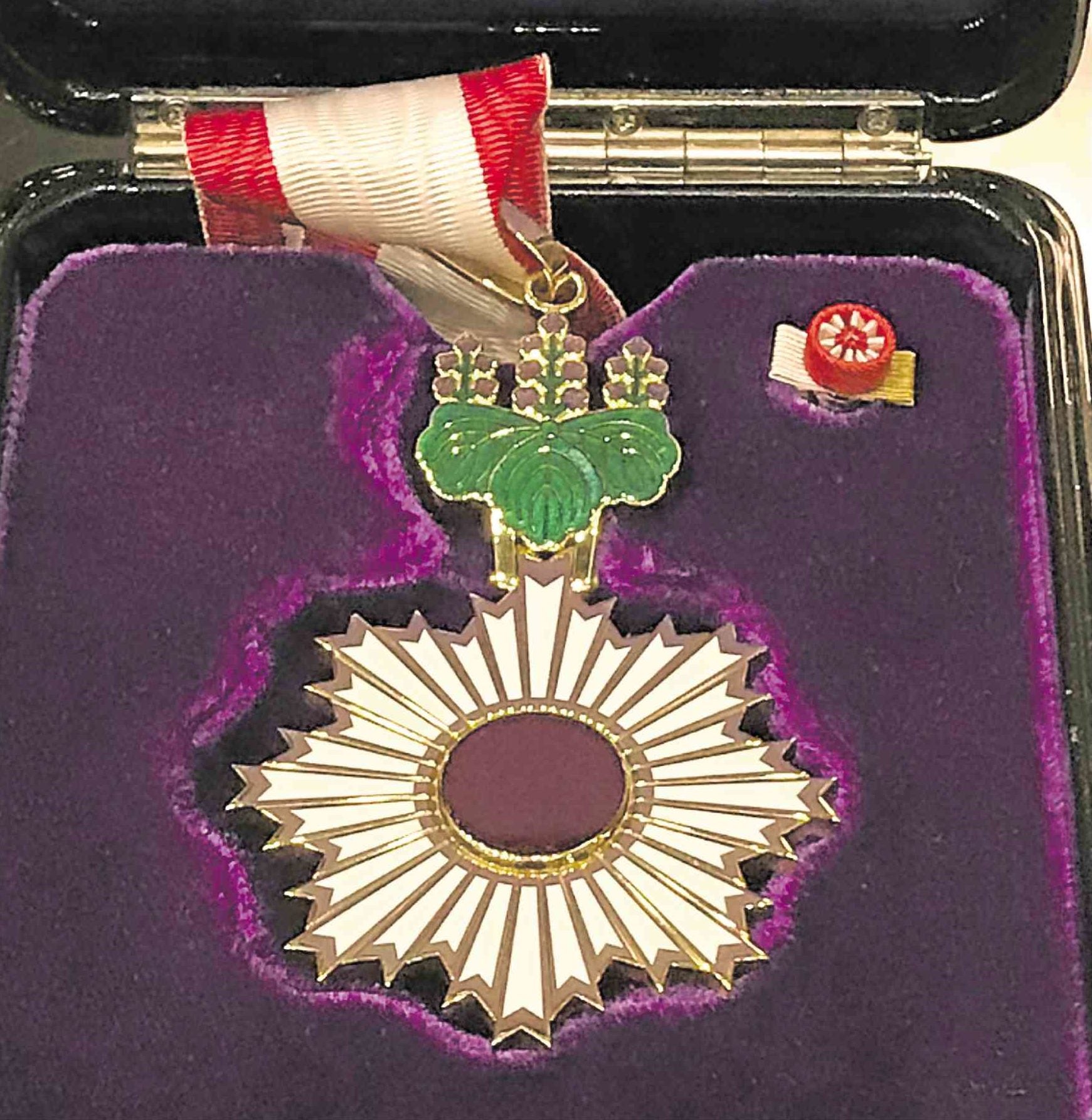 “Inside and outside the boardroom, he lives and breathes his life’s purpose or what we call ‘Ikigai’—the reason for one’s being. He firmly believes that business is also about enabling people attain their own goals. For this very reason, he founded the Metrobank Foundation and has since served as its chair, making a difference in the lives of many Filipinos through education, healthcare, arts, culture and disaster response,” the Ambassador said.

For his part, the tycoon recalled: “Setting up the Metrobank Foundation in 1979 was based on my philosophy that whatever I spend for my personal and family needs and wants, I should be able to give the same or even more for charity since there are many who are needy.”