An IT park will soon rise within the Pontefino township in Batangas City.

It’s a confluence of key factors that made Batangas City a viable and highly attractive location for many businesses.

For the group behind Pontefino Estates, it was the infrastructure, talent availability, and the conducive business environment that prompted them to push through with a much bigger, more ambitious project: developing a masterplanned “green” township that would have practically everything within or near the vicinity.

“It’s about time that Batangas City should have a township. We already have a 16-hectare development in Batangas City which we are continuing to expand,” said Fely T. Ramos, SVP and chief operating officer of Pontefino Estates. 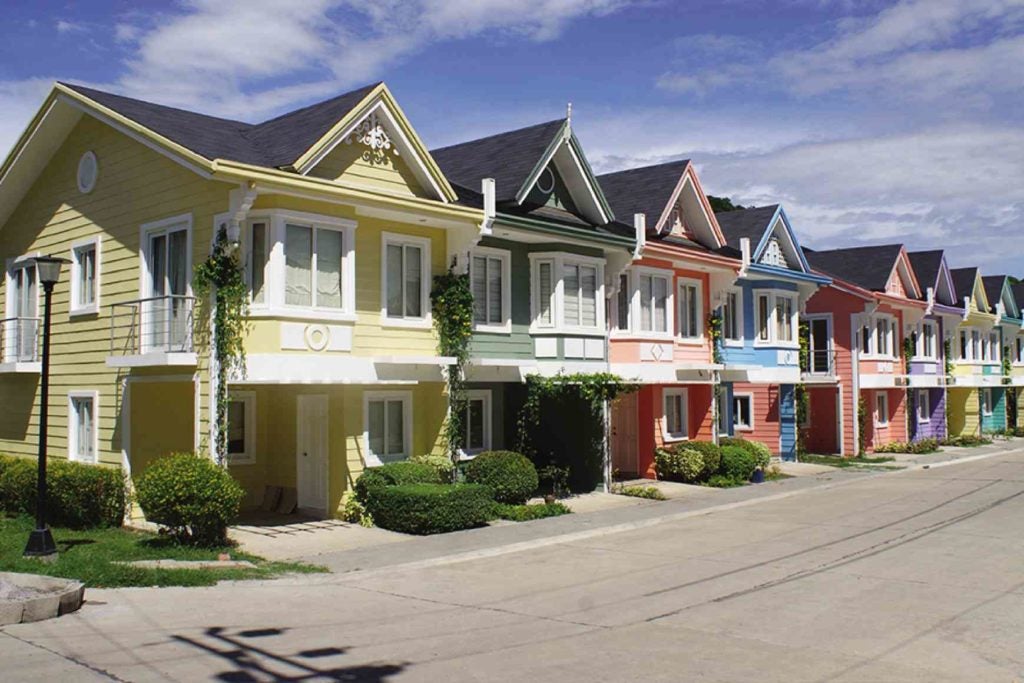 The Pontefino community is where residents can live, work, eat and play.

In an interview with the Inquirer, Ramos explained that the Pontefino property is a masterplanned community that will soon have all the necessary elements, from residential developments, to the retail, entertainment and commercial spaces, and offices.

“The Pontefino community is where they can live, work, eat and play. We envision it to be a green or environment friendly community that will have offices and shops, and will be likewise near the church, hospital and a major mall. This will allow residents to walk to get to work or to a shop, thus (fostering) a healthy lifestyle,” she said.

“What we have now within our 16-ha property is the Pontefino Hotel, the residential developments inspired by the townhouses of San Francisco, and the shophouses where residents can convert the ground floor into small offices or stores,” Ramos further noted.

Pontefino plans to put up new commercial areas and a convention center.

By the end of next year, the Pontefino group is eyeing to complete the first among the seven planned buildings within the 4.2-ha IT Park called, The Forum at Pontefino Estates.

The target, according to Ramos, was to put up five office buildings of about four or five stories high, that will cater primarily to the IT and business process outsourcing (BPO) companies. At least 46,000 sqm of leasable space will be made available to prospective locators. The remaining two buildings will be mixed use complexes that are expected to house retail, dining, services and other commercial establishments.

“This will be the first IT park in the whole province of Batangas. There are currently three IT centers in Lipa, but these are malls that house BPO companies. We will be the pioneer in the province with respect to creating an IT park,” she said.

According to Ramos, they have already secured approval from the Philippine Economic Zone Authority to register The Forum as an IT park, as well as the endorsement of the local government of Batangas City.

Pending now is the proclamation from Malacañang that will officially declare The Forum as an IT park. This presidential proclamation will allow the park’s locators to enjoy certain fiscal and nonfiscal perks.

“Peza is supporting us in our plan to put up an IT park in Batangas. The presence of more BPOs can spur economic growth as it will generate new job opportunities—both IT and non IT jobs. With the (influx of) BPOs, we expect to have more retail outlets, stores and restaurants in the area,” Ramos explained.

Ramos earlier disclosed that the BPO area alone can generate over 23,000 jobs. And with the industry’s multiplier effect of 3.2, it is expected that the presence of BPO firms can generate some 76,000 indirect jobs.

Apart from the IT park, a convention center will also be built outside the 4.2-ha area. 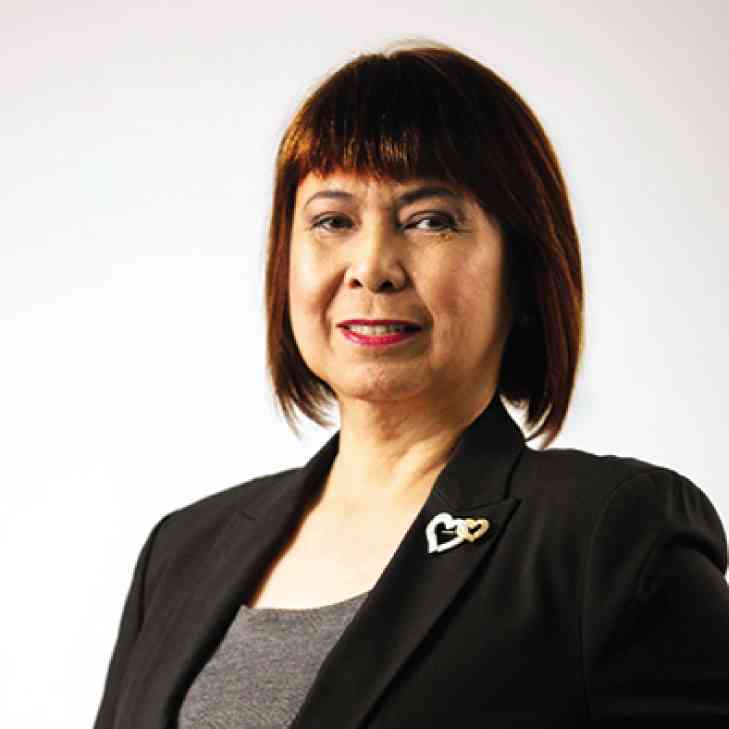 “We are already talking to some possible BPO locators. We intend to bring the big BPO offices to Batangas City, which is the educational center of the province,” she added.

Ramos pointed out that Batangas City and Pontefino’s The Forum in particular, offer a highly conducive business environment for outsourcing firms. This was proven by the fact that Batangas City was earlier identified by the IT and Business Process Association of the Philippines (IBPAP) as one of the “Next Wave Cities” or prime alternative hubs for BPO firms.

For one, Batangas has an available talent pool that can readily serve the growing requirements of BPOs. According to Ramos, 20 percent of the BPO employees in Metro Manila come from Batangas.

This should be an upside for many Batangueños because the influx of BPO firms in the province will allow them to work closer to home, and enjoy a lower cost of living compared to Metro Manila. They will no longer need to spend two hours on the road, stuck in traffic, just to get to their offices. 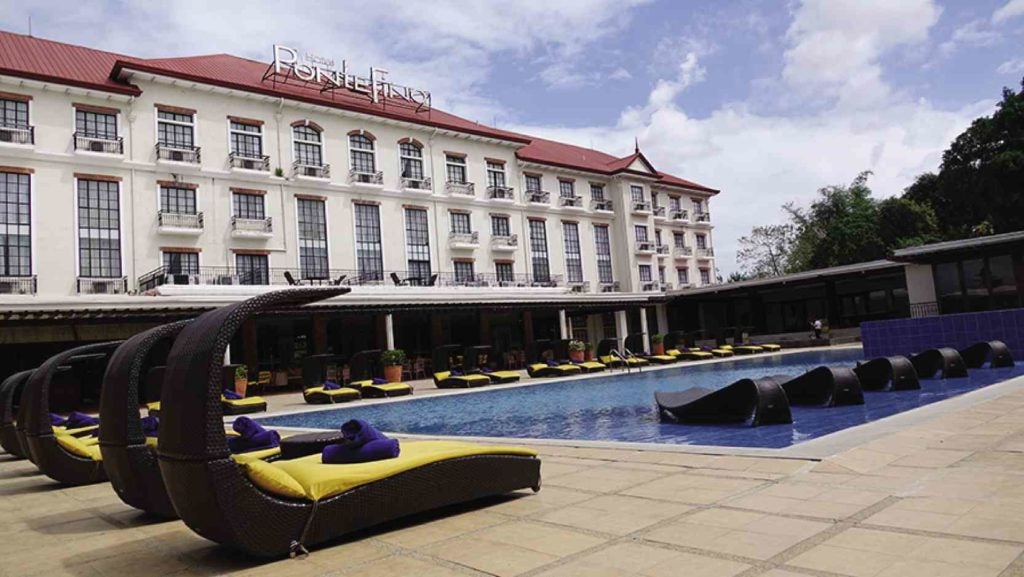 Infrastructure in the city is also seen as adequate with new roads and bridges being constructed, while existing ones are being widened and paved.

“What’s good with our location at Pontefino is that there is a new bridge being constructed, which will connect the Pontefino township to the downtown area. There will also be a new exit at the STAR Toll that will directly lead you to the Pontefino Hotel,” Ramos explained.

Ramos further pointed out that Batangas also has a port while Southern Luzon itself is a fast growing region, thus making it all the more attractive to set up an IT park and fully develop the Pontefino township.

Once all these plans have been completed, it is expected that the Pontefino township will soon become a significant catalyst of economic growth, not only for Batangas, but for the surrounding provinces as well.