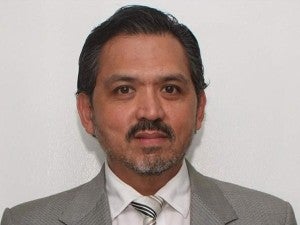 BENJAMIN PHILIP ROMUALDEZ: Government has to do its part if it wants to get more mining investments. PHOTO FROM CHAMBEROFMINES.COM.PH

The government is not likely to hit its recently upgraded $2.8-billion mining investment target for the year, particularly in light of ongoing industry concerns that have yet to be addressed.

Chamber of Mines of the Philippines president Benjamin Philip Romualdez said more than $1 billion in investments for the year was a more feasible figure, given the current industry environment.

The Mines and Geosciences Bureau last month hiked its investment target for the year to $2.8 billion from the earlier projected $1.4 billion, in anticipation of the entry of Chinese investors into the industry within the year.

Romualdez said, however, that thousands of permits had yet to be issued to mining firms, preventing them from operating in full force and plunking more investments into the country.

To encourage the entry of more investments, he said the government should undertake “structural reforms” to correct fundamental errors that gave rise to many other flaws that cast a bad light on the Philippine mining industry.

“There’s a fundamental, structural problem in the Philippine government. Some people are calling for a review of the economic provisions of the Constitution, but what we need is a structural review. We can’t just throw band-aids at fundamental flaws,” he said.

The ban on open-pit mining in some provinces, which runs counter to the national government’s thrust to encourage the inflow of more mining investments, was just one of the many problems that needed to be addressed in the soonest possible time, he said.

The Department of Environment and Natural Resources should also speed up its issuance of the necessary permits to mining companies.

While the DENR committed to accelerate permit issuance, he said what the industry needed was action rather than mere commitment.

Since the attacks, he said that there had been increased visibility of police personnel in mining installations.

“We saw increased police presence and that gave us renewed confidence. Days after the blast, we were quite concerned, but the government reacted quickly, and we’re very thankful for that,” Romualdez said.

The Chamber of Mines likewise sought the revival of the Minerals Council, to make coordination among stakeholders easier.

Under the current setup, Romualdez said mining firms had to get in touch with at least 10 government departments and agencies just to get their operations off the ground.

With a Minerals Council in place, all relevant stakeholders would be on hand to discuss issues that had to be discussed, effectively accelerating the consultation and permit-issuance process, Romualdez said.

Romualdez added that both Environment Secretary Ramon Paje and Interior and Local Government Secretary Jesse Robredo agreed to push for the revival of the Minerals Council.