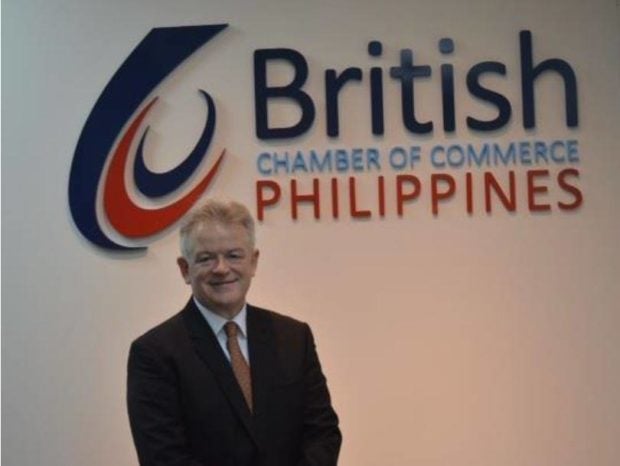 The British Chamber Commerce of Commerce of the Philippines (BCCP) chairman Chris Nelson shared what’s in store for the upcoming trade mission in Iloilo City. This is in partnership with the local government and the Department of Trade and Industry. Image: Courtesy of BCCP.

The National Economic Development Authority (Neda) forecasted that the Visayan region’s GDP will increase by 7.7 to 8.3 percent in the next five years. Thriving with potential, Iloilo City has attracted big companies to set up business operations there, among these being British investors.

To make the most of these opportunities, the British Chamber of Commerce of the Philippines (BCCP) has organized a trade mission in Iloilo, with the theme “Promoting Regional Development Towards Prosperity For All.” Partnering with the Department of Trade and Industry (DTI) and gathering up to 100 participants, the two-day event will happen on March 8 and 9.

The trade mission will stage events such as a trade and investment forum and social networking. It will also include site visits to Central Philippine University, Iloilo Commercial Port Complex and the Ephrathah Farms, among others.

‘Iloilo is a progressive city’

Iloilo takes pride in its strongest industries such as agribusiness, trading and the service-driven sectors, such as those that involve educational institutions and hospitals. BCCP chairman Chris Nelson shared that it was the team effort with the local government that led to promoting these sectors.

“When we look at the sectors, we look at what is the key focal point,” Nelson said in an exclusive interview with INQUIRER.net. First visiting the city last Feb. 5 and 6, Nelson met with Iloilo mayor Jose Espinosa III and Gov. Arthur Defensor Sr.

The BCCP chairman shared his observation of how the city has improved since he first visited in 2004. He pointed out that he was impressed with the retail sector. “Because when people come here to the Philippines, they have a tendency to focus, of course if they look at some market(s), they look at Metro Manila,” Nelson explained. “There are opportunities, and Iloilo is a progressive city, an expanding city.”

Aside from this, he shared that he saw British companies setting up business on BPOs. “You could be based anywhere,” he reasoned if one seeks to build a career in this sector.

‘We want to emulate Davao’

Because of the success of the previous mission, Nelson said they are eyeing to have the same results as last year’s, considering that this will be the second time they will focus on an area outside Metro Manila.

Of the previous trade mission, he noted, “I think doing Davao was a great learning experience, I think meeting the local entities and ensuring that we got a very productive forum and networking has inspired us to try elsewhere.”

With the government’s plan to have economic growth on other parts of the country, Nelson sees that it has been trickling down to the countryside.

“I think the government’s ten-point economic plan is a by-product consultation with business groups, which I think is a very good initiative,” the BCCP chair explained. He added that the administration “was very consistent” on their socioeconomic agenda.

“When you see the enthusiasm of business partners, government, it kind of also gets back to you,” Nelson opined on the economic growth outside the metro. “It’s nice to see that energy, it’s very rewarding.”

If the trade mission in Iloilo will be successful, Nelson thinks it is possible to promote areas in central Luzon next, particularly the Clark-Subic area.

Citing the Clark International Airport and the Manila-Clark Railway project, Nelson said that the development sector in the area is booming. He also revealed that British Parliament member and trade envoy Richard Graham will pay a visit in April to inspect the area.

“I wouldn’t say that we would run another one (trade mission) this year,” Nelson clarified. “Because we have a lot of activities and this [requires] a lot of focus. But again, doing the preliminary work may well start this year.”

And although the current administration is pushing for a federal type of government, Nelson said it would not have an impact on British-Filipino trade partnerships: “It shouldn’t have an impact because there is always a drive for economy and trade.”

But in the long run, he assured, “The Philippines is gonna be a very attractive place for British companies. Not just now, but going forward.” JB