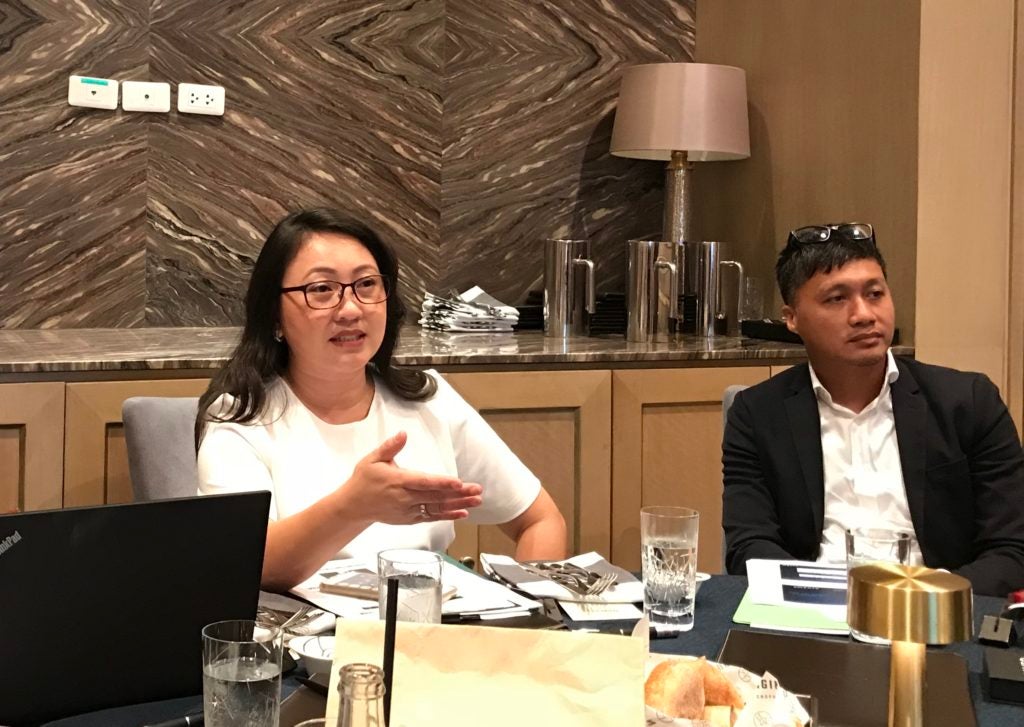 The sales take-up last year – a good indicator of revenue growth in the coming years – increased by 20 percent from the previous year, allowing Alveo to meet its goal for the year.

Around P40 billion of fresh property inventory will be launched this year to support Alveo’s goal to increase sales output.

Alveo’s project launches this year will consist of around 6,000 units, mostly residential space, doubling the volume brought to the market last year.  But Alveo plans to offer more horizontal projects such as residential and commercial lots.  It also plans to debut into new territories like Bulacan and Cagayan de Oro.

Asked why Alveo was departing from its previous strategy of focusing on vertical or high-rise developments in urban areas, Tupaz said it’s time to expand business “by tapping new markets that were not served in the past.”

“Due to scarcity of land in CBDs (central business districts), we have to source our growth not just within the major CBDs. We really have to go out and tap new markets,” she said.

Last year, Alveo launched P33 billion worth of new inventory, half of which had been sold in the same year.  Alveo’s total inventory last year stood at P59 billion.

For the last few years, Tupaz said Alveo had been trying to break the P40-billion annual sales take-up level.  This was finally achieved in 2017, Alveo’s 15th year of business.

“There’s really a lot of resources domestically. There’s a lot of confidence, even if there’s oversupply in a particular segment, there are good areas like BGC where there’s still lack of supply,” Tupaz said.

Ideally, Tupaz said new inventory would last for one to 1.5 years but in the case of Alveo, inventory was fast dwindling due to strong sales. “Our inventory is good for seven months,” she said.

About 78 percent of Alveo’s sales take-up last year was derived from Metro Manila.  Makati contributed the biggest bulk at P15.3 billion, growing at the fastest pace at 48 percent, largely attributed to brisk take-up for units at Circuit Makati. The company already has three main projects in this estate, namely residential buildings Solstice and Callisto, and The Stiles Enterprise Plaza for its office offering.

This 2018, horizontal projects in the form of residential lots are expected to account for 64 percent of Alveo’s total launches in terms of volume and 42 percent in terms of sales value.

“Majority of our projects are integrated within key Ayala Land mixed-use estates all over the country, which is a great advantage that we always take into consideration. Being in such highly strategic locations provides the best overall investment value for our customers in the long-term.” Tupaz said. 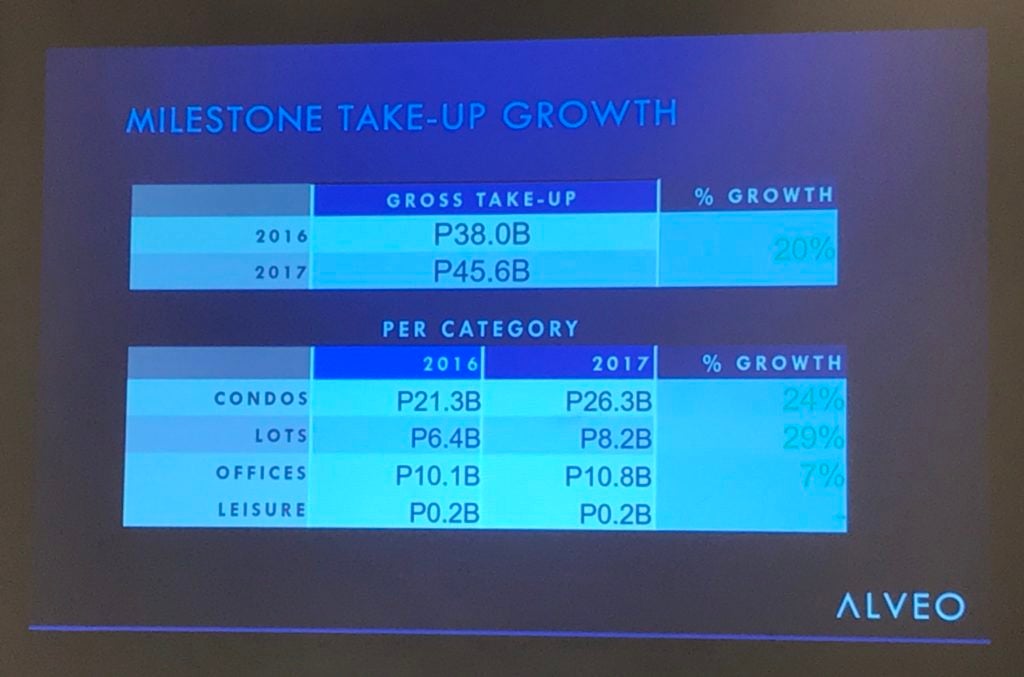