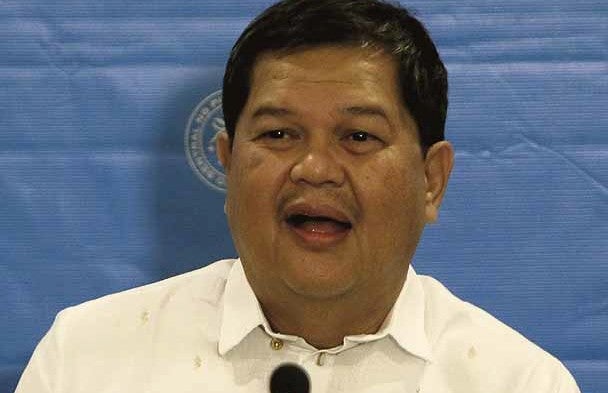 Bangko Sentral ng Pilipinas Gov. Nestor Espenilla Jr. said Sunday morning that he had been diagnosed with tongue cancer in November 2017 and had undergone surgery to remove a tumor that was detected at an early stage.

The 59- year-old chief of the country’s central monetary authority said the medical procedure – which had caused him speaking difficulties due to dry throat and mouth sores – was successful and that his doctors have since pronounced him cancer-free.

“Fortunately, it was very early stage and quite localized,” the central bank chief said. “So I don’t expect this curve ball to slow me down.”

“For insurance, I also had to go through radiation therapy as advised by doctors,” Espenilla said, explaining that he was making the announcement to address those who had been asking about his health. “That’s completed now. However, radiation therapy has unavoidable side effects.”

Espenilla was appointed by President Duterte as the country’s central bank governor in May 2017 and assumed his fixed six-year term of office the following month. Formerly the deputy governor in charge of bank supervision in charge of implementing sanctions against erring financial institutions, he has made banking reform the cornerstone of his agenda, further liberalizing market rules and surprising industry insiders who were expecting a clampdown instead.

The central bank chief made the announcement about his health while on a “pilgrimage” to Israel with family and friends, adding that his doctors expect him “to achieve more or less full recovery in a month or so.”

“Now, that’s my personal ‘normalization’,” Espenilla said, using the central bank’s buzzword to describe his policy of undoing decades-old regulations that he believes have been keeping the Philippine economy from developing more fully. “I just have to hang on and be patient. Meanwhile, it’s work as usual for me. Onward with the financial market reforms.”

“Implementing these reforms is both complex and exciting. It is a very absorbing endeavor for me,” he said. “I am confident that this personal medical issue will not distract from the important work at hand.” /cbb

Read Next
The Batchelor brings the love to luxury hotels
EDITORS' PICK
World-standard accounting: Unlocking your financial potential
Defend Your Health! Shop health essentials from home with Rose Pharmacy’s Online Sale
Chatting with companions, answering calls on MRT 3 trains banned
Water remains our saving grace right now
COVID-19 wards in 2 more hospitals reach full capacity
Navotas will be on lockdown from July 16 to 29 – Tiangco
MOST READ
‘I am not my father,’ says daughter of lawmaker who voted to deny ABS-CBN franchise
In slap on face of PH, China replies to Locsin on tribunal ruling: It’s invalid
Vilma Santos-Recto ‘prepared’ to face ‘consequences’ over ABS-CBN franchise vote
Did a meme get on Agot Isidro’s nerves? She’s asking ’24 Oras’ to fact-check it
Don't miss out on the latest news and information.