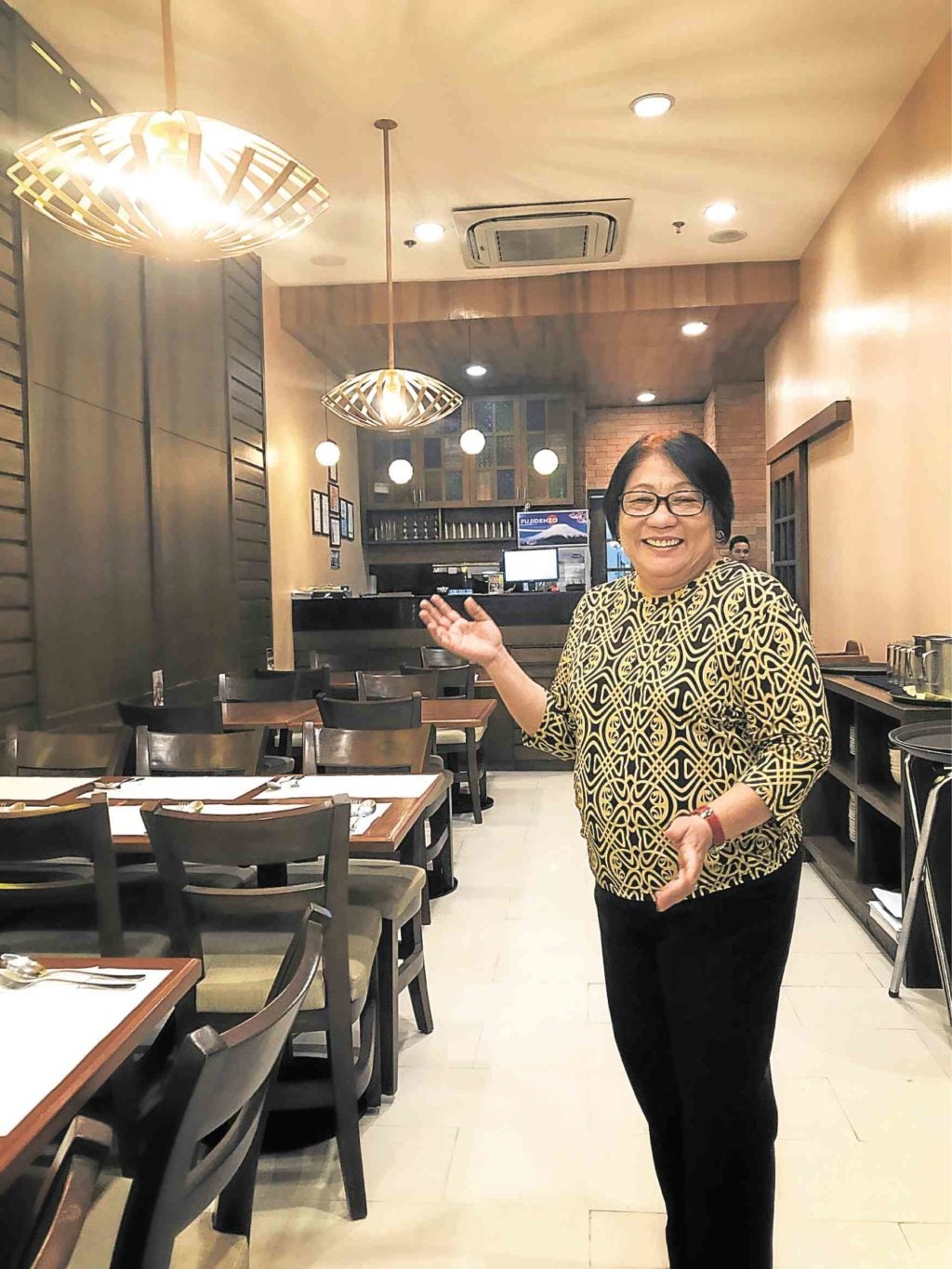 After 35 years half working as a tax specialist at Isla Lipana & Co., lawyer Maria Assumption Villareal, fondly called Marison by friends and family, wanted to do something to keep busy. She thought of freelancing as a tax consultant but her faith led her elsewhere.

She was inspired to start from scratch a business close to her heart—and mouth and stomach—thus, a restaurant.

She had many options for a food business. She could have just invested in a chef or purchased an existing franchise. But she chose to be a hands-on restaurateur, starting from scratch, beginning with nothing but capital and a love for food.

She had the humility to seek advice and was blessed with a good consultant who walked her through the steps of putting up a restaurant.

Being a resident of Antipolo, she decided to put up a Filipino restaurant that Antipoleños could be proud of. “We wanted to put up a restaurant where residents could go for celebrations, an alternative to hosting dinner at your home but something better than (a fast food franchise),” she explains.

After a lot of food tastings at home, they developed a menu that had the usual favorites: kare-kare, crispy pata, pancit … but with a flair. 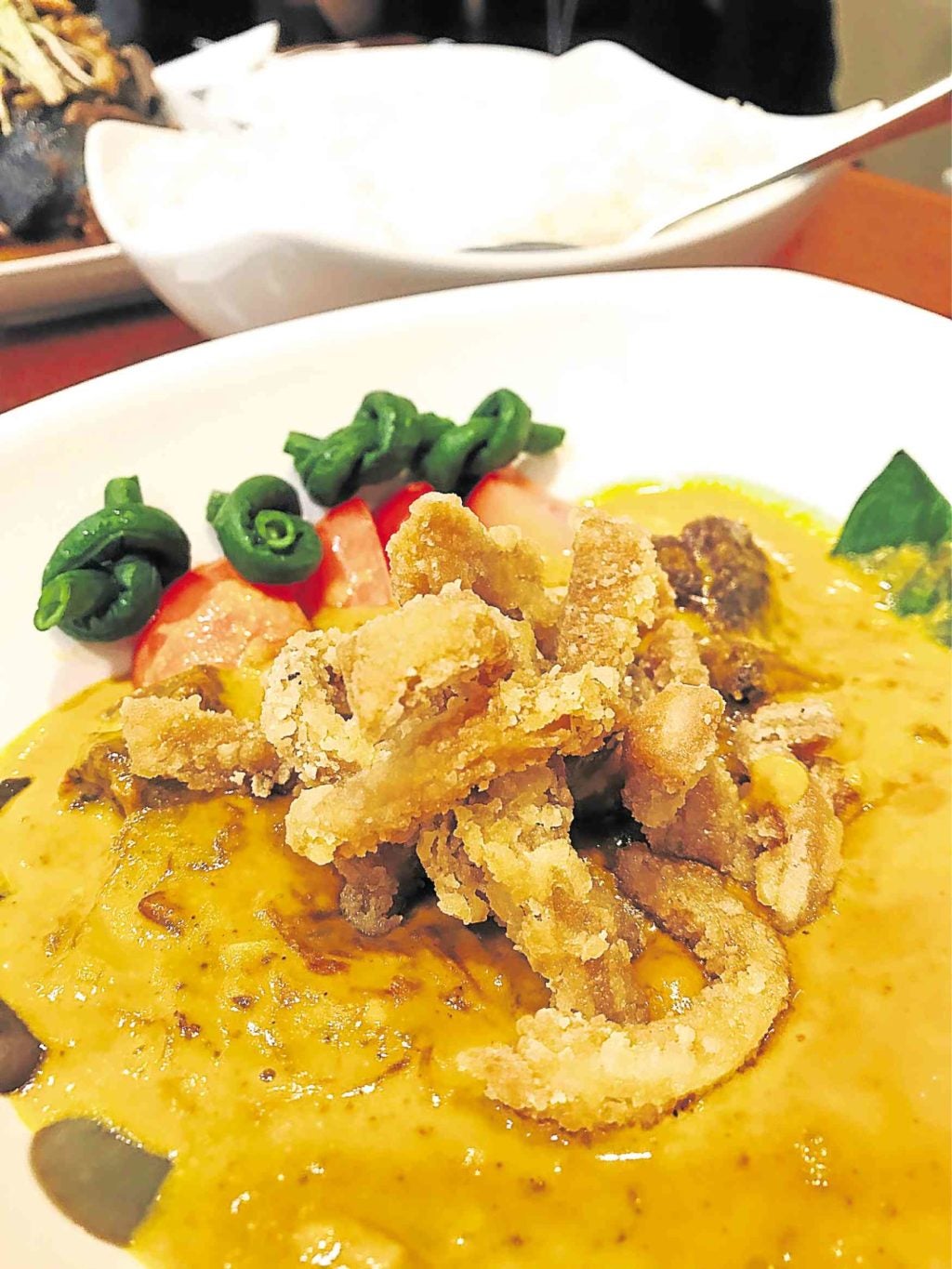 She recalls she used to go to the palengke (market) herself to source ingredients. One time, after noticing she was making a lot of purchases, a market vendor offered to rig her receipts, “para hindi mahalata ng amo mo (so your employer won’t notice you are cheating her).” She finally had to admit to the vendor, “Ako ang may-ari (I AM the employer)!”

This made her more determined than ever to make sure that all their systems are in order, from receipts to the salaries and SSS contributions of employees. She is committed to being straight, saying trustworthiness is an element of success.

Honesty and authenticity are also reflected in their food. Eating at their second branch in SM City Masinag, I noticed that their salad had grapes and that their kare-kare had cashew nuts.

“Do you use real cashew?” I asked, knowing how expensive it was. I explained that years ago, when I was still managing our Nana Meng Tsokolate shop, a kilo of cashew would go for P300 while peanuts, P50.

“Kasuy is now P600 plus,” she told me. “But we really wanted to offer something special, something different, and you will taste it.”

And you do taste the difference. The kasuy creates an unmistakable added dimension to the old favorite.

It does not end there. They also make the tripe crispy.

There is also a seafood version of the kare-kare that is even more interesting. It’s sauce is made of kasuy and it’s base is a seafood broth. My favorite part about this kare-kare is the crispy squid. What a twist!

Another Filipino dish that has become a crowd favorite—how can it not?—is the crispy pata. They showed me how the skin was so perfectly  crispy you can slice it with a coffee stirrer, no need for knife or scissors. And, oh my, the fat really sticks to your teeth—as it should!

They also offer a tuna tail with cartilage that is so deliriously gooey. It’s hard to find tuna tail, Marison shares, but she is committed to delivering the best.

Make sure to leave room for dessert because their halo-halo is a hit. I also strongly recommend their mais con hielo. 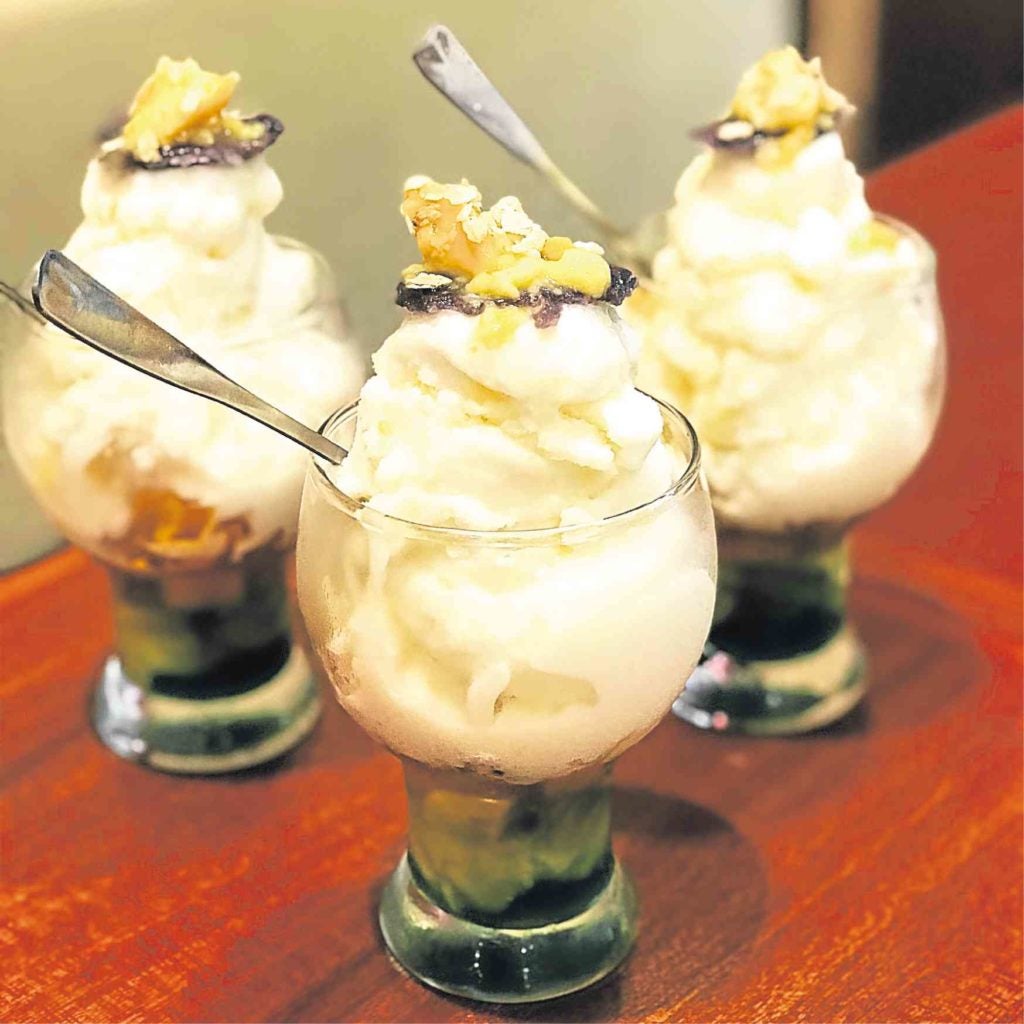 Save room for dessert. Marison’s halo-halo is a hit and the mais con hielo is even better.

For now, Marisons is only in Antipolo. Let’s hope they open a branch in Manila soon!

PNP: Too early to shift to Alert Level 1 despite drop in COVID-19 cases

LTFRB: PUV capacity in NCR remains at 70% for holiday season