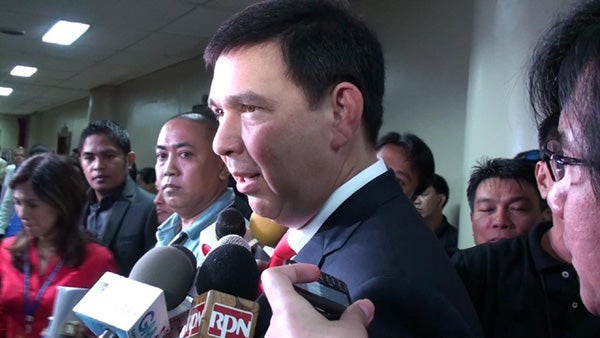 Senate President Pro Tempore Ralph Recto filed on Monday a resolution calling for an inquiry into the proposed increase in the contribution rate of Social Security System (SSS) members.

Senate Resolution No. 621 recommends that the proposed increase “be held in abeyance” until a comprehensive review of Republic Act No. 1161 or the Social Security Law is conducted, “ensuring that the SSS charter remains responsive to the needs of its members and pensioners.”

The resolution also directs the Senate Committee on Government Corporations and Public Enterprises to lead the investigation.

According to Recto, SSS has recently announced its plan to increase the contribution rate from 11 percent to 14 percent.

However, he said, various labor advocates were voicing out their disapproval of this plan, citing insufficient consultation with its stakeholders.

The groups, he added, also questioned why the proposal was made at a time when workers were still struggling to cope with the price increase caused by the recently implemented Tax Reform for Acceleration and Inclusion (Train) Law. /atm