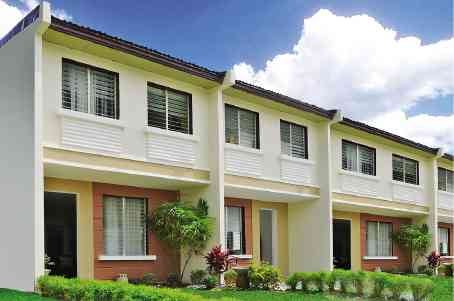 A mass housing project of 8990 Holdings

Mass housing developer 8990 Holdings is the top property developer in the country in terms of loan take-out value from the state-run Home Development Mutual Fund (HDMF) or Pag-IBIG.

In the same event, 8990 Holdings also received two special awards from Pag-IBIG: the real estate company with the highest growth rate in 2017 in terms of take-out value; and, the company that served the most number of Pag-IBIG members.

In a recent disclosure, 8990 president and chief executive officer Willie Uy said: “I am very grateful to all our buyers for the trust they have shown us over the years. The recognition we received would not have been possible had it not been for them and the support of the HDMF.”

“The affordable housing industry is very fortunate to be partnered with HDMF. It is with this partnership that makes it possible to bridge the housing gap by making home financing very accessible to every working Filipino”, Uy said.

The company’s Pag-IBIG loan take-out last year represented about half of its business. 8990 Holdings’ revenues last year amounted to P10.09 billion, in line with its full-year target.

In 2017, 8990 Holdings delivered a total of 7,348 homes. Luzon contributed 54 percent of the total units delivered while Visayas and Mindanao brought in 34 percent and 12 percent, respectively.

In terms of value, Luzon generated 58 percent of total revenues last year, followed by Visayas with 33 percent and Mindanao with 9 percent. The contribution of medium-rise buildings and high-rise buildings to housing revenue increased to 47 percent from last year’s 26 percent.

Uy said: “2018 will be even more exciting for us as we will launch more large-scale projects that will make 8990 poised to capture the Metro Manila affordable housing market”.

8990 Holdings plans to launch five developments worth P60 billion this year across the country, expanding its geographically-diversified real estate portfolio.