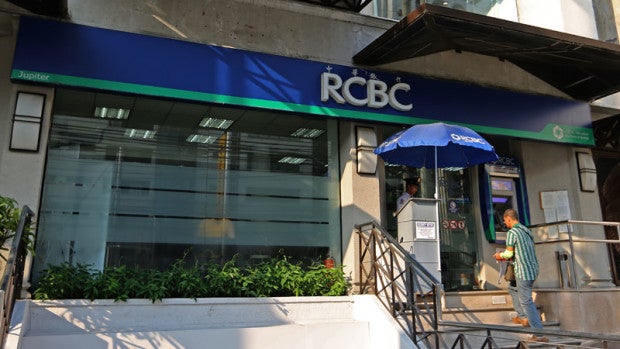 Yuchengco-led Rizal Commercial Banking Corp. (RCBC) has threatened to bring Bangladesh Central Bank officials to court for allegedly maligning the local bank and using it as the “scapegoat” in the $81-million cyberheist that happened in early 2016.

In a press statement on Thursday, RCBC said it was mulling legal action against Dhaka officials.

“RCBC has had it and will consider a lawsuit against Bangladesh Central Bank (BB) officials for claiming the bank had a hand in the $81M cyberheist two years ago,” RCBC said.

“We will not allow them to continue to malign RCBC. Various reports, including their own, indicate an inside job. BB and Dhaka officials refuse to release their findings to hide from the Bangladeshi public what could very well be the involvement of its own officials who may have helped loot their money deposited with the New York Federal Reserve,” the bank said.

RCBC accused BB of perpetuating the cover-up and using the Philippine bank as a scapegoat “to keep their people in the dark.”

The statement was issued by RCBC on the heels of reports that BB would file a lawsuit in New York against the local bank in relation to the $81-million cyberheist.

“If they sue, RCBC is ready and prepared. The first thing we will ask is for BB and Dhaka to submit to court their findings. If they refuse, they will immediately suffer from comparison since RCBC willingly shared information to the extent allowed by law. And why sue RCBC when they should be suing instead their own, the criminal elements from within?” RCLC said.

“Again, why is BB not going against those who have been identified as having possession of the remaining money? There is none left in RCBC,” the bank added.

RCBC said now’s the time for BB and Dhaka to “come clean and give its people answers.”

In 2016, the Bangko Sentral ng Pilipinas slapped RCBC with a P1-billion fine last year after $81-million in dirty money stolen by hackers from BB slipped into RCBC’s branch in Jupiter St. Makati and eventually laundered in local casinos. The bank has since then reviewed its internal controls and revamped its senior management team.