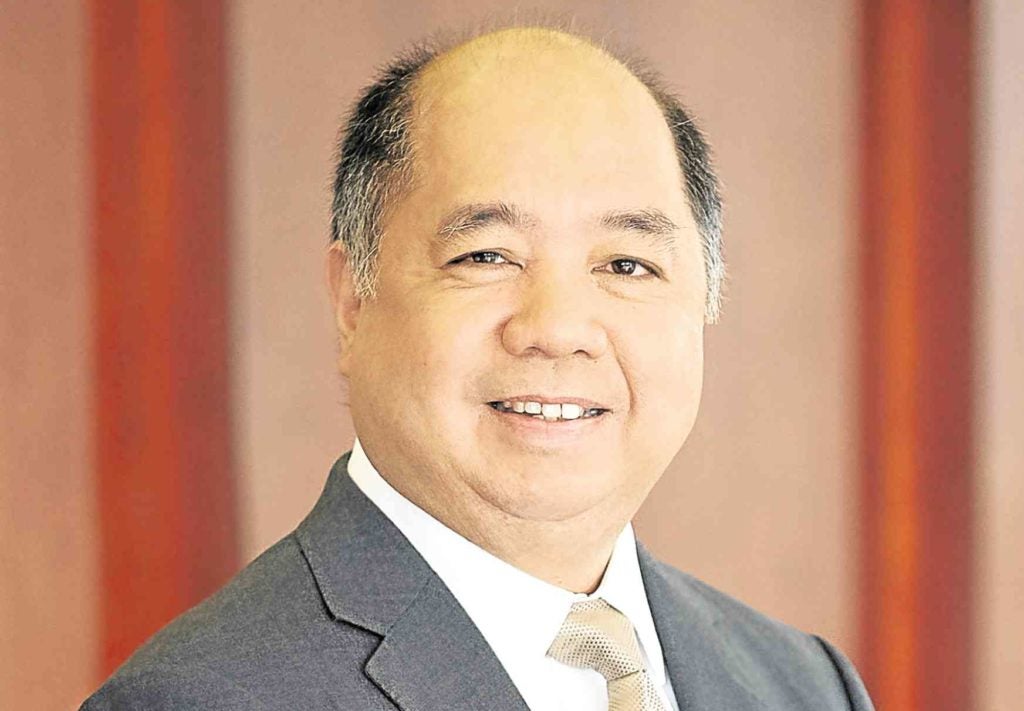 Alexander Narciso is facing what could be the biggest challenge of his professional career.

That’s because the new president of Sun Life go Canada (Philippines) Inc. is charged with growing an insurance firm that has already made significant gains in capturing market share in the country over the last several years.

Narciso—who took over the presidency of Sun Life’s flagship business in the Philippines from Riza Mantaring (who remains CEO and country head)—must lead the local unit of the international insurance giant on an upward trajectory that is envisioned to be even steeper than the path is has been in recent years when it wrested the lead from more established players.

Unlike others who can rely on the benefits of a low numerical base that tend to show any level of growth as dramatic improvements, Narciso knows he enjoys no such luxury.

“Sun Life has grown dramatically over the last 10 years, and we are the current market leader, both in new business premiums and in total premiums,” he said. “And we continue to expand our agency force.”

At the end of 2017, Sun Life had 11,000 sales agents working for it nationwide, and its new boss has embarked on a mission to raise this even further, knowing that higher revenues are dependent on having both a bigger and a more productive workforce in the field.

“We continue to grow this number because it’s a key strategy we’ve adopted in trying to compete and win in the market,” he said.

More daunting even is Sun Life’s target of having a client base of at least five million Filipinos by 2020—a five-year thrust that began in 2015.

“It’s anchored on getting 5 million ‘lives’ by 2020, and was launched when we celebrated our 120th year,” he said. “When we tried to reflect on where we were and what we wanted to accomplish, that’s when these things became formal and official.”

So far, Sun Life can boast of a portfolio of 2.8 million clients at the end of 2017—a little over halfway to its target client base.

The task of meeting the other half of the target now falls squarely on Narciso’s shoulders. Needless to say, acquiring more clients after most of the other so-called “low-hanging fruits” have already been picked is even more challenging.

But the new Sun Life chief is not deterred by this challenge, noting that the firm’s sales team is on track toward meeting this goal, and may even surpass it once the deadline comes around in a little over two years.

Thankfully, the positive economic environment is on Narciso’s side, with the Philippines growing at a healthy pace and more and more Filipinos becoming financially savvy, as well as attaining greater affluence so as to be able to afford insurance products.

“There are many opportunities we see in 2018,” he said. “Our economy continues to grow well and we’ve been on a 6.5-percent or upward growth over the last several quarters.”

The Sun Life chief points out that this sustained uptrend may have already doubled the size of the Philippine economy over the last few years, presenting a fertile environment for insurance firms to grow their footprint in a market that still isn’t too excited by the prospect of investing in products that predominantly yield benefits after one’s death.

In this regard, Narciso is counting on the fact that Filipino investors have become better informed in recent years and more savvy about where to put their hard earned money.

Finally, Narciso is banking on technology as an enabler that will allow the insurer to extend its reach to potential clients who may still be beyond the horizon of traditional sales agents.

“The average age of Filipinos is 23, and they are predisposed to use digital technology as they enter the workforce,” he said, explaining that this bodes well for Sun Life’s thrust of using the internet to reach more potential clients.

“They are already here, and they will continue to be a big market moving forward,” he said, describing how the firm intends to help younger clients—traditionally viewed as financially incapable—achieve their investment goals.

If that isn’t challenging enough, Narciso must also perform other roles at the insurance giant. That’s because his new role as Sun Life president will be held concurrently to his role as the company’s chief agency distribution officer.

He is also the president of the Sun Life Financial Philippines Foundation Inc., the philanthropic arm of the insurer. He is in charge of the governance of the foundation and oversees the program and partnerships of the unit.

Concurrently, Sun Life Foundation partners with accredited foundations and non-government organizations which share a common vision in “building a brighter world” in the areas of education, healthcare , the environment, and arts and culture.

But even if he has only been Sun Life’s president for the last six months, he is no stranger to the company, having joined it in 1989, handling various agency support roles such as sales training, sales promotions and agency events.

He has been involved with the company’s major projects such as the demutualization and the launching of the mutual funds and preneed businesses.

All told, it’s a good background to have when one faces such a challenging path ahead. Time will tell if Sun Life will be able to meet its growth goals, but with Narciso at the helm, the odds are stacked in the firm’s favor—just like having an insurance policy of its own.